By George he did it: How legendary comics creator George Perez changed the comics industry

There are artists and comic book artists... and then there is George Perez.

If you love the 1980s comic scene, you would know his name. Perez is synonymous and instrumental with that golden decade’s excitement as he set the tone for most of that era’s groundbreaking events, from Crisis On Infinite Earths, to New Teen Titans and Wonder Woman.

But in case you have never heard of the man, here’s what you’ve been missing: Perez is a comics legend famous for his detailed and realistic illustrations, coupled by his penchant for complex crowd scenes. 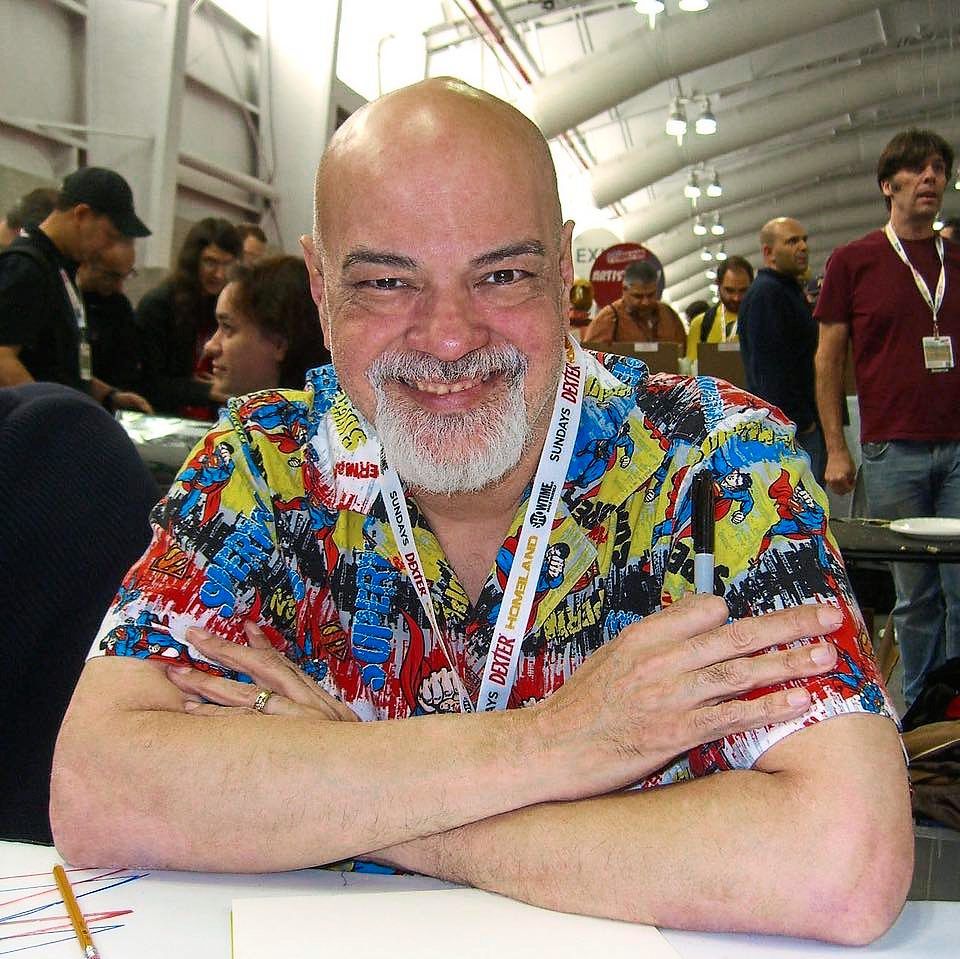 Perez has decided not to undergo treatment for his cancer and just enjoy the remainder of his life on his own terms. – Facebook/TheGeorgePerezBorn in 1954, Perez started drawing at the age of five and made his comic book debut as Rich Buckler’s assistant in Marvel Comics’ Astonishing Tales #25 (1974), where he pencilled a two-page satire on Deathlok.

His popularity grew after stints on Avengers and Fantastic Four, which opened the door to more opportunities, namely the Justice League Of America and New Teen Titans. However, these were just stepping stones in Perez’s illustrious 46-year career, as there have been even bigger achievements, which we will dive into today.

Three years ago (well, Jan 19 in 2019) Perez announced his retirement due to a myriad number of health issues (diabetes, heart ailments, vision issues, etc). The news was akin to the destruction of the multiverse in Crisis On Infinite Earths and left many comic fans (yours truly included) gutted.

Unfortunately, Perez delivered an even sadder announcement last December after sharing his medical prognosis, saying that he only has between six months and a year to live due to Stage 3 pancreatic cancer.

Instead of opting for chemotherapy, and the uncertainty that comes with it, Perez has chosen to just let nature take its course and enjoy whatever time he has left with his wife, family, friends and fans (for details on the full posting, visit “TheGeorgePerez” Facebook page).

We previously did a tribute to Perez in March 2019 in conjunction with his retirement. This time around, we’ll be focusing on his larger than life personality and how his work has influenced the comics industry.

Having been in the industry for almost half a century, no one would dispute the fact that Perez has pretty much drawn almost every Marvel and DC character (who was created prior to his retirement).

From the first Latin American/Puerto Rican comic character (The White Tiger) to each Avenger, Perez the artist is “completist” personified and has inspired other talents to inculcate that same attention to detail in their characters.

Perez’s passion was evident in the 1999 Crisis On Infinite Earths oversized poster where he collaborated with Alex Ross. The poster featured a record number of 562 DC characters (every character who appeared in the series). All were beautifully choreographed to capture key moments in that epic series. That poster has set he benchmark for all team and universe posters.

During his early days at Marvel, Perez used to deliver about five pages of artwork daily while juggling a few titles. What made this feat even more astonishing is they usually involved team-based books.

As it is, drawing multiple characters can be a challenge, but Perez upped the ante by ensuring that every panel was filled with details including the facial expressions, costumes, backgrounds and even the rubble. This earned him the “Pacesetter” nickname and his trademark “Perez rubble” scenes remain legendary in comics. 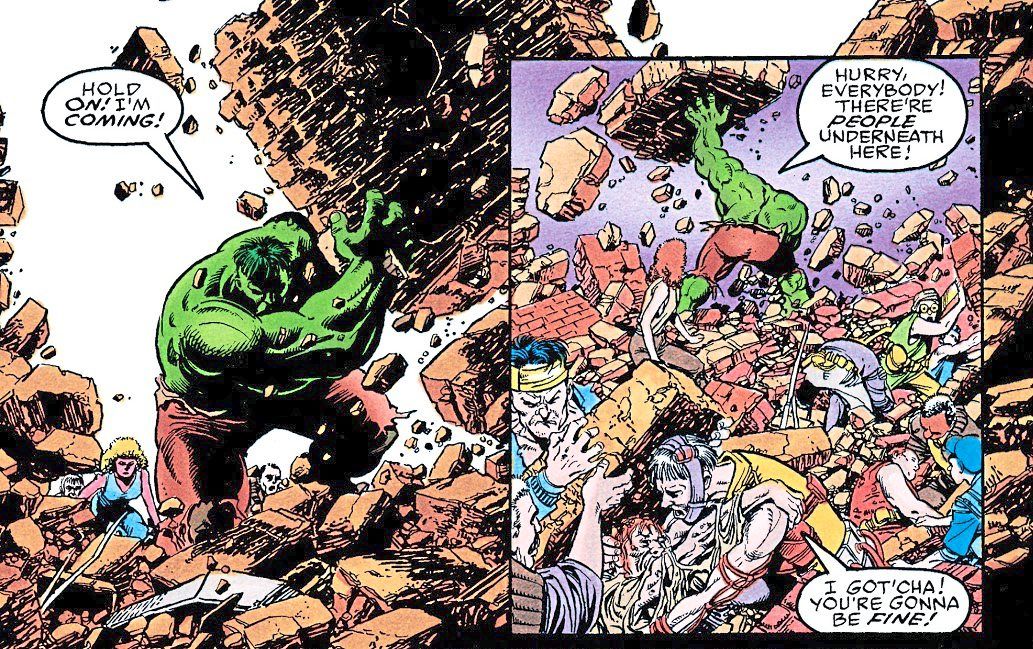 No one else draws rubble like Perez. He just rocks it.

His hardworking attitude extended beyond the drawing board, as many fans can attest to his devotion during conventions. In his present state of health, he still wants to meet up with fans to express his final goodbyes.

Personally, I can’t think of any sub-standard comic book/cover that Perez has illustrated. Even when he was drawing with only one good eye towards the end of his career, his work ethic remained inspirational.

Every single panel was painstakingly detailed, every cover (actually) reflected the comic’s content, and he didn’t use “splash” pages.

As described in the Crisis poster feat, Perez’s uncanny ability to combine a large cast of characters in one cover or a page is a rare expertise.

While we have witness these masterpieces in his work on team books such as the JLA, Avengers, Inhumans, Teen Titans, Legion of Super Heroes and Fantastic Four – there is actually one project that surpasses his Crisis poster.

Perez mastered the “numbers game” ever since he first drew the Avengers (# 141) in 1975, making him the numero uno “team player”.

If he was not drawing team books, readers could then expect lots of details in the comics background (ranging from accessories to possible Easter eggs). Perez was responsible for one of the most epic crossovers between DC and Marvel ever.

Chances of Marvel and DC working together seem rather remote, despite the success of past inter-company crossovers and the fan demand.

The failure to launch the 1983 JLA Vs Avengers crossover, for which Perez had drawn 21 pages, was one of the comic book industry’s biggest cold cases until Joe Quesada (former Marvel editor-in- chief) revisited the project in 2000 and struck a deal with DC to let Perez and fans get what they wanted.

JLA Avengers was not only a blockbuster team-up but it was known as Perez’s dream project, which he delivered with great style. Perez’s role as a comic book historian is one that is often overlooked.Obviously, industry awards are common for Perez.

He has clinched numerous accolades for his artworks, although people often overlook his role as a comic book historian. His contributions towards rewriting Wonder Woman’s mythos in the mid-1980s was recaptured cinematically.

Don’t forget there were loads of merchandise and a large population of cosplayers who carry Perez’s creations.

When it comes to stamping his mark on a book, Perez is like a flavour enhancer since his art makes any character look better.

For example, the Teen Titans looked good when Perez drew them. They even outshone more illustrious competition, like the JLA and the X-Men.

During Perez’s Titans stint, he co-created several characters which have now become (soon to be) household names, including Nightwing, Deathstroke, Vigilante, etc.

Beyond the Titans, obscure names/titles such as the White Tiger, Man Wolf, Logan’s Run, the Malibu Universe and the Crossgen Universe were all given the Perez treatment.

On a personal note

While incredibly sad, Perez’s handling of his final days sums up his devotion and passion towards the world of comics.

His attention to detail has inspired me and to collect his works has been a lifetime passion.

In one of his recent Facebook postings, his final wish was to beat the odds given (12 months) by pushing it to 14 months – to coincide with the 500th “month-versary” of his marriage. I hope he will achieve this.

Thank you for everything, George Perez!