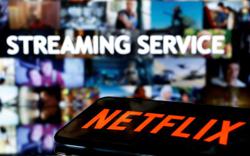 Netflix Inc has bought the works of Roald Dahl, including classics such as 'Charlie And The Chocolate Factory' and 'Matilda', in its latest content deal as the streaming service faces stiff competition from Disney and HBO Max. Photo: Reuters

Netflix Inc has agreed to buy the works of novelist Roald Dahl, snaring a catalogue that has sold more than 200 million copies worldwide including titles such as Matilda and Charlie And The Chocolate Factory.

The streaming giant plans to use Dahl’s characters and stories for animated and live-action films and TV series, publishing projects, games, theatre shows and consumer products, Netflix said in a statement Wednesday, confirming an earlier Bloomberg News report. The deal’s completion is subject to regulatory approvals, it said.

Netflix already had a three-year-old agreement with the Roald Dahl Story Co to make animated shows based on his material. An acquisition is a rare event for Netflix - the company has made fewer than 10 in the past decade - and this would be its biggest. Netflix’s usual practice is to sign deals with big-name filmmakers and TV producers who can deliver the programming the service needs to keep attracting subscribers, which now top 209 million.

But the works of Dahl, especially his children’s books, represent a rare opportunity to lock up the catalogue of a big-name author who appeals to both kids and adults and would give Netflix reams of material to build into movies and TV shows. Many of his books have already made it to Hollywood, including James And The Giant Peach and Charlie And The Chocolate Factory.

While Netflix didn’t disclose terms of the deal, the author’s catalogue is certain to fetch a high price. Netflix’s deal for his works three years ago was reported at the time to be among the biggest ever for kids and family programming, worth US$500mil (RM2.1bil) to US$1bil (RM4.2mil).

Two Dahl film projects are in the works now, according to the Internet Movie Database. Netflix is making Matilda, about the precocious British youngster, and Warner Bros is filming Wonka, a story focused on the young Willy Wonka.

Dahl’s legacy is complicated by anti-Semitic remarks he made over his lifetime. The family has apologised for those on the Roald Dahl website. The author died in 1990 at the age of 74. - Bloomberg 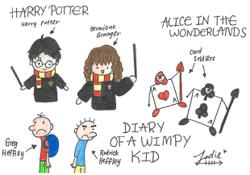