Journalist, author and podcaster Malcolm Gladwell is celebrated for his knack for turning complicated theories and jargon - whether in psychology or economics - into compelling everyday stories that people can easily identify with.

He attempts a deep dive into history with The Bomber Mafia, his seventh non-fiction title, which is loosely based off episodes in his regular podcast Revisionist History.

The book explores two schools of thought during World War II. There are the idealists, the titular Bomber Mafia, a band of strategists that believe in precision bombing, best exemplified by United States Major-General Haywood Hansell.

This more humane strategy aimed to cripple the enemy by targeting industries crucial to the war effort. Yet it had its pitfalls: Neither the aircraft radar nor bombsight was technologically advanced enough. It also heavily depended on the weather, with bombs regularly missing their targets.

Then there are the pragmatists, embodied by Hansell's successor, General Curtis LeMay, who believed in a go-big-or-go-home approach to war. The Bomber MafiaHis scorched-earth philosophy was most evident in the indiscriminate firebombings of Tokyo in 1945 that left an estimated 100,000 civilians dead.

His thinking was that it would be better to force the enemy to surrender early, as a prolonged war would cause more suffering.

Gladwell, who is renowned for his bestsellers such as The Tipping Point (2000) and Outliers (2008), looks at the American war effort in Europe and the Pacific.

In his vivid character sketches, both Air Force leaders spring off the page.

Hansell, his chivalry likened to fictional character Don Quixote, would lose his job to LeMay after repeated failed missions.

And LeMay would eventually be rewarded by the Japanese government in 1964 with the highest accolade for a foreigner - the First Class Order of Merit of the Grand Cordon of the Rising Sun - despite the massive civilian death toll he caused.

By ensuring peace came by the summer of 1945, he was said to have prevented millions more from dying of starvation in winter and was even thanked for rebuilding Japan's Air Self-Defence Force.

Gladwell adeptly interweaves historian accounts and his own research to portray the wartime effort, while also tracing the roots of inventions such as the bombsight and napalm. – The Straits Times/Asia News Network

Gladwell adeptly interweaves historian accounts and his own research to portray the wartime effort. 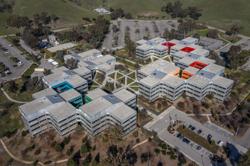