An Instagram exhibition put together by Suzy Sulaiman, features a selection of old works and unpublished sketches from her dad Sulaiman Esa's archives. Photo: Instagram

There are few works by senior Malaysian artist/writer Sulaiman Esa that are discussed as much as the well-known Towards A Mystical Reality, first presented in 1974, and then with selected “reinvented” pieces commissioned for the National Gallery Singapore in 2015.

But how often do you hear of everyday stories such as how a frog hiding in this trailblazing artist's boots on a rainy day once made him scream, how his young children would warily rouse him from his afternoon nap to move his vehicle so they could play on the car porch, or how his daughter used to drive him up the wall by “borrowing” his art tools and, much to his chagrin, adding her doodles to his work?

“My dad's studio was in our house, we lived in a double-storey terrace house and the master bedroom was his studio. We were banned from his studio, and banned from disturbing him when he's in there. Sometimes, when he and my mom were at work, I would curi-curi masuk (sneak into his studio) to borrow his paint or brush to do my art homework, and that's when I would get to see what he was working on, or his sketches he laid around," says Suzy Sulaiman, who is the eldest of four children.

"But my dad basically goes berserk if he finds out I went into his studio because he said that I always take things and never return them. That could be true, ” she adds.

Suzy, an artist and curator in her own right, has put together Home Love: Still Life By Sulaiman Esa, an online showcase of never-before-published sketches by her dad, viewable here.

For art lovers, this is a pleasant treat to view a section of Sulaiman's vast archives. The renowned Johor-born artist turns 80 this September.

With new drawings uploaded every day, until at least June 6, this collection of works shows us some of Sulaiman’s early works and also offers a glimpse into everyday life at home, as shared by Suzy in her accompanying stories and anecdotes.

“I wanted to present two simultaneous entry points to the audience. One is purely visual and the other, a written text - and both come together in your mind space. I wanted the text to be personal, almost as if someone is whispering them in your ear, because I want the audience to feel like they are sitting right there, at the moment these drawings were made. Much like how I was a kid playing with my toys and sitting in my dad's studio as he painted, ” she shares.

The idea for Home Love was sparked when he pulled Suzy aside one night and asked if she had any idea what he could do with these works, many of them unfinished and in his eyes, not up to his usual exhibition standard. 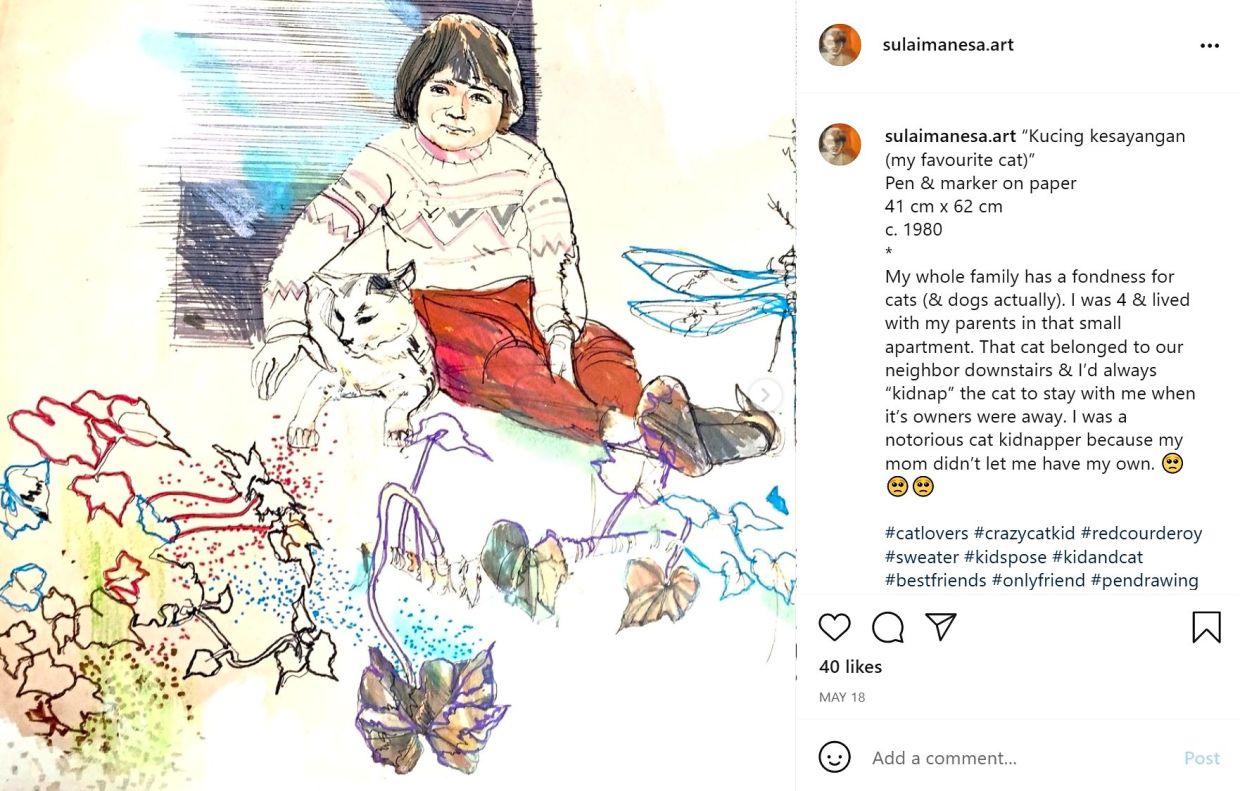 Like so many households during these pandemic and lockdown days, the idea of a massive decluttering and spring cleaning exercise has been partly entertained.

"My dad was in limbo, because it seems like a pity to just dispose of these old works. So Home Love, an Instagram exhibition, is what I came up with, ” says Suzy.

As it turns out, going through all his drawings was quite an eye-opening experience for her. Among the hundreds of works are paintings from his teenage days, where he copied Vincent van Gogh and Claude Monet’s styles as a way to teach himself art; theatre set and costume designs for the late Krishen Jit’s productions; and sketches of women’s clothing.

“About 90% of these works are new to me. Like, I didn’t know he was into designing women’s fashion. I learned about that part of his life only last week!

“This exhibition has light-hearted stories mixed with more serious ones. I would like to see if it is possible to create a journey of emotions through these works, ” she says. 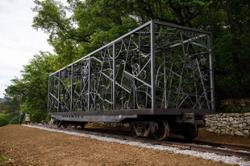