How emotional online reviews and comments are helping to sell books

Before buying a book, many people take a look at online reviews by other consumers in much the same way that they would if they were choosing a film, heading out to a restaurant, or ordering takeaway. Photo: AFP

Online reviews that are heavy on emotion can make a major contribution to the success of a book, according to a new study published by Northwestern University.

Budding authors often dream about having their books on the New York Times best-sellers’ list. Now a new American study has revealed that online reviews can make a major contribution to getting them there, especially if they are focused on an emotional response to reading the works in question.

Before buying a book, many people take a look at online reviews by other consumers in much the same way that they would if they were choosing a film on Netflix, heading out to a restaurant, or ordering takeaway.

In a newly published study, researchers at Northwestern University investigated consumer reviews along with sales figures for 1.6 million books, 2,400 films and 1,000 restaurants to determine their impact on purchasing decisions.

The first thing they noticed was that the vast majority of reviews are overwhelmingly positive. On Amazon, for example, the average number of stars attributed by reviewers stands at 4.2 out of 5.

This phenomenon is not restricted to the American e-commerce giant.

“A principal problem with this degree of positivity is that the ratings themselves may ultimately be an unreliable indicator of the success of that item and the human behaviour that underlies this success (for example, restaurant reservations)”, note the authors of the study.

But if this is the case how can we predict that certain books and films will enjoy more success than others from online reviews? According to the researchers from Northwestern University, the answer to this question is linked to what the reviews actually say.

Formulaic praise to the effect that a book is truly excellent does not have the same impact on consumers as more personal comment, which highlights the emotion inspired by reading a book.

Emotion as a business on TikTok

Although the study did not extend to reviews on social network, if it had it would have noted the huge influence of emotional marketing on #BookTok, a literary haven on TikTok. The hashtag has now generated 6.3 million views on the platform that is popular with the members of Gen Z.

Most of these have been generated by videos of young readers who film themselves with tears in their eyes, in the wake of reading a particularly moving book like We Were Liars by E. Lockhart or The Song Of Achilles by Madeline Miller.

According to the New York Times, literary recommendations of this new type are having a major impact both online and also in bookstores.

“These creators are unafraid to be open and emotional about the books that make them cry and sob or scream or become so angry they throw it across the room, and it becomes this very emotional 45-second video that people immediately connect with, ” explained Shannon DeVito, director of books at Barnes & Noble, to the American daily.

“We haven’t seen these types of crazy sales – I mean tens of thousands of copies a month – with other social media formats.” – AFP 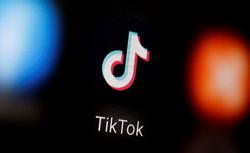