'My England would be the one that recognises its place in the EU,' the late John le Carre told a US interviewer in 2017. Photo: Reuters

"He was, by the time he died, an Irish citizen," the novelist's son Nick Cornwell told the BBC.

"One of the last photographs I have is of him sitting wrapped in an Irish flag, grinning his head off."

Cornwell told the British state broadcaster his father - who died aged 89 - visited his grandmother's native city of Cork in Ireland and experienced an "emotional shift".

EU member Ireland allows individuals with Irish parents or grandparents to claim citizenship, and there has been a boom in applications since Britain's 2016 referendum decision to split from the EU.

His writing chronicled post-empire Britain from the Cold War until the present day and did not shy from scathing criticism.

An avowed Europhile, he was also an outspoken critic of Brexit, and at the last general election in 2019 said that Britons should "join the resistance" against Prime Minister Boris Johnson.

"My England would be the one that recognises its place in the EU," he told a US interviewer in 2017.

"The jingoistic England that is trying to march us out of the EU - that is an England I don't want to know." - AFP 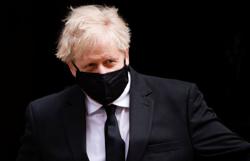 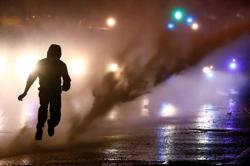