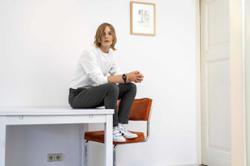 It is no overstatement to say that on an Inauguration Day filled with memorable moments, 22-year-old poet Amanda Gorman's poetry reading was definitely one of the most lasting.

Her poem, The Hill We Climb, echoed President Joe Biden's address and brought optimism to a country bruised by four years of Donald Trump's divisive rhetoric and chaotic management style, not to mention a Capitol that had been invaded by dangerously hubristic Trump followers just two weeks earlier.

While it's not uncommon for poetry to be set to music after the fact, it was nonetheless a surprise to hear Gorman's poem accompanied by smooth, low-key electronic music on the Seattle radio station KEXP on last Wednesday, just a couple of hours after she delivered it.

The ad-hoc song, which found longtime station DJ Cheryl Waters simply playing a recording of Gorman's poem over a song called Zion by Seattle funk-rock ensemble Polyrhythmics, was both energising and soothing, and suited the message of the inspiring words without being inflammatory. Listeners were initially confused about the music because the two recordings are listed separately on the playlist on the station's website. The song is from the band's 2020 Fondue Party EP.

"One of the wonderful things about KEXP is there a human programming the music at all times, and we have the freedom to respond in real time to what's going on in the world," Waters tells Variety.

"I thought a lot in advance about what I might like to play today but wasn't sure what the mood would be, so I was programming on the fly. I was so inspired by the speech, her powerful voice and important words that I decided to air it on my show, and I knew the vibe of that amazing Polyrhythmics song would go so perfectly with it. I got quite a wonderful response -- it was exhilarating to come up with the idea during my show and have it be so meaningful to listeners."

While the track is not available as an official release, Waters noted that listeners can hear it for the next two weeks in KEXP's streaming archive on the free mobile app, or here. 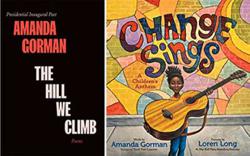 A new enthusiasm for the work of women artists - but at what price?
Do you miss the daily grind and office life? This book will cheer you up
Christie's to auction 'highest-estimated Asian artwork' in Hong Kong
Get chills shot down your spine with KLPac's 'Don't Let Hantu Know' series
Jean-Michel Jarre’s latest project is a trip to the Amazon rainforest
Livin' on a prayer: Champion Pakistan Quran reader in full voice
This library in Penang safeguards the island state's precious historical collections
Malaysian traditional arts receive a boost with Adiguru Cendana Programme
Malaysian artist wants more ordinary heroes shaping the future of superhero storytelling
Michelangelo's David statue gets a 3D-printed high-tech twin