From Kazuo Ishi­guro to Viet Thanh Nguyen, there is no shortage of new book highlights in the coming months. Photo: Handout

Say what you will about 2020, it was a great year for books. How's 2021 looking? Here are some titles we are looking forward to in the first four months.

Irish writer Barry, winner of the Dublin Literary Award and the Goldsmiths Prize, returns with his third collection of stories that blend humour and pathos, beauty and sorrow.

Whiting Award-winner Owusu writes about her peripatetic childhood, following her father – a United Nations official – from Africa to Europe to America and back again, while her Armenian mother disrupts her life by abandoning her and then returning.

Inspired by a news story in the Star Tribune, Minneapolis filmmaker and writer Larson set out to plumb the mystery of a Japanese woman who was found dead in rural North Dakota.

How The One-Armed Sister Sweeps Her House, by Cherie Jones (Little, Brown, Feb 2)

As You Were, by David Tromblay (Dzanc Books, Feb 16)

This tough and painful coming of age memoir by Tromblay tells of growing up on the Fond du Lac Reservation outside of Duluth with an abusive, alcoholic father.

The subtitle of this exciting book of nonfiction by St Paul writer Brady says it all: The Remarkable Story of Three Dutch Teenagers Who Became Spies, Saboteurs, Nazi Assassins And WWII Heroes.

The long-awaited sequel to the Pulitzer Prize-winning The Sympathizer takes place in Paris, where the Sympathizer and his brother Bon turn to drug-dealing and fall in with a group of left-wing intellectuals.

Klara And The Sun, by Kazuo Ishiguro (Alfred A. Knopf, March 2)

In his first book since winning the Nobel Prize for Literature in 2017, Ishiguro brings readers to a futuristic world where Klara, a solar-powered robot, awaits a human friend.

A multi-generational novel by Dakota writer Wilson, telling the story of women forced to leave their traditional way of life and then returning.

How Beautiful We Were, by Imbolo Mbue (Random House, March 9)

Set in a fictional African village, the new book by the author of the award-winning Behold The Dreamers is the story of an American oil company and the poisonous damage it is wreaking on the village.

As a child, Ali lived in a small Canadian town while his father worked on the construction of a hydroelectric dam. But when he returns to Manitoba as a grown man, Ali sees the damage his father's work inflicted on the Native community nearby.

The sequel to the bestselling memoir The Salt Path tells the story of what happened to Raynor and her ailing husband, Moth, after their long walk was over. – The Star Tribune (Minneapolis)/Tribune News Service 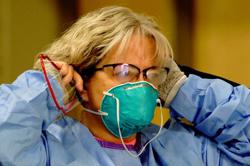 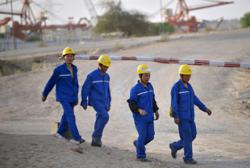