When composer Ng Chor Guan started commuting by bicycle in car-obsessed Malaysia a decade ago, he was struck by how quickly his city was changing and the sounds he would not have heard if he had been driving.

It led him to start recording the everyday sounds of Malaysian cities, one of a growing number of artists in Asia from India to Hong Kong who are seeking to preserve audible heritage in the region's fast-changing urban hubs.

"Sound has many powerful hidden messages. It's not only about recording a certain event, but also the evolution of a place," said Ng, 39, who records urban soundscapes from pockets of jungle to communal areas threatened by redevelopment.

Today the award-winning composer combines sound preservation with contemporary art, taking his performances to audiences across Asia and Europe.

"I realised some sounds are disappearing or changing," said Ng, citing multicultural Malaysia's 'rojak' pidgin. Blending several local languages and named after a mixed fruit salad, the pidgin can often be heard in places like street markets.

"From one city to another, these sounds each have their own identity and uniqueness. I'm hoping more people can hear them and rediscover their cities," he said recently in Kuala Lumpur.

Asia-Pacific has one of the world's fastest urbanisation rates, according to the United Nations, with half of its population - or some 2.3 billion people - living in cities for the first time in 2019.

As the region becomes more developed, urban soundscape studies have often focused on noise pollution, while efforts to preserve the identity of cities have concentrated on heritage buildings or through visual works, conservation experts said.

"There are certainly not enough efforts to record 'historic sounds' related to places and activities," said Jeff Cody at the California-based Getty Conservation Institute, which seeks to preserve cultural heritage.

"This is very lamentable, not only for nostalgic reasons, but also because often these sounds relate to the social significance of the historic places where they're present," said Cody, an architectural historian whose work focuses on Asia.

William Chapman, a historic preservation professor at the University of Hawaii, said sound conservation gave a peek into how a city once was, noting a recording of 18th century Paris in which the sound of pigs being taken to market could be heard.

In Delhi, the sing-song chants of hawkers who roam neighbourhoods selling everything from vegetables to shoes are a fixture of life in India's capital, but their numbers have dwindled in recent years, said Indian artist Rashmi Kaleka.

In 2000, she began to record the calls of the vendors - known locally as the pheriwalla - who are coming under increasing pressure due to the rise of e-commerce and official efforts to regulate where they can trade. A street vendor serves food to a customer at a fruit and vegetable wholesale market in New Delhi. Photo: AFP

"With coronavirus and lockdowns now, it has just become extremely difficult for them to come back to these middle-class colonies," said Kaleka, who has more than 2,000 clips she recorded over 15 years before she took a break in 2015.

Her sound installations on the vendors have been featured domestically and abroad, and she is considering starting a digital platform to archive her work more systematically.

"They are disappearing, they are doing something else, it's not feasible or economical for them to be hawking," said Kaleka, 63.

In Hong Kong, Kan Hei-chun runs an online sound library archiving the natural soundscape he recorded from forests across the densely packed city which he feared would one day give way to development and skyscrapers.

He also records urban sounds - from an ancient Chinese ritual of beating away the evil spirits with a pair of shoes that still thrives in Hong Kong today, to the city's famous trams which are nicknamed "ding ding" for the sounds they emit.

Despite their iconic status, the trams have faced persistent noise pollution complaints from some residents and have been undergoing upgrading work in recent years that includes coating the tram lines in rubber to make them quieter. 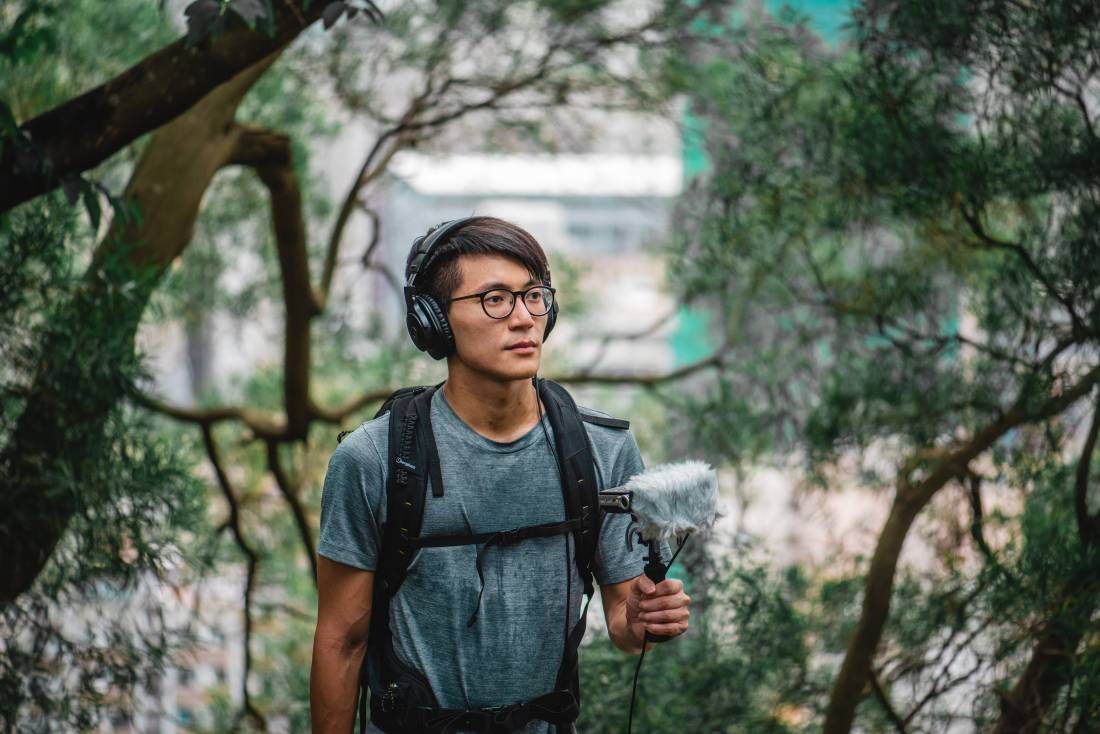 "Will our children ask why the trams are called the ding ding if these sounds disappear one day?" said Kan, 26, a sound designer who works on concerts and productions.

"They are quieter and it's good to tackle noise pollution, but we are also losing a slice of our collective memory in this city. These sounds symbolise our era, our generation - they're all part of our culture and identity that we need to preserve."

Fei Chen, an architecture expert from Britain's University of Liverpool, said sounds are an "important carrier" of the memory and identity of a place as they represent the social dynamics that once existed there.

"Nevertheless, with the change of the social dynamics over time, place identity is evolving. Some sounds would inevitably disappear, and new sounds will emerge," said Chen, who has studied preserving cultural identity in Chinese cities.

"The pity here is the disappearance of the original community along with the demolishing of the physical spaces, this makes the artists' work particularly relevant for conservation."

Cody from the Getty Conservation Institute called on local communities to create a "sonic database" to document significant sounds before the city changes.

"Local activists might be able to use the sound-recording as a catalyst for galvanising others to protect the places associated with the sounds before they are destroyed forever," he said. - Thomson Reuters Foundation