Budget 2021: Is RM15mil enough to revive the ailing arts industry?

Budget 2021 has given a much-needed boost for the arts and culture industry which has been severely hit by the Covid-19 pandemic.

More than 5,000 arts and cultures practitioners are expected to benefit from this fund.

"This is an encouraging announcement for arts and culture, and demonstrates a positive understanding by the Government of Malaysia on the important role of the arts and culture in all our lives and in the life of the nation, despite this unprecedented crisis," says Izan.

"This allocation affirms the Government’s commitment to place the arts and culture at the centre of Government policy and is a further endorsement of the ambitions laid out in Shared Prosperity 2030," she adds.

Izan says 93% of Malaysian artists and cultural workers surveyed recently had been negatively impacted by the pandemic, with 70% having lost all or most of their income.

According to her, the RM15mil allocation will enable Cendana to provide continued and critical support to arts and culture individuals and communities in all sectors.

Getting the funds across

“It’s encouraging to see that there is an increase in the budget allocation for Cendana as compared to 2020, ” says Kuching-born sape player Alena Murang.

“I hope that this will extend to the arts industry in East Malaysia, as well as artists in harder to reach places across Malaysia, ” she adds. Alena Murang hopes the RM15mil allocation will be fairly distributed, and that the arts and culture industry in Sabah and Sarawak will not be left out. Photo: Filepic

Contemporary artist Dhavinder Singh, 37, who received funding in May this year from the Visual Arts Inspire Funding Programme from Cendana, says it is important that the Government continues to support the arts and culture community in these difficult times.

"I wouldn't have been able to hold my Tagistan exhibition (in Kuala Lumpur) if the grant wasn't approved, so it is really worth a shot to apply for such funding if available," says Dhavinder, who received RM37,000 in research and showcase funding from Cendana.

"As an independent artist, it was a big boost for me to see that the grant also allowed me to hire a curator and project manager for the exhibition," he adds.

Scott Woo, founder of VerSes Music Ensembles, a classical-based event company in KL, says this is a great and welcomed decision by the Government.

"Through the initiatives supported by Cendana, the funds will undoubtedly aid the livelihood of those in the arts and provide the motivation to go on creating, ” says Woo. 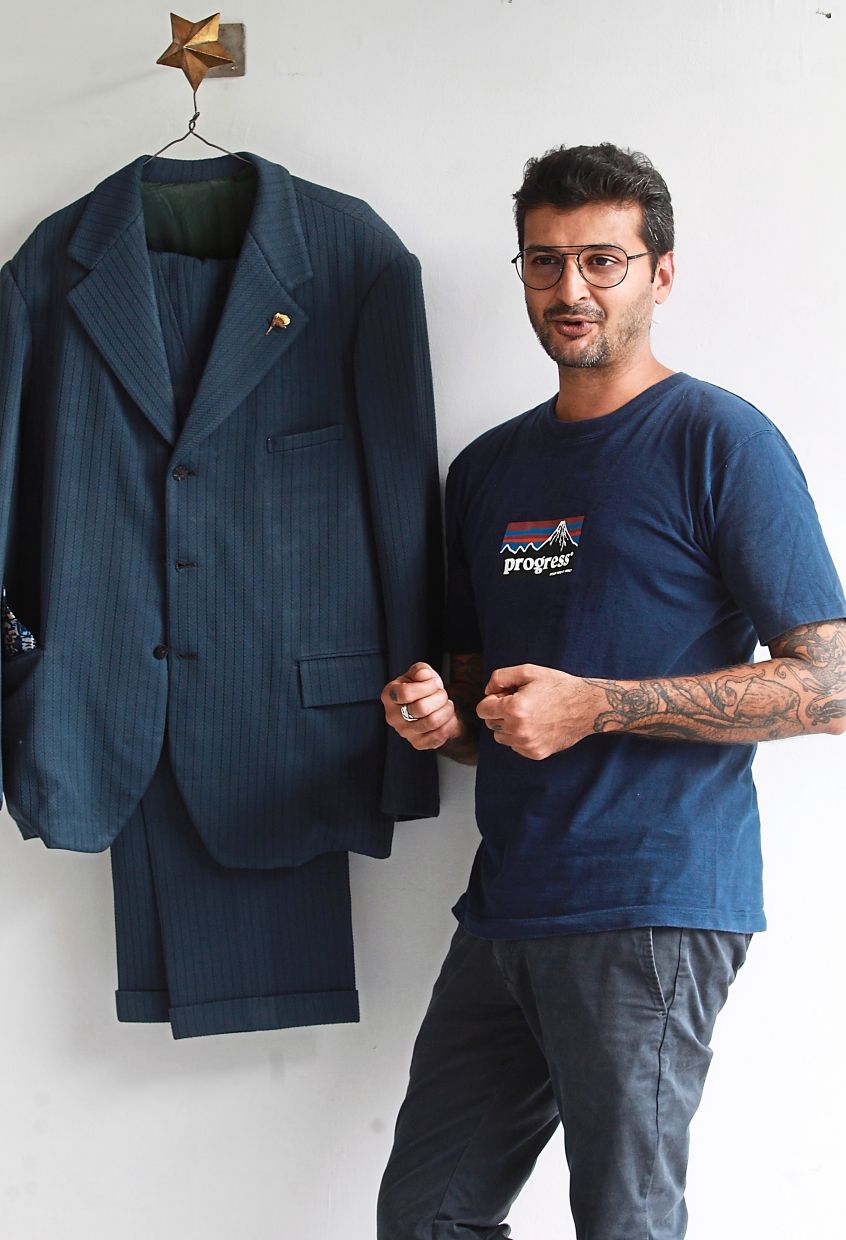 Dhavinder Singh says it is important that the Government continues to support the arts and culture community in these difficult times. Photo: The Star/Norafifi Ehsan

Ipoh-based Mohd Jayzuan, a writer/musician, says there are many avenues to get funding for the arts in Malaysia, and Cendana is one of the main networks.

"People will just have to work harder to keep their arts practices going. Keep a look out for funding where possible, it doesn't hurt to make that extra effort," says Jay.

"The ongoing pandemic is going to further decimate the arts scene. With the RM15mil from Cendana now, I hope that the funds will be channelled fairly and promptly to those in need... less bureaucracy would be a start because there are still lots of complaints from many artists that it’s really hard to get a Cendana grant.

“Too much red tape with Cendana? Maybe. Let's see if they can sort out their arts recharge programmes, really hit the grassroots and help prop up what's left of the Malaysian arts," he adds.

But some are wondering how the RM15mil allocation will be used or whether it is enough.

“While we are glad that there is some allocation for the arts, whether it is sufficient to revitalise the arts is hard to say as the impact of Covid-19 is likely to extend into 2021 and beyond, ” says Joe Hasham, co-founder and artistic director of the Kuala Lumpur Performing Arts Centre (KLPac).

“It seems higher than last year but RM15mil for the entire county? I don't think it is enough. Since the money is limited for Cendana, they would have no choice but to lower the amount of the grants that they can offer so that more people have a chance to apply and get some support, ” says Tan Eng Heng, Damansara Performing Arts Centre’s theatre manager.

"While it is a positive development, we also feel RM15mil in total for the arts still falls very short to overcome the existing infrastructure vulnerabilities, namely the lack of social nets and a sustainability roadmap for artists and art companies, and addressing the urgent need to prioritise arts education to develop future audiences," says Five Arts Centre member June Tan.

She adds any incentives provided would enable artists to make work about local culture and contemporary issues, while still engaging with audiences and communities in direct, live ways under SOP guidelines. 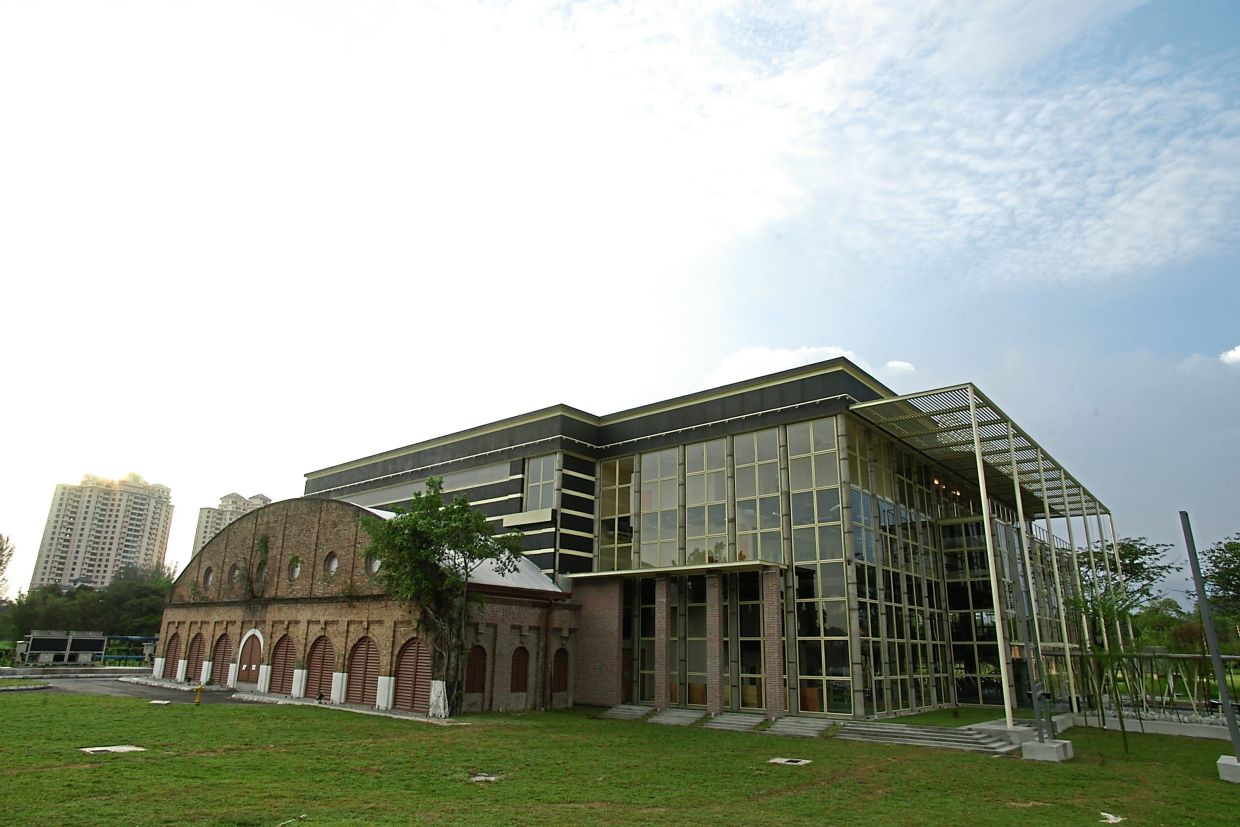 The combined losses of KLPac, The Actors Studio and PenangPac will likely reach RM2mil by year end. Photo: KLPac

Arts coalition Reformartsi also says the allocation is welcomed, but not enough to help artists recover from the pandemic or develop the arts.

"We're still stuck in a post-1971 framework and its time we change and look at the contemporary issues faced by artists today. After many meetings and consultations, we hoped for a better outcome but will continue to improve our industry with what we have as we've always done," says Sharifah Aleysha, Reformartsi spokesperson.

“It says it would impact up to 5,000 practitioners but in what way? It could be outright aid? For upskilling in the arts or development of new work? It could be for digitalisation of work and so on. So many possibilities. Hard to say, until we hear from Cendana on what it would cover or include, ” says Juvita.

Both Hasham and Tan also point out that no specific allocations were given to performing arts venues.

“It was mentioned that the allocation will benefit 5,000 arts workers but there was no mention of venues that have high fixed costs and are bleeding dry, ” says Hasham.

Hasham adds that the combined losses of KLPac, The Actors Studio and PenangPac will likely reach RM2mil by year end.

“As a venue, we really hope the government can subsidise us separately so we can stay alive," says Hasham.

"Honestly we are very thankful that Cendana is trying their best to help the industry but without a proper arts development policy, the same old story will keep repeating and slowing us down to move forward, ” adds Tan.

"I'm curious to know how it's going to be disbursed, particularly for smaller performing arts companies and organisations which were hit most by Covid-19, ” offers Kelvin Wong, founder of theatre collective Theatresauce.

“Equity, not equality, is key. Sure, we at Theatresauce want to continue making works that matter to Malaysian audiences, but our first and foremost target is to continue nurturing emerging generations of theatremakers. We hope there's disbursement for that in 2021," he concludes.