Streaming event: positive effect of music and dance on dementia 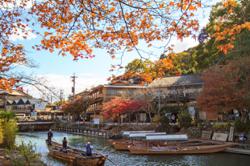 How a sightseeing livestream of Kyoto sparked a controversy online

An online session titled "Totsu-Totsu Dance" to discuss non-contact communication through dance and music, and its effect on the elderly who suffer from dementia will be held on Nov 1.

Organised by Japanese arts association Torindo, in collaboration with The Japan Foundation, Kuala Lumpur, and supported by Graceville Maizuru, the talk will run from 1pm to 3.45pm on YouTube Live.

The talk is free, with interpretation in English and Japanese.

Registration is required here. A link to the session will be provided to registrants.

It will be moderated by Mori Mariko, art producer and representative director of Torindo.

“The hope is that this could be an opportunity to know more about the increasing number of dementia patients thanks to an ageing society, and the environment and social problems relating to their care. Furthermore, by presenting a communication approach other than words - such as through music and dance - the aim is to show new possibilities to patients themselves, as well as their families and caregivers. With activities in different regions such as Japan and Malaysia as the reference points, this collaboration could further expand the possibilities,” says Mori of the Totsu Totsu Dance online talk. Japanese association Torindo has been holding dance workshops with choreographer/dancer Jareo Osamu in collaboration with residents and staff at the Graceville Maizuru nursing home for the elderly in Kyoto, Japan. Photo: JFKL

In Japan, Torindo has been holding dance workshops and dance performances with Jareo, in collaboration with the residents and facility staff since 2009 at the Graceville Maizuru nursing home for the elderly in Maizuru City, Kyoto.

In Malaysia, Kamal has been researching how music can be used as a form of therapy for patients with Alzheimer's disease.

In this online session, video recordings of workshops by Jareo and Kamal will be used as a starting point for the discussion.

“Osamu Jareo has produced works with not only artists but also people with disabilities, the elderly and pregnant women, and is interested in how the creative process affects them. As for Kamal Sabran, he has an interest in the relationship music has with welfare and health, and the value of music as therapy. His research has found intriguing results that patients with Alzheimer’s respond particularly to certain sounds,” says Mori.

This talk will cover topics such as the benefits of dance and music for dementia patients, and how it can be quantified; possible collaborations between artists, the elderly/patients, and the community (nursing homes and welfare facilities); non-verbal and no-contact (for instance, online) communication between artists and patients; and the possibility of creating future stage or video works.

In Japanese, Totsu-Totsu describes a way of speaking that is not fluent but faltering.

“The dances created by Osamu Jareo with the elderly are not necessarily beautiful technique-wise, but produced as a result of patiently exploring the movements and mannerisms that suit each person’s body. This is where the project’s name, Totsu-Totsu Dance, comes from,” explains Mori.

She also points out that Fujinami conducts research that connects social welfare and IT. For example, he studies how the movements of a master and novice differs using motion capture technology, in activities like pottery making, samba dancing, soccer ball dribbling, and the use of plectrum in a shamisen (traditional Japanese musical instrument) performance.

“As a result, the process through which people master specific skills is revealed scientifically, which could then be applied to teach robots and assist beginners learning new skills. Through his work, Fujinami explores what skills are necessary at care facilities,” she says.

As for who should watch the online talk, she indicates that everyone is welcome, but caregivers, medical staff, families with dementia patients, therapists and artists would stand to benefit from it in particular.

“It may be a useful reference to their everyday lives, and we would also like to get their feedback on it. We welcome people from around the world who are interested in watching it,” she concludes.

How a sightseeing livestream of Kyoto sparked a controversy online 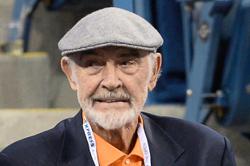