The ornate wooden homes dotting the Siberian city of Tomsk are cherished landmarks, but that hasn't prevented many from falling into disrepair following years of neglect, with some now facing demolition.

A large number, however, look as if they have been abandoned.

The townhouses represent some of the finest examples of wooden architecture in the country.

Yet historians in the city say their future is uncertain, with government support too slow to respond to the urgent need to save them and commercial interests spying prime real estate.

Many of the homes have only survived this long because residents "were forced to live in what already existed", said historian Sergei Maltsev, 46.

There are around 2,000 of the historic houses in the city of 575,000 people, Maltsev says, pointing out that fewer than 100 are preserved by the state as heritage sites.

Some fall prey to real-estate developers and can be levelled on orders from the mayor. An example of the frontage of a traditional wooden house in the Siberian city of Tomsk. Photo: AFP

At the beginning of the 20th century, it was a major transport hub through which merchants would pass on their way to Asia.

Traders, craftsmen and blacksmiths built hundreds of the houses made of wood - affordable building material at the time - to demonstrate their success.

But the age of prosperity was short-lived.

In the 1910s, Tomsk was stripped of its status as the regional capital in favour of a village called Novonikolaeyvsk, located some 265km southwest, which was to become a stop on the Trans-Siberian railway.

That settlement would later be renamed Novosibirsk, now the third largest city in Russia and a large industrial centre dominated by imposing Soviet-style buildings made of concrete blocks. 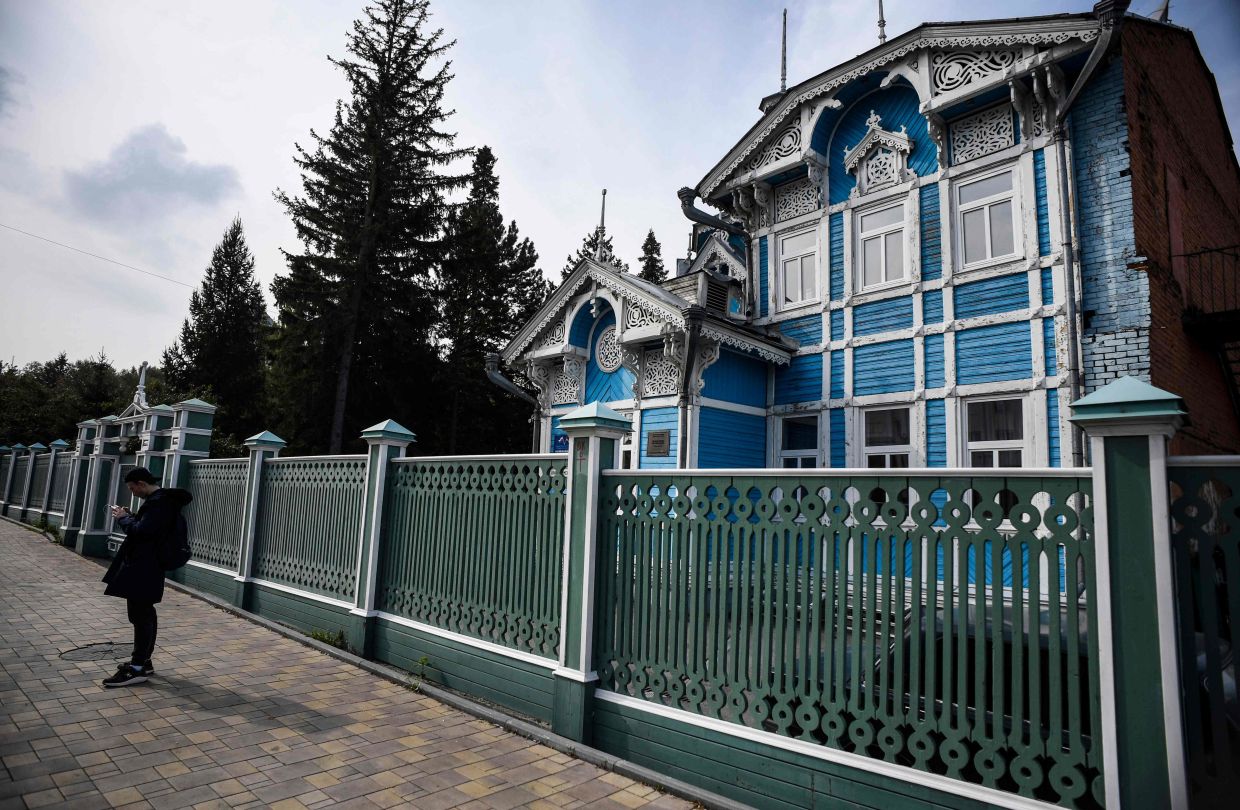 A man stands in front of a house of German- Russian Friendship, a traditional wooden house in the Siberian city of Tomsk. Photo: AFP

In 2016, a project was launched aimed at establishing a historic preservation zone in Tomsk within which the wooden houses could not be destroyed.

But the initiative has been slow to get off the ground even though Russian President Vladimir Putin last year personally instructed local government to ramp up conservation efforts.

Maltsev puts this down to "lobbying by construction companies" or the "usual bureaucratic delays".

Another conservation programme sees the properties rented at a symbolic price on the condition that they will be restored by their new inhabitants.

But it is yet to have any significant impact.

Maltsev says the programme "works" but notes it has saved fewer than 10 houses since it launched three years ago.

"It takes a long time and there are few investors given the current economic situation," he said.

The historian believes that only "political will" can protect the landmarks.

He gives as an example the ongoing renovation in the town of Plyos on the Volga River where former president and prime minister Dmitry Medvedev is believed to own an estate.

"Unfortunately, none of the big bosses are from Tomsk," jokes Maltsev. - AFP 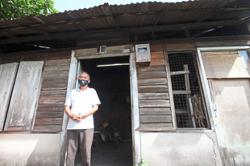