She will be joined by Naomi Klein, author of seminal economic and environmental books such as The Shock Doctrine (2007) and No Logo (1999); art historian Sarah Lewis; and novelist, critic and photographer Teju Cole.

This is the highest number of international headliners that the festival, organised by the (Singapore) National Arts Council, has ever featured.

It will run from Oct 30 to Nov 8 in its first fully digital edition due to Covid-19. Its theme this year is Intimacy. 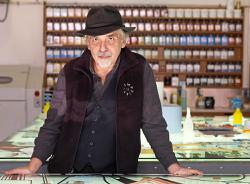