Vincent Namatjira posing with his portrait 'Stand Strong For Who You Are' which won Australia's Archibald Prize. Photo: AFP

Namatjira, 37, was awarded this year's A$100,000 (RM293,000) Archibald Prize for his painting of indigenous footballer Adam Goodes in a work he titled Stand Strong For Who You Are, the Art Gallery of New South Wales said.

Goodes, a standout player for the Australian Football League (AFL) for nearly two decades, left the sport and his Sydney Swans club in 2015 after constant booing by crowds that league management was slow to call out as racist, and for which it and its 18 clubs apologised last year.

A documentary called the The Final Quarter was made about Adam’s final season in the AFL, which Namatjira said had deeply moved him.

"My guts were churning as I relived Adam’s experiences of relentless racism on and off the field," Namatjira, who is a member of the Western Arrernte community from central Australia, said in a statement. 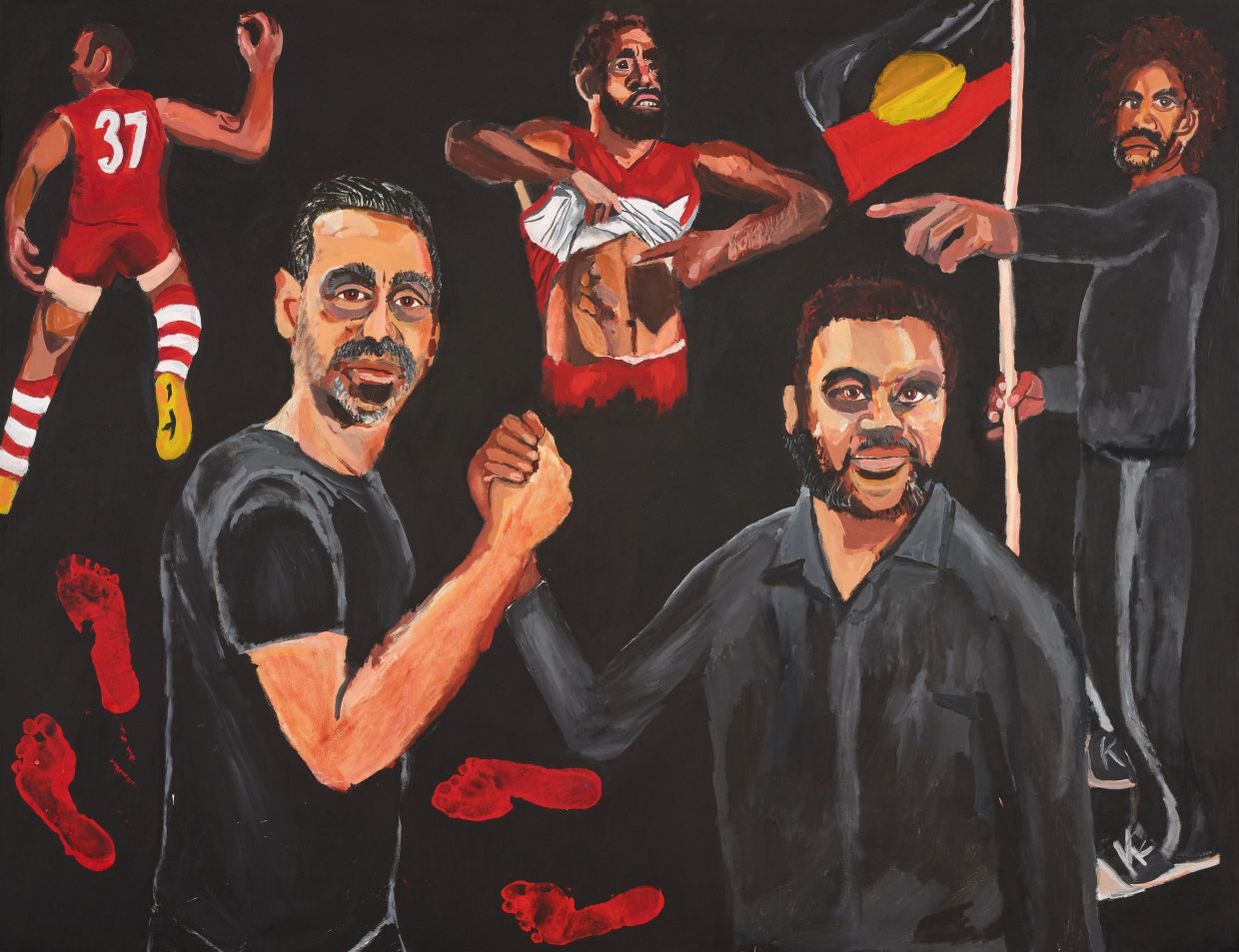 'We share some similar stories and experiences - of disconnection from culture, language and country, and the constant pressures of being an Aboriginal man in this country,' says Namatjira of his portrait tribute to indigenous footballer and activist Adam Goodes. Photo: Reuters

"We share some similar stories and experiences - of disconnection from culture, language and country, and the constant pressures of being an Aboriginal man in this country," he said.

Australia has seen a renewed focus on indigenous empowerment following the global Black Lives Matter movement and the destruction of sacred Aboriginal rock shelters by miner Rio Tinto. Aboriginal Australians have shorter life spans and higher rates of imprisonment than other citizens.

Namatjira, whose work is in collections around the world, including the British Museum, is the great-grandson of the watercolour artist Albert Namatjira, whose landscapes made him among the most prominent painters of his generation.

The win follows that of Meyne Wyatt, also an indigenous artist, for the A$1,500 (RM4,390) packing-room prize, chosen by gallery staff who take, unpack and hang the Archibald entries, and comes as the judging panel for the first time included an indigenous member. - Reuters 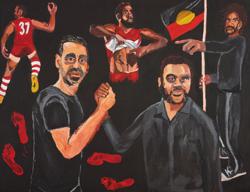