The performers behind 'A Sound Journey Of Lang4 x Lepak', billed as a 'concert without musicians' at Black Box, Publika in KL. The event will be presented through recordings, visuals and exhibits. Photo: Orang Orang Drum Theatre

A concert without musicians. That feels a little difficult to imagine, doesn’t it? But at theatre group Orang Orang Drum Theatre’s new production, music lovers can experience this relatively new concept in Kuala Lumpur for themselves.

A Sound Journey Of Lang4 x Lepak (Lang4 is a Chinese character meaning "wandering") is billed as a "sound installation art" project.

It will be held at the experimental Black Box theatre in KL, starting Sept 18.

The entire venue will be transformed into an immersive "listening" space, set up with six to eight speakers from a sound system.

The instruments used in the recording of this second album from the group will also be exhibited.

For this unique pandemic-era launch party, audience members – with public event SOPs in place – can embark on a journey, and are free to stand up, sit down, move, or even dance if they like. Only 50 people are allowed in for each session.

“Lang4 x Lepak is our second album, which was created during the lockdown period. The message in this album is ‘jom rayau sambil tu lepak’. So we would like to invite the audience to 'travel' to different places through our music, ” says Damien Leow, Orang-Orang Drum Theatre manager/album producer.

A Sound Journey Of Lang4 x Lepak features music recorded by 10 performers, a sound engineer, a sound assistant and a video assistant. The instruments used on the new album will be exhibited at the Black Box venue. Photo: Orang Orang Drum Theatre

For this 'sonic bath', you can expect the Black Box venue to come alive to the sounds of Chinese drums, the sape, gendang, xylophone, gamelan, and didgeridoo, and even percussion riffing off found sound objects (bells to cooking pots).

Seven songs from its new album, including Roar, Bakar, Tuyang Sits In The Corner and Bayang Berdengung, are set to take listeners on an audio adventure from the city to a rural village.

“What we tried to do this time is very different from the usual recording process. We chose to record Lang4 x Lepak in a theatre (Pentas 2, KLPac). We wanted to capture our music live," says Leow.

So why come to this album launch instead of listening to the album at home?

Leow mentions that the Black Box shows will be all about the experience. Orang Orang Drum Theatre's new album, which will be available for purchase at the 'A Sound Journey Of Lang4 x Lepak' shows. Photo: Handout

“In the shows, the speakers are not only about volume. They actually enhance the dynamic of the sounds of every single instrument and also the vocals. You will feel like the musicians are playing by your side, ” says Leow.

This new album is Orang Orang Drum Theatre's bright spot in a pandemic-hit year that has seen many of its classes, shows and activities cancelled.

"We will find ways to keep the music going, we will continue to create new works and share our passion," he concludes.

Acclaim has also been forthcoming for this group when its 2019 show Laguku 2.0 won three awards at the 2020 Boh Cameronian Arts awards. 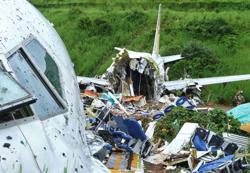