'Where Monsoons Meet', originally written and published in the late 1970s reveals the history of exploitation in the shaping of a nation - from the days of the 15th-century Melaka Sultanate to Merdeka in 1957. Photo: Gerakbudaya

"I'm going to swap the big heavy books for something simple and direct. If you look beyond the cartoonish presentation and panels, this graphic novel Where Monsoons Meet offers surprising – and telling – alternatives to the official historical narrative taught in schools. Here is a version of our history as told by the people, and, it revisits the Melaka Sultanate, the colonial years, WWII, rise of nationalism right up to the birth of the nation. You find a different sense of 'nationhood' here. For a book written by a group of Malaysian students and published in the (late) 1970s, you have to marvel at their freedom and critical thinking back then. I'm glad it is back in print, and ready to meet a new generation." "Sajak Sajak Salleh is one of my favourite Malaysian books. I read it first as a teenager. I loved it for its inventive use of language, its humour, its honesty and most of all for its complete irreverence in the face of all our sacred cows. Like all good art, it is not meant to be easy. It challenges you, makes you uncomfortable, makes you question." “I like the book because it’s one of the best underrated Malaysian novels that I’ve read. The writing is unsentimental in a sense that most Malaysian novels tend to be mushy and sentimental towards nostalgia or kampung lifestyle. That is why I think Detik-Detik Cemas (1969) is important in capturing city life. Most novels will render the city as a place for sins, while all the good things happen in the kampung. I choose Detik-Detik Cemas maybe because our Malaysian professionals have lost touch with social issues and direct-action activism. Most of our professionals have lived in a consumer bubble within a capitalist society. So by reading Detik-Detik Cemas somehow I hope it can bring us back to the days where we’re still progressing as a country, to rethink what is problematic with our profit-driven state in our situation today.” "Freedom and independence is about being able to own one’s narrative. However, Malaysian history has thus far been told primarily through the Peninsular lens. I feel that The Borneo Response To Malaysia by James P. Ongkili, is one of the most important pieces of literature when we talk about the formation of Malaysia because the book details the aspirations and fears of our Borneo-Malaysian founding fathers. It demystifies the sentiments behind the 20 Point Agreement and paints a picture of what it must have been like for our Borneo leaders to form a nation together in a world that was rapidly modernising. Tun Fuad Stephens, Steven Kalong Ningkan, Lee Kuan Yew and Tunku Abdul Rahman. Malaysia had four founding fathers. Not just one." "I have to admit that I can't remember the last time I was excited over a Bahasa Malaysia journal, which was so fiercely independent and delivers such diverse and thought-provoking content. I pick Svara as a discovery to share. This independent journal, which started this year, has gone through three issues now, and under the pressures of the pandemic, it remains focused in representing new voices and capturing the mood of the times in the country. If you talk about the politics of content in Bahasa Malaysia publications, Svara is unique and different. It remains an intellectual project, but it can also connect with the masses - young and old. What is important is that Svara has cut across all that usual 'Bahasa Malaysia' literary baggage. Instead, this journal feels very contemporary Malaysian, refreshingly stylish and has substantial writings, with a scope wide enough to reach the English language scene." "Brian Gomez’s Devil’s Place was the first Malaysian novel I read as a young adult and I was absolutely tickled by it. Unapologetically irreverent and laugh-out-loud funny, the novel is about a struggling musician who stumbles upon a terrorist plot on the night of his bachelor party and gets inextricably caught up in it. The muhibbah cast of characters that you would recognise anywhere – my favourite is the conspiracy-theory believing uncle – a pacey, ingenious plot, and immensely entertaining writing style make for a rollicking fun read. It also serves to remind us to not take ourselves too seriously." "I couldn't only do one book - so here's three. In different ways these books complicate the notion of the 'national', and suggest other ways of imagining our relationship to this place called Malaysia. Beth Yahp's memoir Eat First, Talk Later takes the form of a road trip which the author undertakes with her parents around Malaysia on the occasion of their 45th wedding anniversary - bringing together reflections about family food, politics, migration, loves and lives across Malaysia, Australia, Hawaii and France. Janet Pillai's Cultural Mapping: A Guide to Understanding Place, Community and Continuity is an invaluable resource for citizens, architects, planners, and social scientists to reconsider our local cultural ecosystem more sensitively. And Yee I-Lann's Fluid World is a beautiful publication that brings together images and essays around the Sabahan artist's practice until 2010 - navigating through history, landscape, memory, changing borders, and cultural identity across Borneo, Malaysia and South-East Asia." "A book I’d recommend to Malaysians is Spirits Abroad, a collection of short stories by Zen Cho. Malaysia has a small but thriving list of speculative fiction authors producing excellent work, and Zen is at the forefront of that, being a Crawford, British Fantasy and Hugo Award winner. You may have heard of her previous novels (Sorcerer To The Crown and The True Queen), but for me, it’s Spirits Abroad that has a special place in my heart, for the way it feels saturated in Malaysian-ness, filled as it is with pontianaks and bunian, Datins and schoolgirls in pinafores, durian and Manglish. 'The House of Aunts' alone is worth the price of the book." 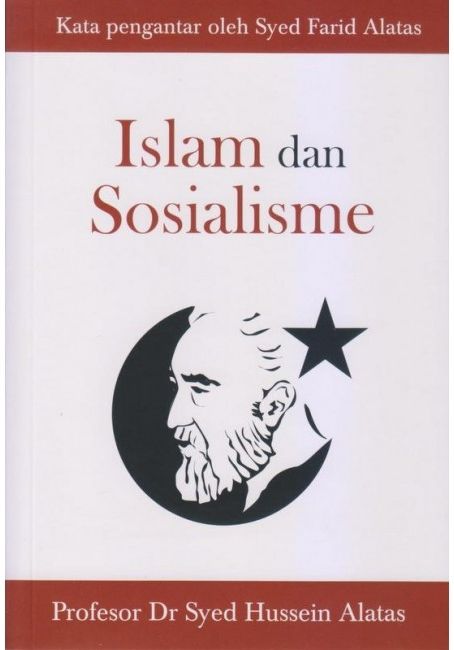 "I pick this book, which was reissued recently, because it still remains such a relevant statement of the times. It's a book from 1976 which has transcended generations. It is critical of the political ruling class, and how religion has been exploited. He frames a pluralistic society, a diverse one which should be the destiny of the nation. This was something already on the table in the 1970s and from Dr Syed's writings, you can see how he urges Malaysians to step away and not be trapped by the political posturings of old and the rising tide of religious bigotry. These shadows that Dr Syed warned us about, sadly, are still looming large in modern day Malaysia." "It's really says something that I have a poetry book from Sarawak to recommend. Kulleh's Tell Me, Kenyalang is a really special book, it is primarily written in Bahasa Malaysia, with an excellent English translation. People abroad have recognised this book's inner soulful wonder, even with its strong Sarawakian accents across the poems. It has been listed for two awards in the United States. But I think most Malaysians are still unaware of this book. Kulleh's advantage is that he writes from the contemporary Sarawakian experience, he comes from the younger generation and has found a niche between being urban and also not forgetting his Iban roots. His new poetic vision, as Sarawakian as you can make it, is beautiful and lyrical. It also shows you don't need stereotypes - like people in cawat and stories of headhunters - to get your stories across. You can be who you are."