Composer and producer Andrew Lloyd Webber has warned of a "point of no return" for the beleaguered British theatre sector, which has been severely impacted by closures due to the coronavirus pandemic.

Providing evidence recently to a Department for Digital, Culture, Media & Sport (DCMS) committee looking at the financial viability of reopening performance venues while meeting the government's social distancing requirements, Lloyd Webber said: "We simply have to get our arts sector back open and running."

"We are at the point of no return now," the maestro urged, potentially referencing his famous song Point Of No Return from Phantom Of The Opera.

Evidence from the creative and sports sectors obtained by the DCMS shows that venue capacities will be far below the level required to break even when audiences and fans are required to maintain social distancing.

"Very few shows hit the jackpot in the way a Hamilton, Lion King or Phantom Of The Opera do," Lloyd Webber told the committee. He urged the group to set a date for reopening venues.

Though British theatres have been allowed to reopen following social distancing norms, the majority have had to stay closed.

Also providing evidence to the committee, Rebecca Kane Burton, chief executive of Lloyd Webber's LW Theatres, said, "We don't want to open theatres on a socially distanced basis. I have no intention of opening buildings at 30% capacity."

"We need the time to plan," Kane Burton added. "We can't switch on theatre like a tap. Christmas is hanging in the balance as we speak."

In July, LW's London Palladium theatre hosted a successful pilot concert in hopes that it would prompt a conditional reopening of theatres. Kane Burton requested the committee for a reopening date as well.

Meanwhile, Britain's culture secretary Oliver Dowden has revealed that his team is working on a plan titled "Operation Sleeping Beauty" that aims to bring families back to theatres by Christmas.

"Safety is paramount but with the right mitigating measures for the different scale and style of each theatre, it should be possible to reopen theatres safely and fully," said Jon Morgan, director of the Theatres Trust.

"We are encouraged that the government is determined to see more audiences back in theatres in time for Christmas, but we would stress again that theatres will need advance notice of this. Without an early date for theatres to reopen fully, and with the furlough scheme ending in October, we will see further redundancies and the permanent closure of more theatres."

In July, Dowden had announced a US$1.9bil (RM7.9bil) lifeline to revive the arts sector that is now operational. Lloyd Webber suggested to the committee that the money could be spent on allowing venues to reopen, making them as safe as possible. - Reuters 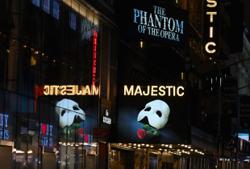 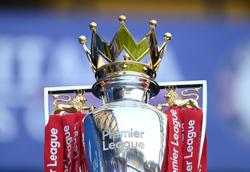