In Kelantan, a craftswoman preserves the singhora roof tile heritage Noraini, the fifth-generation member of a family of singhora tile makers, learnt the art of making the tiles from her father. Photo: Bernama

In traditional Malay architecture, one of the most imposing parts of a structure is its roof. In fact, the roof is accorded so much significance that there is even a Malay saying dedicated to it - "Tak dapat tengok orangnya, dapat pandang bumbung rumah pun dah memadai menghilangkan rindu".

It means if one does not get to see the person one is pining for, just the sight of the roof of his/her house is enough to dissipate the longing.

And speaking of roofs, a heritage Malay architecture called singhora comes to mind. Derived from a Malay word that means "city of lions", singhora refers to roofing tiles that are made of clay and moulded manually with hands and legs.

Roofs clad with singhora tiles are unique to Malay houses in the east coast of the peninsula. There used to be a dozen or so singhora tile makers in Malaysia but over the years the number has trickled to just one in Kampung Pengkalan Baru, about 25km from the state capital Kota Baru.

Meet Noraini Jusoh, 52, the fifth-generation member of a family of singhora tile makers, who learnt the art of making the tiles from her father.

Proud to have inherited her family’s legacy that is over 100 years old, she is enjoying good business as there is a continuous demand for the unique and aesthetically appealing reddish-coloured tiles from resort developers and operators, as well as individuals and traditional architecture buffs.

On her part, Noraini makes an effort to remain relevant in the industry by innovating her tiles to match the more modern artistic structures such as gazebos, pergolas and chalets.

"I’m grateful people are making an effort to preserve the singhora tile heritage which has its origins in Kelantan and Songkhla (in southern Thailand) craftsmanship, ” she said when met at her workshop in Kampung Pengkalan Baru.

Noraini, who once received an order for 37,000 pieces of singhora tiles for a project in Sabak Bernam, Selangor, said she and her nine workers, eight of whom are women, were kept busy even during the movement control order (MCO) as they had several orders to fulfill. Derived from a Malay word that means 'city of lions', singhora refers to roofing tiles that are made of clay and moulded manually with hands and legs. Photo: Bernama

She wants to mechanise her operations to boost production but will still retain some of the traditional techniques of making the clay tiles.

"I want to preserve the old ways not only for our present generation to get to know their heritage better but also to promote this place (workshop) to tourists, ” she said.

Noraini's team can produce 1,000 pieces of tiles within a four-hour period.

The production process starts at 8am with a machine kneading the clay, sourced from the nearby riverbank, into soft clumps. The clay is now ready to be moulded into tiles.

First, some padi husk ash is spread over the roof tile mould to prevent the clay from sticking to the implement. Then, it is time to perform a little "dance” - the worker would take a clump of clay and place it on the mould before compressing it downwards by using her right foot.

The worker then uses a wire cutter to cut and remove the 1cm thick clay slab from the mould.

"This process takes less than five minutes to complete. The more experienced workers can do it faster, ” said Noraini, who has five children. A worker arranges a series of singhora roof tiles to a gazebo. Photo: Bernama

The clay pieces are then sun-dried for an hour after which they are ready to be baked in an igloo-shaped furnace made of bricks and clay.

"I will usually wait for 50,000 pieces of clay to be completed before baking them. It takes us about three months to accumulate that number, ” she added.

The entire baking process takes 15 days. In the first 10 days, the clay pieces are baked over a small fire while the heat is increased over the remaining five days. Noraini usually hires a few men to take charge of this process.

"The gok (or furnace as it is known as in Kelantanese dialect) can bake up to 40,000 clay pieces at any one time, ” she said.

After they are properly baked, the clay tiles - each 12.7cm wide and 25.4cm long - are left to cool down for 10 days before they are sold at 90sen apiece.

Asked if the tiles were durable, Noraini replied, smiling,"Even when the house owner is gone (passed away), the tiles remain as strong as ever.”

Pointing to a house near her workshop, she said it was built 62 years ago with its roof sporting singhora tiles resembling fish scales. The tiles, she added, can last 80 to 90 years and need only simple maintenance. 'I’m not doing this just for myself but to preserve the singhora roof heritage, as well as offer opportunities to the local community to generate a side income,' says Noraini. Photo: Bernama

Noraini also said that her family started promoting their singhora roof tiles on social media in 2010.

Her daughter Norashikin Hassan, 30, who works in Kuala Lumpur, takes care of the online promotions.

"The response has been good and we even landed a deal to supply 100,000 pieces of tiles for a project in Ulu Langat, Selangor, ” said Noraini, adding that her business is also listed on e-Kraf Bazar set up by the Malaysian Handicraft Development Corporation (Kraftangan Malaysia).

Recently, she received RM70,000 in financial assistance from Kraftangan Malaysia and a clay kneading machine from Universiti Malaysia Kelantan.

"Besides the ongoing promotions and assistance we receive from the authorities, there is enough supply of clay in nearby saltwater rivers to keep my operations going

"I’m not doing this just for myself but to preserve the singhora roof heritage, as well as offer opportunities to the local community to generate a side income, ” she added. - Bernama 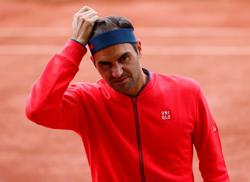