It is not easy to get an appointment to interview Dr Jillian Ooi Lean Sim as this scientist and geographer is always away carrying out research at one of the nation’s marine parks.

A senior lecturer at Universiti Malaya’s Department of Geography, Ooi, 48, has a PhD in Seagrass Biogeography and was recently in Pulau Rawa in Mersing, Johor, with her students to conduct a study on its marine life.

When she is not busy mapping seagrass beds and studying marine creatures, she focuses her attention on the other love of her life – playing gamelan music. Gamelan is a genre of traditional Malay instrumental music that has its origins in Indonesia.

In fact, Ooi is also part of an all-female group called Rhythm In Bronze (RIB) that specialises in playing contemporary Malay gamelan music and in 2004, became the first local performing arts ensemble to be invited to perform at Dewan Filharmonik Petronas in Kuala Lumpur.

Having also participated in international music festivals in Indonesia, South Korea and European cities, RIB produced its own gamelan music album in 2001 and also won a string of awards in various categories at numerous Boh Cameronian Arts Awards since 2004.

In an email interview, Ooi said it is usual for her to get together with her fellow RIB musicians on Sunday for practice sessions from 2pm to 5pm.

However, during the movement control order (MCO) period they had to take a three-month hiatus. 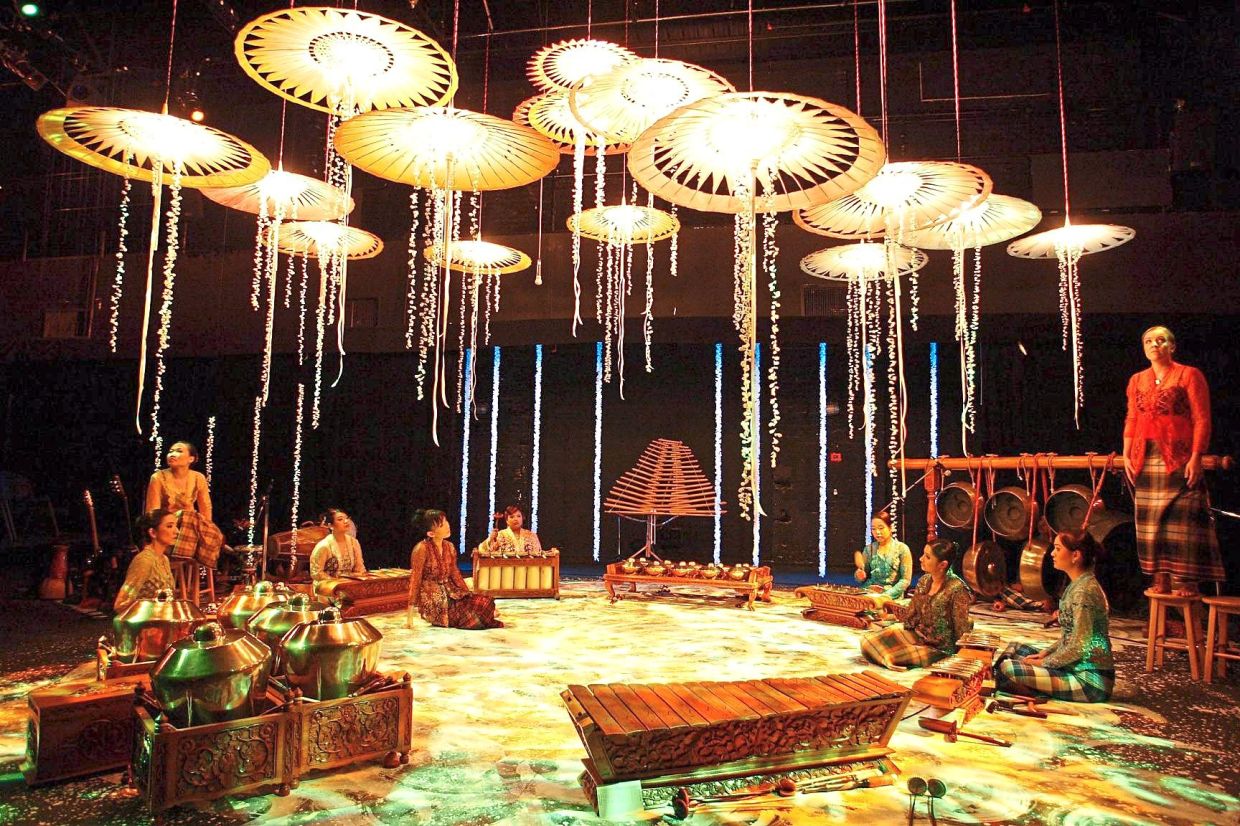 “Now we are back to practising on our gamelan instruments again, ” she said, adding that they would have extra practice sessions on weekdays if they are scheduled to perform at a concert.

The ensemble now has between 10 and 12 members.

“We’ve on board not only Malays but Chinese and Indians as well. In the beginning, we never really took note of the fact that our racial composition was unique for a gamelan group because we were focused on upholding this particular Malay heritage art.

“People now consider us as gamelan musicians with a Malaysian identity, ” said Ooi, adding that their love for gamelan has helped to foster close ties among the ensemble’s musicians.

Ooi, who is also RIB music director and composer, and her group members are well versed in playing various percussion instruments used in a gamelan performance, such as saron barong, saron perkin, saron demung and gambang.

It is important for RIB members to be skilled in playing all the instruments as they are required to change their positions on stage after each song is performed. 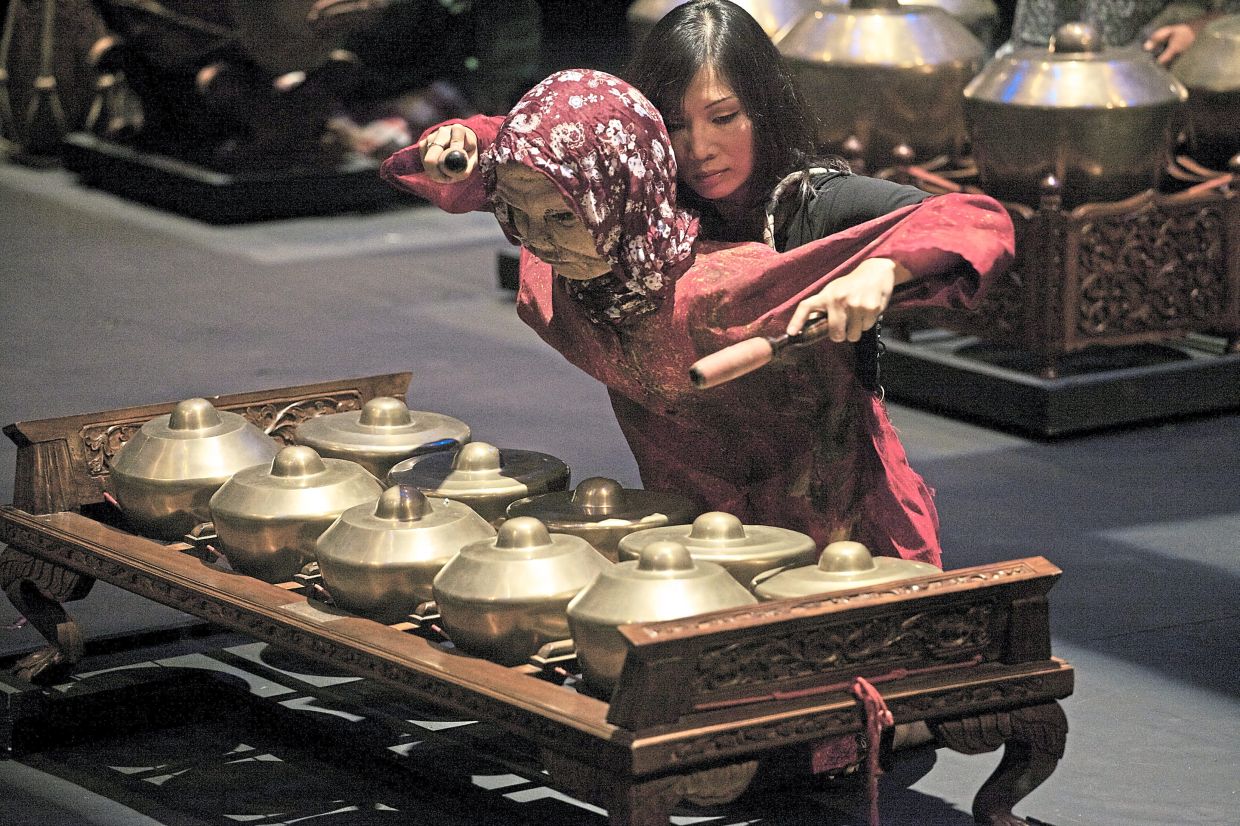 ‘According to researchers, many gamelan songs have disappeared. It’s understood that there used to be 77 songs but now less than 50 remain,’ says Ooi. Photo: Bernama

For each of their performances, they play about eight to 10 songs.

Ooi, who can also play the piano and tabla (Indian hand drum set), said she first became attracted to the reverberating sound of the gong at the age of 23 when she used to accompany a friend to gamelan practice sessions at Universiti Malaya.

“It wasn’t difficult for me to learn to play gamelan music as I have many close Malay and Indian friends which made it easier for me to learn more about the traditional music of other communities, ” she said.

As far as this talented musician is concerned, it is a big loss if one does not make use of the diversity of this country’s society to get to know the traditional music of other races.

“All of us in RIB, regardless of race, love playing gamelan music. In fact, my Malay friends are pleased when they see non-Malays promoting their heritage art internationally, ” she said.

Acknowledging that traditional music genres such as gamelan face dim prospects unless efforts are made to preserve the art, Ooi said it is with this in mind that RIB came up with the concept of contemporary Malay gamelan music without losing any of its aesthetic and traditional value.

“According to researchers, many gamelan songs have disappeared. It’s understood that there used to be 77 songs but now less than 50 remain.

“This is why we keep hearing the tunes of the same gamelan songs such as Timang Burung, Ayak-Ayak and Seri Rama Balik. But we’re worried our younger generation may get bored listening to the same songs, ” she said. Ooi reveals that RIB’s musicians are not strictly focused on a musical score, but, instead, the musicians play in accordance with the feel of their ‘collective energy’. Photo: Bernama

In view of this, RIB has made an effort to compose new songs and the response from the audience has been encouraging, she said, adding that RIB is also conducting gamelan classes for those who wish to learn this art.

RiB members themselves were trained in gamelan music by local gamelan experts, including Othman Abdullah and the late Dr Ariff Ahmad who willingly shared their knowledge and expertise with them irrespective of their racial background.

Ooi also explained that RIB’s musicians are not strictly focused on a musical score when they perform, but, instead, the musicians play in accordance with the feel of their “collective energy”.

“Anyone can play a musical score. But when we play based on our collective ‘energy’, it requires good skills to understand and interpret the flow of the gamelan music through our eye-to-eye interactions and body language, ” she pointed out.

Mutual understanding between musicians is crucial and “this is made possible through the close bond we share”, said Ooi, adding that for a nation like Malaysia, the traditional music of the various ethnic communities can serve as an excellent medium to unify the people. – Bernama