Sometimes even the best-laid plans sometimes go awry and in Ibrahim Aziz’s case, it was overlooking the fact that there would be fireworks going off during the recording of his new album.

“The last session of the recording happened to coincide with Deepavali, and when it got dark, the celebrations and fireworks started. We had no choice but to carry on recording in small patches with pauses in between, while we waited for the explosions to subside! I don’t think you can hear anything in the CD, but you never know,” says KL-born Ibrahim, 42, who is now based in London.

His new album Handel: Works For Viola da Gamba And Harpsichord, a collaboration with harpsichordist Masumi Yamamoto, was released in March, just before the pandemic started to grip the world.

The album, released by London-based First Hand Records, has received favourable reviews from specialist and mainstream music magazines such as Gramophone, The Viol, The Strad and ClassiqueHD (France). Both the BBC and the ABC (Australia) radio stations have aired tracks from the album in various shows.

“Handel was great at writing attractive melodies, and I think there is a lot of that in this new album. Admittedly, not all of the pieces are actually by the composer, but we have chosen ones that very closely resemble his style, so much so that even musicologists have been unable to say for sure if they are real or not, ” says Ibrahim, who plays multiple instruments, including the gamba, piano, harpsichord, baroque cello and baroque double bass.

He notes that Handel did not write much for the gamba, but muses that perhaps gamba players in his time did play his music on their instruments. After all, the gamba was a popular music instrument during the Renaissance and Baroque periods – one which seems to be enjoying a revival of sorts now. 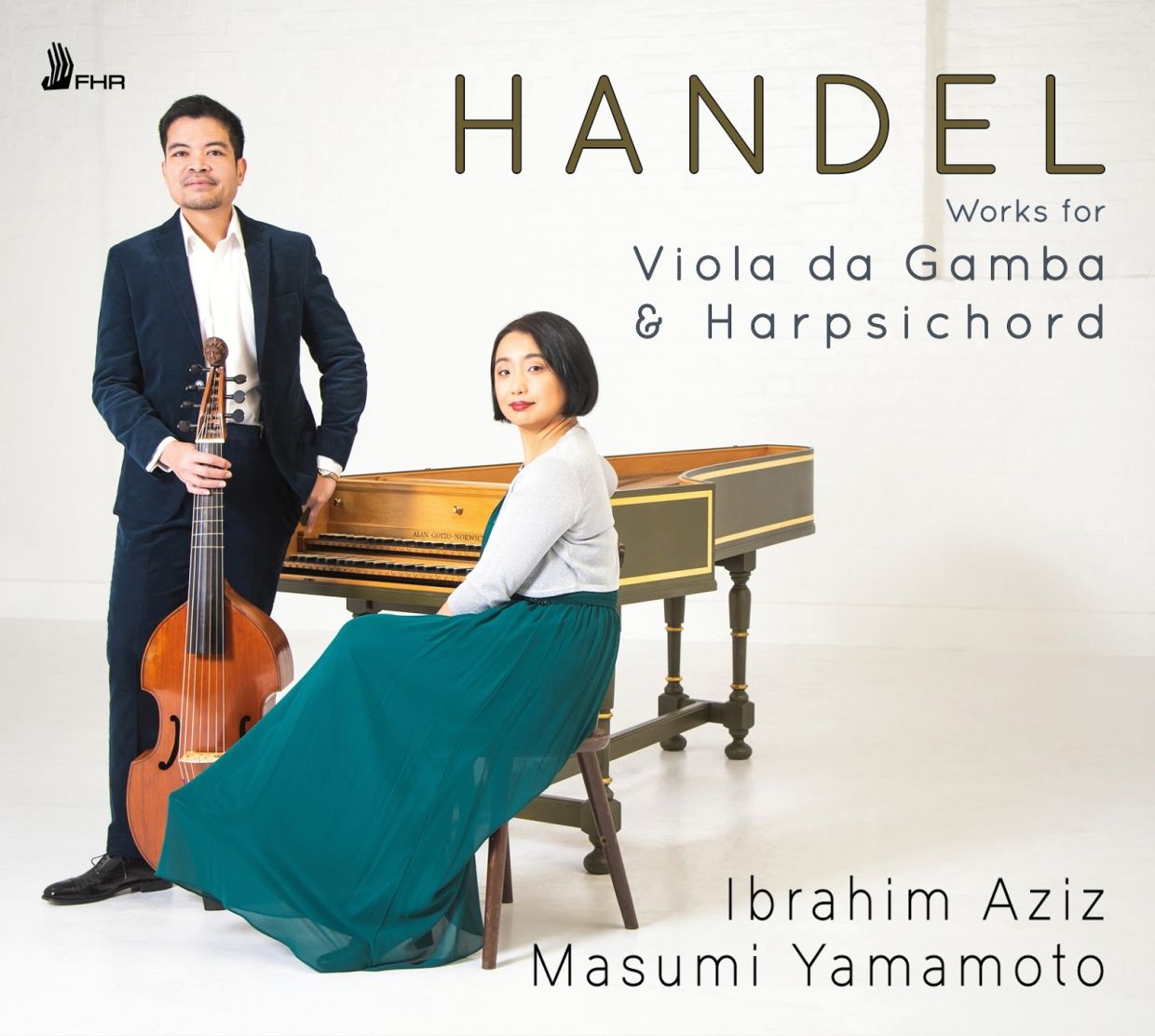 “While its heyday was in European culture of the Renaissance and Baroque periods, its origins go back hundreds of years before, to the East, and therefore, in that sense it is related to our rebab, the sarangi and Chinese erhu, where the bowing is similar.

"The gamba is increasingly becoming popular due to its user-friendly character, it is not something terribly difficult to take up if you already have some musical background and string technique. I notice that it is becoming popular with indie musicians and people are experimenting with it using electronics, in jazz groups and in folk music,” says Ibrahim.

The Early Music genre used to be a niche phenomenon, he says, but the boundaries are becoming less defined these days – for better or for worse – and the gamba is becoming more absorbed into mainstream music.

“One would see for example, a violinist performing Bach on modern violin, but using period bow, and conversely, a viola da gamba player with gut strings hooked up to some electronic equipment and playing contemporary music, ” he explains.

Ibrahim was in his early teens when he came across his first gamba recording. He was a member of the British Council library in KL and heard his first solo gamba CD there.

“My father also used to buy cassette tapes that we would play on long car journeys. There was a Handel cantata which had a gamba solo in it. The instrument just sounded different and I was struck by the beautiful and unusual sound. I thought, wouldn’t it be nice to learn it one day. Of course, that didn’t happen till many years later, ” he recalls. The Early Music genre used to be a niche phenomenon, he says, but the boundaries are becoming less defined these days – for better or for worse – and the gamba is becoming more absorbed into mainstream music.

Ibrahim notes that one thing that stands out about the gamba is its special tone, with its “plangent human-like quality”.

“It is different from other bowed string instruments. But I was also very much interested in the music and culture that came with it. Having that combination spurred me on, ” he says.

Of all the great players and composers out there, Ibrahim finds himself particularly drawn to Johann Sebastian Bach, and players who, in his opinion, play Bach well. He mentions a few names: pianist Tatiana Nikolayeva, cellists Pablo Casals and Pierre Fournier, gambists Wieland Kuijken and Jordi Savall.

Ibrahim was at university in Dublin, Ireland when he decided to pursue playing the gamba seriously, and made the switch to music college. He describes it as an overall terrific journey, but not one without its ups and downs.

“Playing such a specialised instrument means it is harder to get work. The gamba is not an orchestral instrument, so getting a job with an orchestra isn’t an option. But somehow I managed to get enough work both on the concert platform and as a music teacher to survive. And I get to do something that I really love, ” he says.

The gamba he owns was made by Shem Mackey in 2011, a prototype copy of an instrument made in 1683 by French maker Michel Collichon.

“Shem made a close study of the instrument before carefully copying it, using the same wood that Collichon used. This is something other makers had not done before because the wood, a type of cedar, is unusual for a bowed string instrument. But Collichon used it in several of his instruments and I think it works, ” he shares.

Ibrahim has been based in London for the last 20 years, but is a familiar name at several performance venues here as he returns to Malaysia at least once a year. He is scheduled to play at the Dewan Filharmonik Petronas in KL, together with Wicked Music People, in October – although that is up in the air now because of the pandemic.

“I try to be back at least once a year, more if time and money allow it! These days, even though I say ‘it’s for a holiday’, I always end up playing or performing. If the October performance goes ahead, it will be a concert based on a theme called Wicked-Endings, performing music by composers who met unfortunate ends,” he elaborates.

Fans can expect something from the likes of French composer Ernest Chausson, who lost control of his bicycle while cycling downhill, hit a brick wall and died.

As with many others, most of Ibrahim’s concert engagements have been put on hold because of the pandemic, but he is teaching online. He has also been making YouTube videos, including a short film about the famous but mysterious 17th century musician, inventor of the seven-string viola da gamba and teacher of the great violist and composer Marin Marais (1656-1728).

During the lockdown in Britain, he has also collaborated with Wicked Music People and VerSeS from Malaysia in virtual music-making projects, and filming Bach Inventions for his YouTube channel.

“Another exciting project in the pipeline involves a group I work with, Chelys, who has been awarded a UK Arts Council grant for a collaboration with the percussionist Evelyn Glennie. I am also busy arranging Bach, possibly for a forthcoming recording project,” concludes Ibrahim.