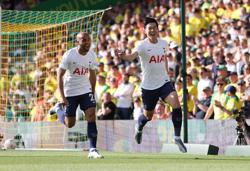 Truth shines best through the shadows for the Plasticity Theatre Troupe. This Penang-based group, which turns five in December, continues to step up to tackle the big issues using its unique style of contemporary shadow play.

From its groundbreaking performances centred on the dire state of the environment in Plastic City and The Present, Plasticity is taking up a fresh challenge and a new issue in its latest project entitled Di Luar Bayangan.

The show tells the story of Chandran Perumal, a 47-year-old husband and father, who died in the police lock-up after five days detention at the Dang Wangi police headquarters in Kuala Lumpur in 2012.

Plasticity hopes to shine a light on the issue of death and abuse in police custody.

Things began at the end of 2015 when four individuals of different backgrounds and different ages met during the production of a children’s play.

“We are all in the arts sector but from different backgrounds and definitely different generations, ” says Tan Lay Heong, 45, who is over 20 years older than Plasticity’s youngest founding member Ch’ng Yee Von.

The members noticed the unique ways light went through plastic and started exploring shadow play as a medium of expression.

They first posted online requests to their friends for unwanted plastic and other recyclables and the response was overwhelming.

“In a few days, we had a huge amount. Before that we didn’t even realise how much plastic we were throwing away, ” says Tan, a freelance visual artist.

That realisation became the focus of its first production called Plastic City. Transforming the trash it collected into sets and puppets, the group debuted a 20-minute no-dialogue shadow play performance in March 2016 at the Sinkeh arts space in George Town.

“We call what we do contemporary shadow play. In Malaysia, we have a traditional version which is wayang kulit. We took some features of that and tried adding new things; moving lights, moving people with moving puppets... There is some music but images tell the story, not any verbal language, ” explains Tan. Tan giving a group of young performers a chance to take to the stage. Photo: Plasticity

The feedback from the first performance was encouraging and the biggest takeaway was that the images managed to stick in people’s minds.

Four years on, Plastic City has evolved into a 40-minute offering with more elaborate production and lighting.

“Not many people do shadow play, so there wasn’t much research out there or places to learn from. We just tried new things to discover new ways to create images.

“For example, we first used plastic bags to create colours but we’ve learnt that one-time use raincoats can create beautiful shades for underwater scenes, ” says Tan.

Plasticity performances are now often accompanied by after-show discussions and opportunities for the audience to explore the backstage of the production.

“People get a huge impact from coming backstage. In front of the stage, things look so beautiful with the colours and the images and it looks like animation. Backstage, it’s all rubbish! People look and say, ‘my house also has this!’ and this creates awareness on the impact of single-use plastic, ” says Tan.

As a performance group, Plasticity has both grown and shrunk, taking on new members and losing two of its original team to overseas study.

Plastic City, the show, has clocked in around 40 performances nationally and regionally and the group’s second play The Present followed in 2019 after one-month residency and collaboration with the Homemade Puppet group in Chiang Mai, Thailand.

Like many arts ventures, however, Plasticity’s success is not reflected in monetary terms and Tan half-jokes that it is a standing prerequisite that members (who are all voluntary and survive on their day jobs) not have to come out with their own money to perform.

The rewards for their passion and hard work come in much different forms, like a mother reaching out to tell them that her young daughter still talks about the play one year on.

“Her daughter still tells people not to throw rubbish into the sea as it will affect turtles and fish. It’s quite amazing that our images have stuck in a little girl’s mind for a whole year, ” reflects Tan.

With the promotion of environmental awareness under its belt, Plasticity has begun tackling a very different social issue: death and abuse in police custody.

A chance meeting with human rights activist Loo Que Lin resulted in this new collaboration that centres on the true story of a death of a detainee in the Dang Wangi lock-up.

“I had volunteered with (human rights non-governmental organisation) Suaram since my university days.

“Since 2016, we’ve been looking closely into deaths in custody and I’ve had the opportunity to accompany families to court and witness proceedings.

“I was just left thinking that a lot of things don’t make sense and I was looking for a way to present that, ” says Loo, 33.

A freelance filmmaker by profession, Loo was on the job at PenangPAC in 2017 when she saw Plasticity perform.

“I knew then, this is how we should tell the story, ” says Loo.

Loo invited Plasticity to a workshop highlighting deaths in custody, which cemented the commitment of the theatre troupe.

“We didn’t know much about the issue before and we were shocked to find out how many cases there have been all over Malaysia. We then thought, we need to help do something about it, ” recalls Tan.

Chandran Perumal’s case stood out for Loo, who has joined forces with M. Visvanathan (Chandran’s family’s lawyer) to establish a non-governmental organisation called EDICT, standing for Eliminating Deaths and Abuse in Custody Together.

Rubbish was sorted through and puppets were formed by Plasticity while EDICT sought the official court transcripts from the Coroner’s Court that had ruled in 2015 that Chandran’s death had been due to negligence on the part of police officers.

The court had found that the lorry driver’s death had resulted from him being deprived of high blood pressure medication that his family had tried to bring him. 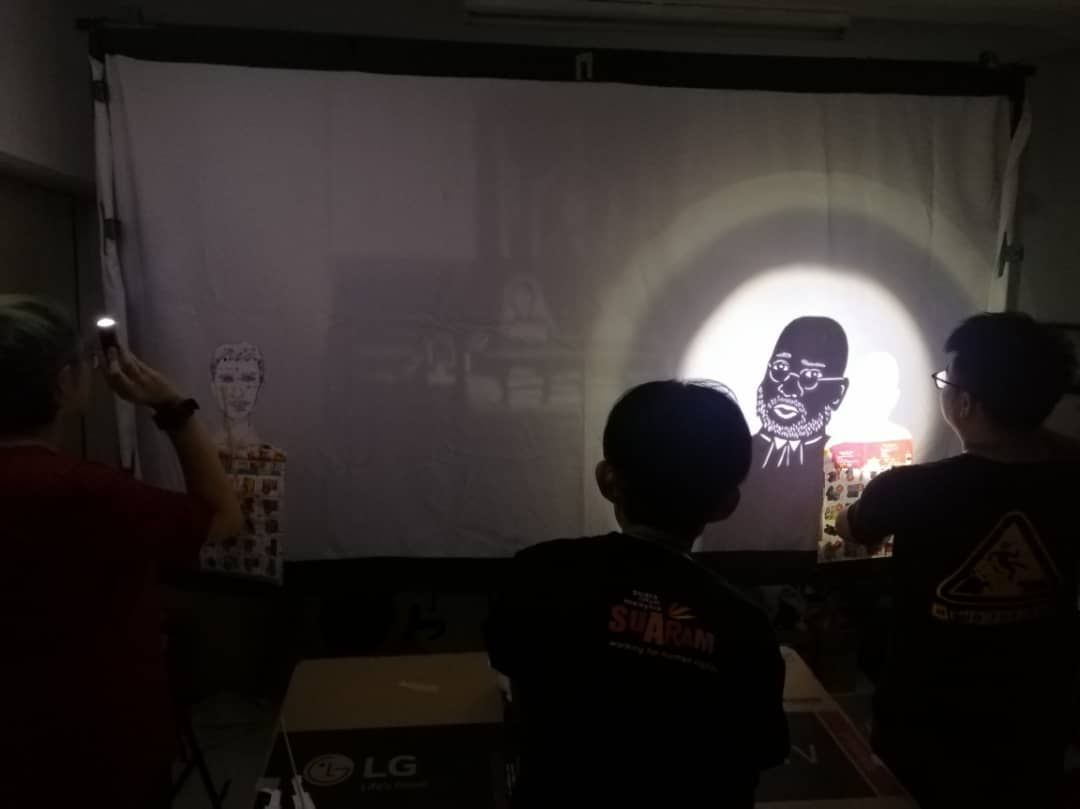 The script for 'Di Luar Bayangan' is based on court transcripts. Photo: Plasticity

“The idea is to bring the shadow play performance to underprivileged and poor communities to raise awareness on their rights if they ever find themselves in police custody.

“Our target audience is really those who will not be able to afford bail if they find themselves in a similar situation, ” says Loo.

A preview of Di Luar Bayangan was put together and performed live in February at the Kuala Lumpur And Selangor Chinese Assembly Hall.

“The script for the play is based on the court transcripts and that night was the first time we met Chandran’s family.

“We had read articles about his case but meeting his family and the families of other victims had a huge impact on us all, ” says Tan.

Di Luar Bayangan was supposed to hit the road earlier this year, but its plans derailed when the pandemic hit Malaysia.

The eight-minute preview has been aired in a handful of online events since the movement control order came into effect in March and is scheduled to be part of Moving Shadows, Chasing Light, George Town Festival (GTF) 2020’s final event on July 26.

As for Plasticity, the team has now begun to regroup after being months of being physically apart and is focused on finishing the production of Di Luar Bayangan.

“The full version will be 20 to 30 minutes long. We are now working on finishing the full version of the play which we hope to do by the end of the year. At the same time, we will continue to look out for grants and opportunities to bring the production to the people it can help, ” concludes Tan.

Moving Shadows, Chasing Light streams on George Town Festival’s Facebook (8pm) on July 26. It consists of three parts: a preview of Di Luar Bayangan, the documentary Beyond Understanding, which chronicles the making of Plastic City’s latest production, and Loo’s journey as a human rights activist, and Chili Powder And Thinner, a short animation by Suaram and Freedom Film Network. A post-screening discussion will round up the event.