What do geishas do with spare time? Read manga, play with cats

Mayu adjusts Koiku's kimono, both of who are geisha, as Koiku wears a protective face mask to pose for a photograph, before working at a party being hosted by customers, where they will entertain with other geisha, at Asada, a luxury Japanese restaurant, during the coronavirus outbreak, in Tokyo. Photo: Reuters

Koiku lives in a Tokyo apartment, loves to read manga comics, and to play with her Scottish Fold cats. But as evening nears she paints her face with white makeup, dresses in a layered silk kimono, and goes to work - as a geisha.

Long a student of classical ballet, a passion for kimono that took her to a shop frequented by geisha eventually led to her apprenticing at 28 as one of the elegant female entertainers famed for their wit, beauty and skill at traditional dance and music. She formally debuted a year later.

"I thought it was a world you couldn't enter unless you started training in your teens," said the slender Koiku, now 39 and dressed in a green silk kimono.

"Of course traditional Japanese dance is completely different from ballet, and it was very hard for me to follow at first. It's still hard for me now."

An iconic Japanese symbol, geisha are also dwindling, with women scared off by the rigours of training and traditional rules. But while Koiku and her "sisters" in Tokyo's Akasaka geisha district say their life - including hours of dance and music practice - is more demanding than expected, none would trade it for anything else.

Mayu worked at a hotel when she decided to become a geisha 20 years ago, but had to fight for parental approval.

"My father really didn't understand geisha, he thought it was like the sex trade. He opposed me so violently I thought it would tear the family apart," she said.

"After six years I just gave up and left. When he saw our first performance, and how hard we work, he came backstage and went to his knees and bowed really low... Now he's a huge fan."

The coronavirus and Japan's soft lockdown cut engagements to nothing and forced the women into days at home. Mayu sorted her photographs and kimonos, while Koiku - an avid reader - worked her way through books she hadn't had time for, including binge-reading work by legendary manga artist Osamu Tezuka.

While parties and dance practice have slowly resumed, both said they thrive on activity and want normal life back soon.

"Sometimes we're so busy we go straight to practice without any sleep, but those times are way better than this," said Mayu. "When you have lots of time, you don't do anything." - Reuters 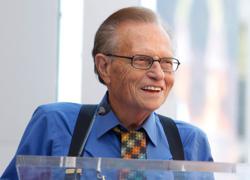 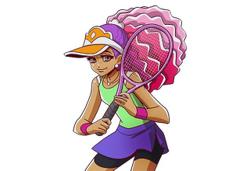