A volunteer prepares the installation of some 8,000 traditional porcelain cups filled with Bosnian coffee at the Srebrenica-Potocari Memorial Center for victims of the 1995 massacre of Muslim men and boys by Serb forces, in Bosnia and Herzegovina. Photo: Reuters

More than 8,000 traditional Bosnian coffee cups were installed as a memorial in the town of Srebrenica recently to mark the 25th anniversary of the massacre of Muslim men and boys by Serb forces near the end of Bosnia's war.

The porcelain cups are part of a Where Have You Been exhibit that a Bosnian-born American artist Aida Sehovic created in 2006 and displayed in different countries every year before bringing them back to the site of Europe's worst atrocity since World War Two.

"This is the place where they belong. They're here to stay," said Sehovic, a former refugee from the 1992-95 Bosnian conflict.

About 8,000 Bosnian Muslim men and boys were rounded up, taken away and slaughtered after nationalist Bosnian Serb forces stormed and seized Srebrenica, a mainly Muslim enclave that had been designated a UN-protected "safe area", on July 11,1995. 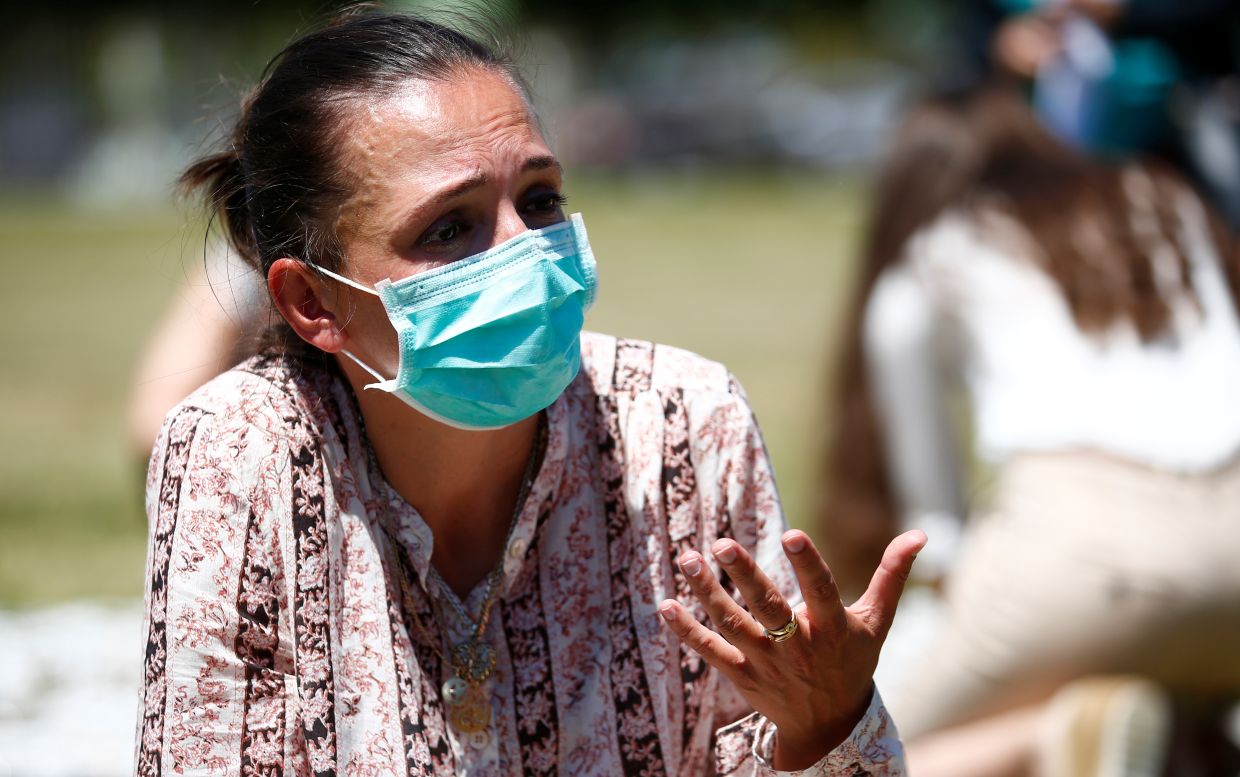 'This is the place where they belong. They're here to stay,' says Sehovic, a former refugee from the 1992-95 Bosnian conflict. Photo: Reuters

The massacre was declared an act of genocide by two international courts. The victims' bodies were tossed into mass graves later exhumed by UN investigators and used as evidence in war crimes trials of Bosnian Serb leaders.

Sehovic, in her early 40s, launched her memorial exhibit in Bosnia's capital Sarajevo in 2006 with a donation of 923 cups from Srebrenica women who lost loved ones in the massacre.

She collected traditional coffee cups and lyrics from old Bosnian folk songs to illustrate the feelings of loss and remembrance that Muslims who escaped death in Srebrenica experience during their morning coffee-making ritual.

As volunteers were installing the sea of ceramic cups in a meadow next to the Srebrenica memorial centre on Friday, a tearful man filled six of the "fildzan" - traditional cups - in tribute to six relatives he lost in the massacre. 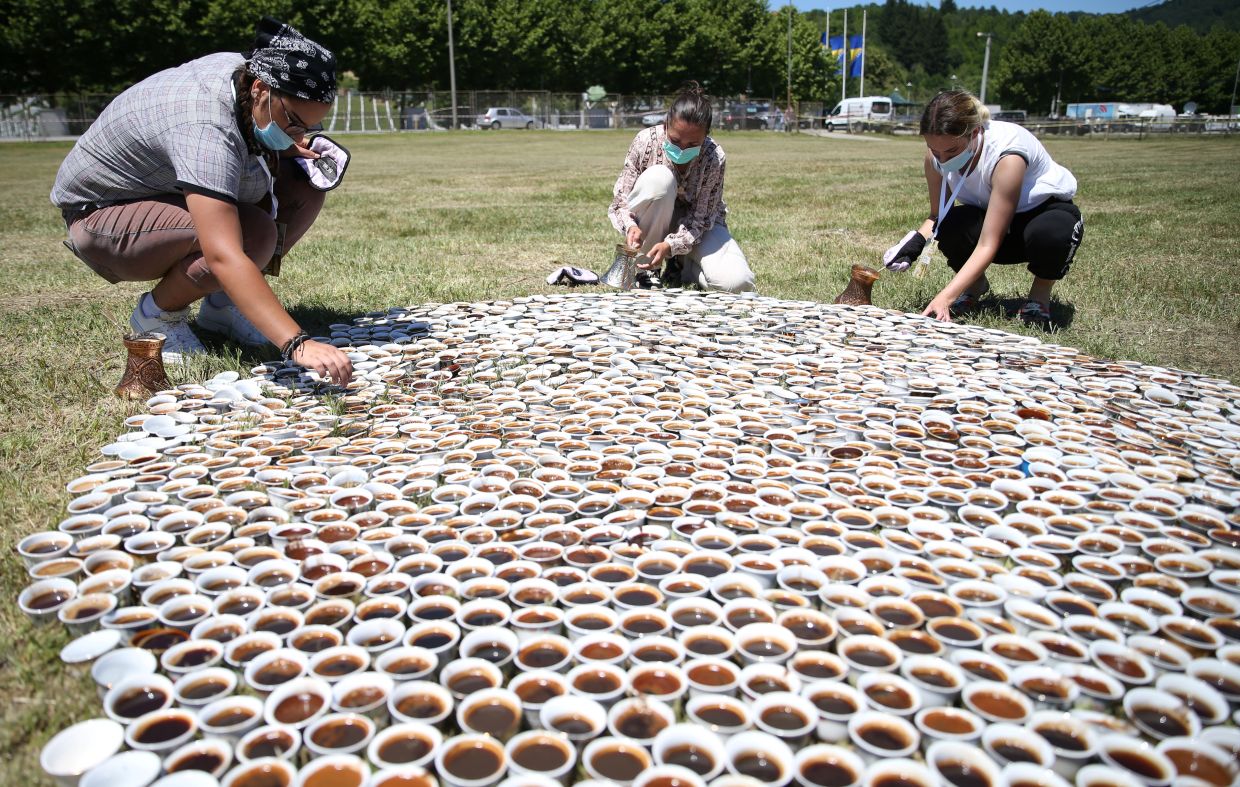 Sehovic (centre) helps install her collection of some 8,000 traditional ceramic cups filled with Bosnian coffee at the Potocari-Srebrenica Memorial Centre for victims of the 1995 massacre of Muslim men and boys by Serb forces, in eastern Bosnia. Photo: Reuters

In a nearby building were coffins containing the remains of nine newly identified massacre victims. They will be buried on Saturday, the anniversary, in an adjacent cemetery where tall white tombstones mark the graves of 6,643 other victims.

The remains of more than 1,000 others have not been found.

Sehovic had assembled the coffee cups annually on July 11 in the squares of cities across the United States and Europe, each filled with Bosnian coffee brewed on site.

The exhibit grew every year with more donations of cups from the Bosnian diaspora or passersby who helped augment the collection to over 8,000, matching the known number of victims. - Reuters