It's curtains up, masks on: live theatre is set to return to the stage in Kuala Lumpur

The entire KLPac venue has been disinfected, including theatres and studios. It will reopen with the 'Yesterday Once More' musical series, starting July 22. Photo: KLPac

If you have watched Yasmin Ahmad’s film Sepet or caught a recording of the theatrical adaptation that was made available on Liver and Lung Productions’ YouTube channel during the movement control order (MCO), you can now enjoy it in another form: a restaging of Sepet The Musical.

Its upcoming staging will be held over three weekends next month (Aug 7-9, Aug 14-16 and Aug 21-23) at the GMBB venue in Kuala Lumpur. It is presented by Liver and Lung, in partnership with GMBB.

In this production, Joshua Gui and Badrika Bahadur return as star-crossed lovers Jason and Orked.

Shafeeq will return to the director’s seat for this upcoming series.

“Directing Sepet The Musical was a life-changing experience. Gaining recognition from Kakiseni was both humbling and deeply rewarding. We wanted to celebrate the win by reviving the show for new audiences and bring the hope that Yasmin Ahmad inspired to a post-Covid world. It is time that Malaysia enjoys theatre again, ” says director Shafeeq, who is also co-founder of Liver and Lung.

Liver and Lung will be presenting this show as a double bill: Sepet The Musical will be staged alongside a 45-minute preview of new musical Songs Inspired By A Little Life. 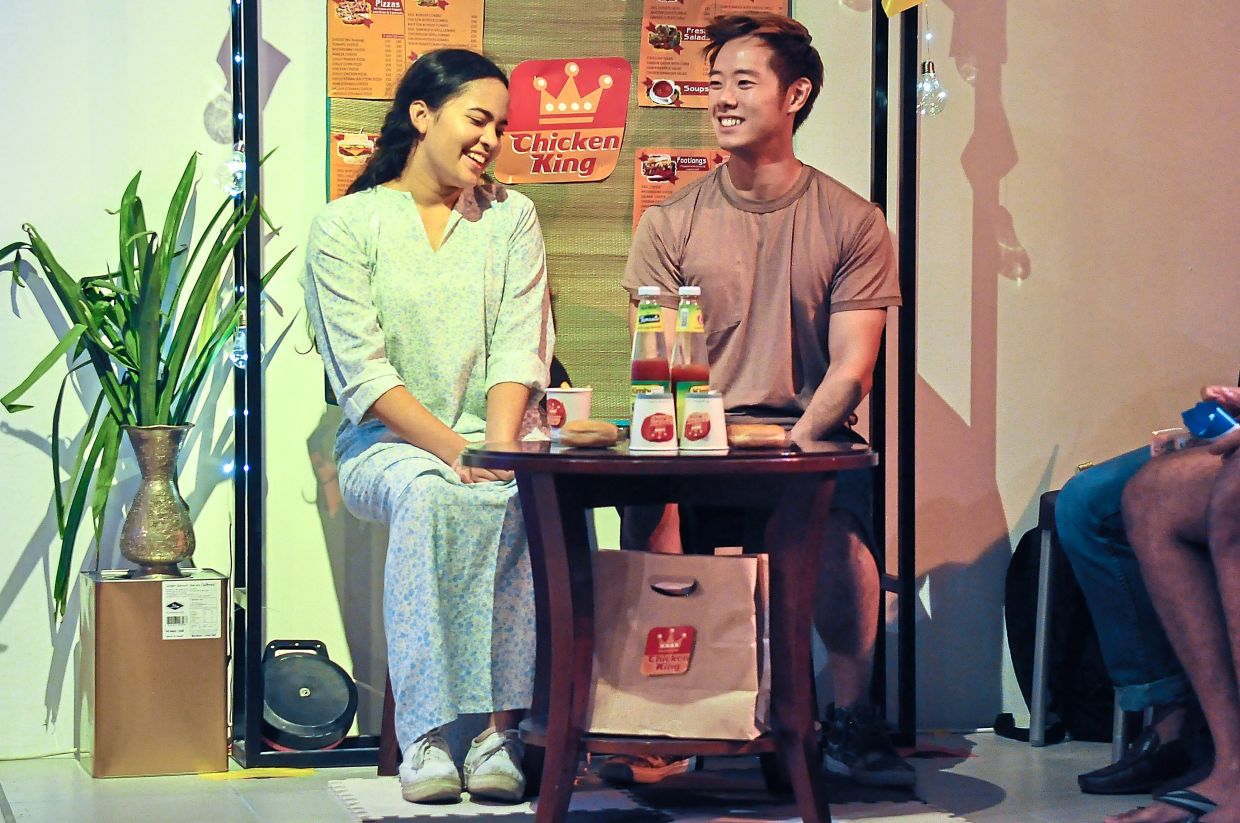 Expect social distancing on stage as Joshua Gui and Badrika Bahadur return as star-crossed lovers (Jason and Orked) in a restaging of 'Sepet The Musical' in KL next month. Photo: Liver and Lung Productions

This musical is inspired by Hanya Yanagihara’s award-winning novel, which tells the tale of brilliant and enigmatic lawyer Jude who must learn to confront his past before it defines his life forever.

Health standard operating procedures will be in place at GMCC, including temperature checks and social distancing arrangements. Ticket details and SOP guidelines at www.liverandlung.com.

“We encourage everyone who come masked and dressed in their best Sepet-inspired attire – casual ‘pasar malam’ attire and cotton baju kurung. Food will be served MCO-style. It is going to be a fun, moving and heartfelt evening, ” says Shafeeq.

Sepet The Musical will be one of the first few live theatre productions held in Kuala Lumpur since the MCO came into effect on March 18.

Last weekend, PenangPac reopened with the live comedy show The Ice Kacang Project in George Town, making it the first in the country to adapt to new normal theatre.

KLPac is also gearing up to reopen its doors with the Yesterday Once More 3 series, which runs July 22-26. This live musical show, which revisits golden age pop classics from 1940s to 1960s, is the first show at KLPac since early March. It was supposed to play at KLPac on March 18.

"We are really glad to get back to live theatre... observing all the public health guidelines and age restrictions. It has been a long wait and the musicians and singers are really looking forward to get a feel of the stage once again. The stage is home for so many of us, here is where we slowly move forward together," says Ian Chow, musical director of Yesterday Once More 3, and KLPac's group general manager.

Chow mentions that early this week the KLPac venue has also been thoroughly disinfected, including theatres and studios. The in-house cleaning team has stepped up sanitisation and disinfection of high contact points leading up to the Yesterday Once More 3 show.

Yesterday Once More series, which sold out its previous editions, is one of KLPac's popular musical programmes. This cabaret-style show, Chow reveals, is practically ready to roll. 'The stage is home for so many of us, here is where we slowly move forward together,' says Chow (right), the music director for the 'Yesterday Once More' series. Photo: KLPac

"We already had the rehearsals for this show wrapped up in March and we were having our technical night on March 16 when we heard the news about the MCO. So we all packed up and went home that night... and then came the lockdown phase after phase," he adds.

"We have worked out a playlist that might go beyond 15 songs... mostly upbeat material. It's a show to lift the spirits. The upcoming final rehearsals will take on new guidelines like social distancing on stage between the band members and singers. There is minimal choreography, but each singer can wiggle about as long as they are a safe space away from each other," says Chow.

KLPac's Pentas 2 will also open with a reduced capacity and new seating plan for this show, with 60 people allowed in a night.

The Yesterday Once More 3 performance will be a compact 75-minute show without intermission.