'As a child, I was very inspired by musicals and wanted to get involved in them. I'm thankful have my work recognised,' says Toh, who was involved in 'The Working Dead' and 'Euphrasia - The Musical', two award-winning theatre productions at the Boh Cameronian Awards on July 2. Photo: Handout

“I have followed the Cammies every year since I was a teen and to actually win one feels amazing,” says Toh, who started out in The Star's newsdesk before moving to the arts and culture section in 2014.

The Working Dead also won the Best Original Score, a work featuring Toh alongside Kelvin Loh, and Lydia Tong, and Best Musical Direction (Loh) awards at the BCAA, which was streamed live via Facebook on July 2.

“I am definitely inspired to keep on writing and creating new works after this, ” says Toh, who started his professional journey in musical theatre in 2010 when he joined the Short & Sweet Malaysia festival. 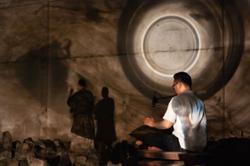