The Vincent van Gogh Foundation said the letter was the most important document by van Gogh not held by any museum, as it was the only letter he wrote with Gauguin. Photo: AFP

A letter written by Vincent van Gogh and fellow artist Paul Gauguin describing visits to brothels and discussing the future of art has been sold at auction for US$237,700 (RM1mil).

The letter was bought in Paris on Tuesday by the Vincent van Gogh Foundation which will display it in its museum in Amsterdam. The artists wrote the letter to French painter Emile Bernard in late 1888 during their stay in the French city of Arles, where the foundation also has a museum.

The letter, written a week after Frenchman Gauguin joined Van Gogh at the Dutchman's house in Arles, tells Bernard of their discussions on art and their work.

"Now something that will interest you - we’ve made some excursions in the brothels, and it’s likely that we’ll eventually go there often to work," the letter says.

"At the moment Gauguin has a canvas in progress of the same night cafe that I also painted, but with figures seen in the brothels. It promises to become a beautiful thing."

The Vincent van Gogh Foundation said the letter was the most important document by van Gogh not held by any museum, as it was the only letter he wrote with Gauguin.

"Their artistic dialogue was unstoppable in those days and was even continued in brothels and in this letter," it said, adding that it "gives a visionary picture of their artistic cooperation and the future of modern art."

In the letter, Van Gogh refers to Gauguin as "an unspoiled creature with the instincts of a wild beast. With Gauguin, blood and sex have the edge over ambition."

Gauguin spent about two months with Van Gogh in Arles but their relationship soured. He left after Van Gogh suffered a breakdown and cut off part of his ear. - Reuters 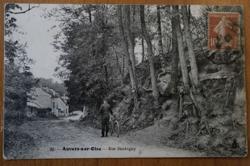 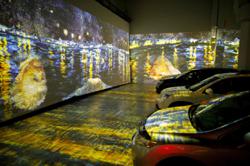