In France, book sales rocket to more than 230% as lockdown eases

Book sales in France have soared since the country began to ease its lockdown, rocketing more than 230% in a week, a survey showed recently.

A study for the trade weekly Livres Hebdo found that from May 11 to 17 bookshops did a roaring trade, with readers desperate to stock up while public libraries remained shut.

Many French bookshops had partially reopened in the last weeks of the country's strict eight-week confinement for takeaway or click and collect sales.

Even so, overall, sales were 60% down compared the corresponding period in 2019.

Despite the proliferation of online reading groups during the lockdown, the French publishing industry has been badly hit, with publishers claiming that revenues have dropped by 80%.

France has more independent bookshops than almost any other European country, with a fixed price system protecting them from discounting by online giants like Amazon.

But with publishing reeling in the wake of the virus, Culture Minister Franck Riester said recently that he was working on an aid package for the industry. - AFP 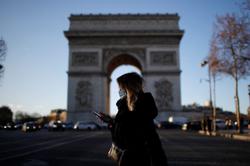 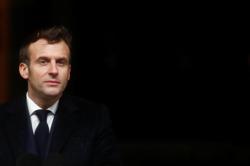