'I think 'The Ickabog' lends itself well to serialisation because it was written as a read-aloud book (unconsciously shaped, I think, by the way I read it to my own children), but it’s suitable for 7-9 year olds to read to themselves,' says Rowling. Photo: Reuters

J.K. Rowling is to publish a fairy tale about truth and abuse of power free online so that children can read it during lockdown.

The first chapters will go out on Tuesday (10pm, Malaysian time) here and then every weekday until July 10, Rowling said on Twitter, adding in capitals: "THIS IS NOT A HARRY POTTER SPIN-OFF".

Rowling got the idea for The Ickabog when she was writing Harry Potter and she intended it to be published after Harry Potter And The Deathly Hallows, the last of her seven-book Potter series.

But the mostly handwritten manuscript of The Ickabog ended up in her attic and stayed there for a decade until a few weeks ago, stored in a box from high-end fashion retailer Net-A-Porter. She has rewritten parts of it in recent weeks.

"The Ickabog is a story about truth and the abuse of power," said Rowling, 54. "The themes are timeless and could apply to any era or any country."

"To forestall one obvious question: the idea came to me well over a decade ago, so it isn’t intended to be read as a response to anything that’s happening in the world right now," she said.

The first chapters of the fairy tale will be published on The Ickabog website. 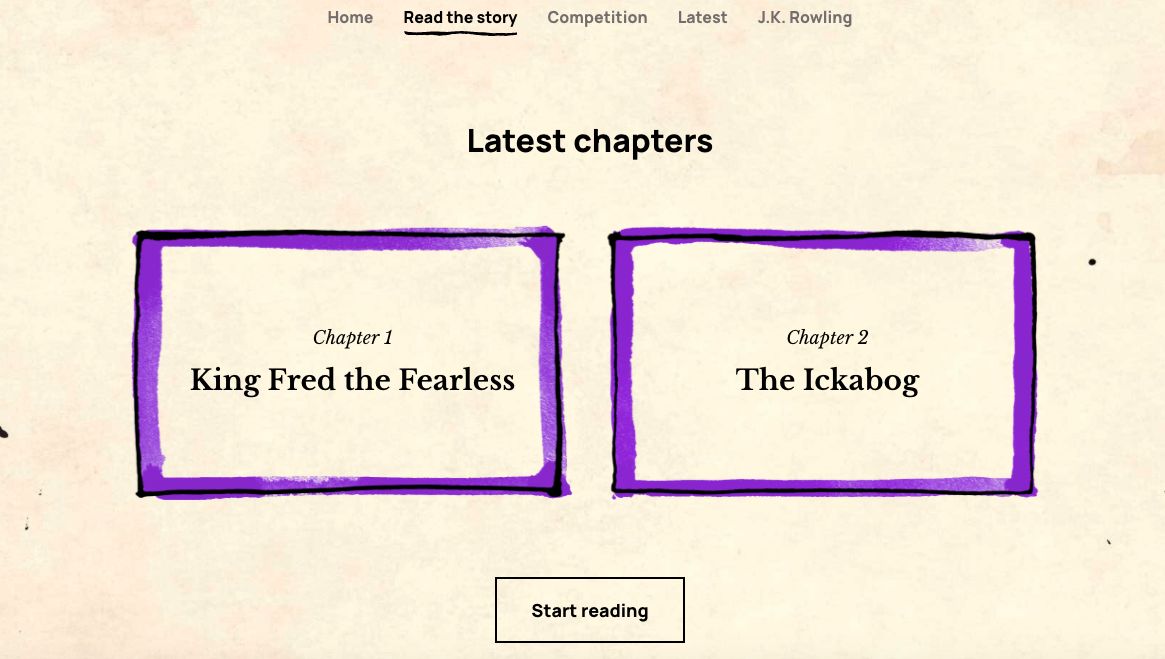 A screen shot of the first two chapters of 'The Ickabog', available to read now on.

"I’ve decided to publish The Ickabog for free online, so children on lockdown, or even those back at school during these strange, unsettling times, can read it or have it read to them," said Rowling.

"I’d like children to illustrate the book for me!" she said. Let your imaginations run wild!"

Rowling said she would donate her author royalties to projects and organisations helping the groups most impacted by Covid-19.

"Until very recently, the only people who’d heard the story of The Ickabog were my two younger children," she said.

Rowling first came up with the idea for Harry Potter in 1990, though Harry Potter And The Philosopher’s Stone only appeared in 1997.

The Harry Potter books tell the saga of a young wizard's battle with evil in the form of Lord Voldemort. The series has been translated into over 80 languages and sold more than 500 million copies worldwide.

Harry Potter And The Philosopher's Stone has become one of the world's best selling books, alongside Alice's Adventures In Wonderland and The Master And Margarita. - Reuters