Who says a star nozzle has to be shaped like a star? Mohd Yusof has designed his own patterns. Photo: Filepic

In the month of Ramadan, Mohd Yusof Abas is usually kept busy making all kinds of copper biscuit moulds and cookie cutters as that is the time the demand for his handmade craft goes up two-fold.

The 78-year-old seasoned craftsman, who is affectionately known as Tok Wan, would normally have customers even from other states coming to his small 15sq m workshop at Kampung Pinang in Kamunting, Perak, to buy his moulds to prepare biscuits and traditional cakes for Hari Raya Aidilfitri, which happens tomorrow.

This Ramadan, however, his workshop is noticeably quieter as business has been dull due to the Covid-19 pandemic and the movement control order (MCO) enforced since March 18.

“Ramadan is usually the most lucrative time for me. This year, however, my sales have gone down by about 50%,” said Mohd Yusof in an interview.

Although he is sad his business is down, he realises the restrictions are necessary to contain the pandemic.

“I view it as a temporary setback... things will improve soon, ” added Mohd Yusof, who received the Outstanding Craftsman Award during the National Craft Day 2015 celebrations organised by the Malaysian Handicraft Development Corporation (Kraftangan Malaysia).

Healthy and sprightly for his age, Mohd Yusof’s hands are still steady enough to wield a pair of scissors and pliers which he uses to expertly shape copper sheets into moulds. In fact, all he needs is 10 minutes to whip up a simple biscuit mould or cookie cutter.

Mohd Yusof, who has been involved in this trade for over 50 years, also makes moulds for the more modern delicacies such as Mazola cookies, pudding and jelly. The moulds that are usually sought after during Ramadan are the ones for making the popular samperit biscuits and jelly. All Mohd Yusof needs is 10 minutes to whip up a simple biscuit mould or cookie cutter. Photo: Bernama

His family-run operations produce about 100 types of moulds in all kinds of shapes bearing flora motifs.

“People prefer to buy copper moulds rather than plastic ones because they last longer.

“Furthermore, copper absorbs heat better and doesn’t cause the dough to stick to the mould during the baking process, which keeps the shape of the biscuits and cookies intact, ” he explained.

Meanwhile, the Ministry of Tourism, Arts and Culture has embarked on an initiative through Kraftangan Malaysia to encourage craftsmen affected by the MCO and CMCO (conditional movement control order) to sell their products via E-Kraf Bazar on Facebook.

The online craft bazaar, which has been active since April 8, was introduced to replace the Aidilfitri Craft Festival that usually takes place at various shopping complexes during the fasting month.

Mohd Yusof, who is making use of the E-Kraf Bazar platform, said his business did not have a strong online presence previously but he is aware that he has to conform with the “new normal” and start selling his moulds online.

“I’m not familiar with IT or the Internet. I’m leaving all these things to my children and grandchildren to handle... they are now actively promoting our moulds on the Internet, ” he said, adding that the response from online customers has been encouraging.

To attract existing and new customers to their online site, his daughter Norazliza Mohd Yusof, 37, said each picture of a mould uploaded on their site is matched with photos of biscuits and cookies that can be made using that particular mould. 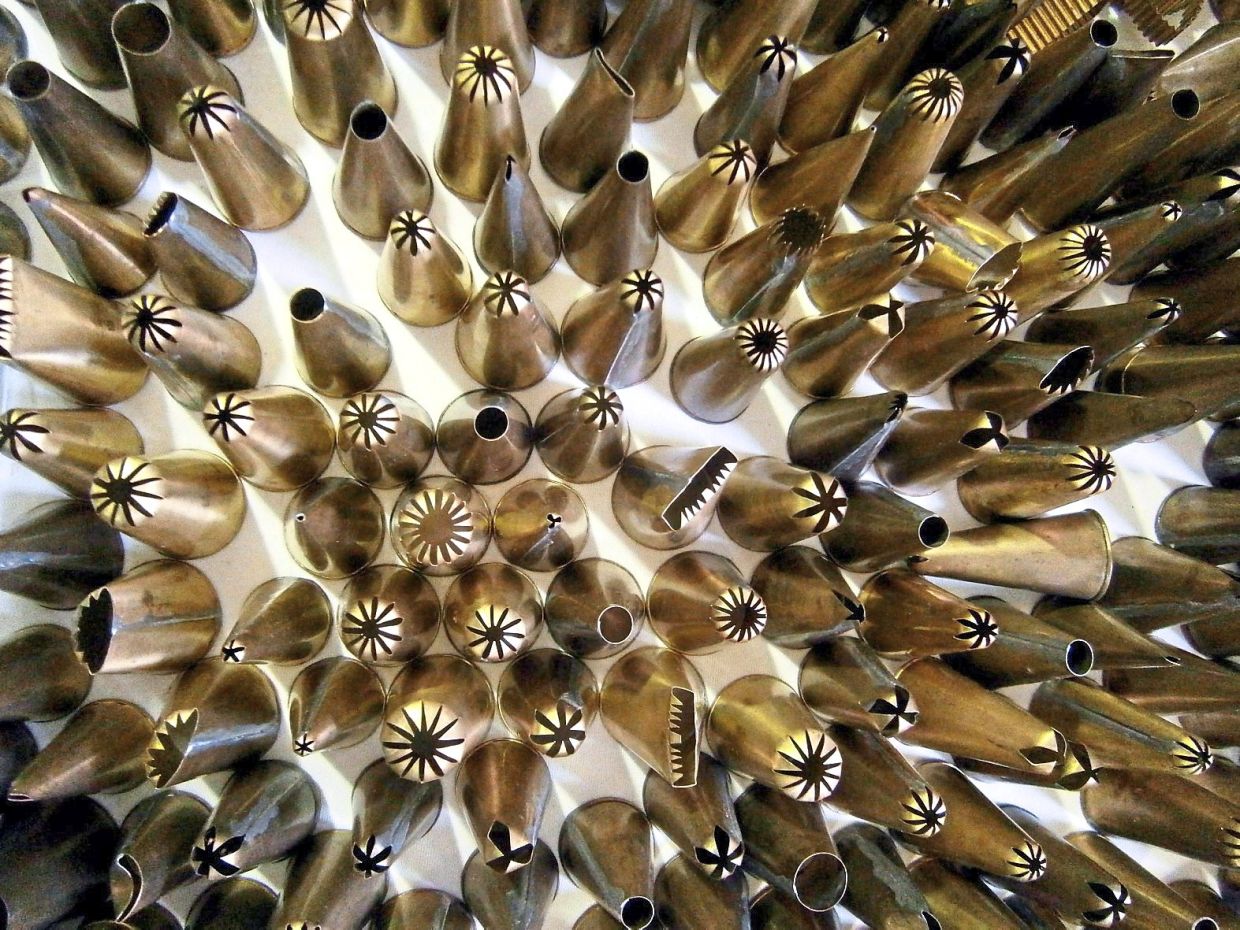 “For example, we’ve about 40 types of moulds to make the samperit biscuit alone, ” she said, adding that during this Ramadan, the most popular mould appears to be the one that is used to make flower-shaped doughnuts.

Elaborating on the E-Kraf Bazar initiative, Kraftangan Malaysia director-general Ibrahim Ismail said it was created by the government specifically to help craft entrepreneurs nationwide to market their handicrafts online.

He said the E-Kraf Bazar platform now has over 8,000 members, 700 of whom comprise craft entrepreneurs and the rest, craft enthusiasts and buyers. Among the items available in the online bazaar are batik outfits, weavings, ceramic ware, songkok, footwear, scarves and foldable bookrests.

In conjunction with the annual Tadau Kaamatan and Hari Gawai in Sabah and Sarawak respectively at the end of this month, E-Kraf Bazar will be promoting the indigenous communities’ ethnic wear and beadwork pieces.

Taking into consideration that most of the craftsmen are senior citizens, Ibrahim said Kraftangan Malaysia is giving them the necessary guidance to make use of the online platform.

“Staff from Kraftangan Malaysia’s branch offices would help to take photos of their products and upload them on our Facebook page. Well, this is the new normal now and craft entrepreneurs and buyers have to get used to online selling and buying, ” he said, adding that this year the agency planned to create an e-Marketplace to provide more opportunities for craft entrepreneurs to sell their products. – Bernama