More than 900 pieces of work have already been submitted to the Covid Art Museum - an Insta-museum - from around the world.

Would you put your slippers on display? The global coronavirus pandemic is still raging but museums are already gathering testimony and objects to remember life under lockdown.

"It's such an extraordinary experience," said Beatrice Behlen, senior curator at the Museum of London.

"When we knew there was going to be a lockdown, we started straight away talking about what we needed to collect something for the future."

The museum, dedicated to the history of the British capital, launched an appeal for Londoners to donate items that reflect their lives during the Covid-19 outbreak.

"It could be something that gives you comfort - one example mentioned often is maybe your favourite slippers, and you've been wearing them every day," she said.

It might also be evidence of a new skill someone has picked up, whether knitting or cooking or making masks for healthcare workers.

Among the items collected so far are a pot of homemade jam and a makeshift rattle used to accompany the weekly "clap for carers" across the country.

"What is interesting for us is the story that's behind it, not necessarily the thing itself," said Behlen.

"It needs to mean something to the people. And we asked them to tell us about the object as well."

Harder to curate are the emotions people feel while isolated at home, the feelings of loss and fear, but also safety, hope and love.

In response to an appeal by the Museum of Home, also in London, one family has recorded how they set up a screen in front of their table so they could share a meal with relatives via videolink.

Another transformed their living room into a workshop to make gowns for healthcare staff. 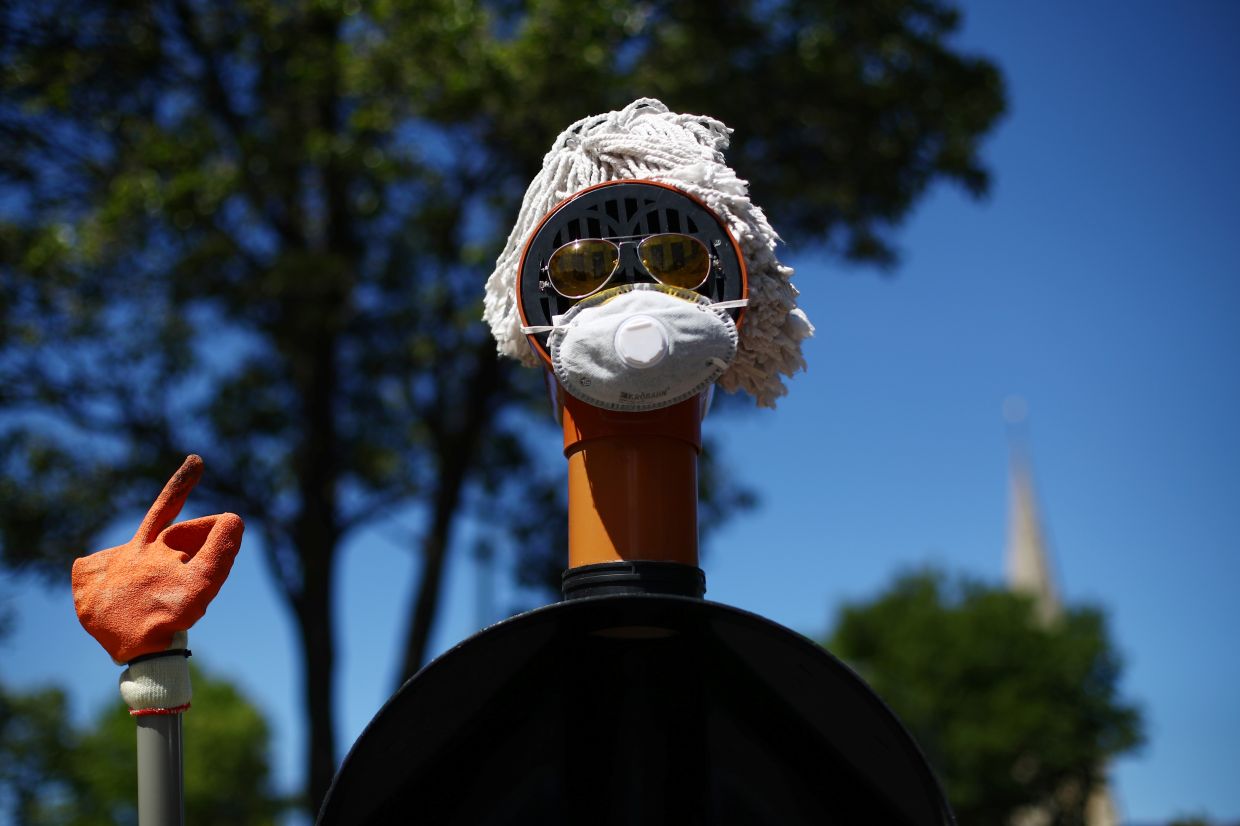 A sculpture surrounding a bollard consisting of plumbing materials, sunglasses and a protective face mask is seen in Lewisham following the outbreak of coronavirus disease in London. Photo: Reuters

The museum is also asking people to record how they feel about their homes, which are now used as offices, classrooms and gyms.

"What seems to be coming out time and again with some of the testimonies is people's resilience to the situation and how they're changing and adapting," said museum director Sonia Solicari.

In one recollection, a man known only as Amarjit describes how his Victorian house in east London has become "a palace" during lockdown, as "everything now happens here".

By contrast Alex, who lives alone in a small flat with no outside space, says he feels like he is in "solitary confinement in prison."

"However, I am grateful that I am safe and not in a difficult relationship - the neighbours downstairs constantly fight."

Solicari says she has been surprised at how open people have been.

"So it documents feelings, which can be very hard for museums to collect actually."

Curators around the world are making similar efforts to chronicle these historic times.

In Sweden, the Nordiska museet in Stockholm is currently collecting children's reflections of how their daily lives have changed and how they see the future.

In Vienna, a photo of a birthday in confinement and a kiss through a window pane are part of 1,800 contributions already collected by the city's museum. 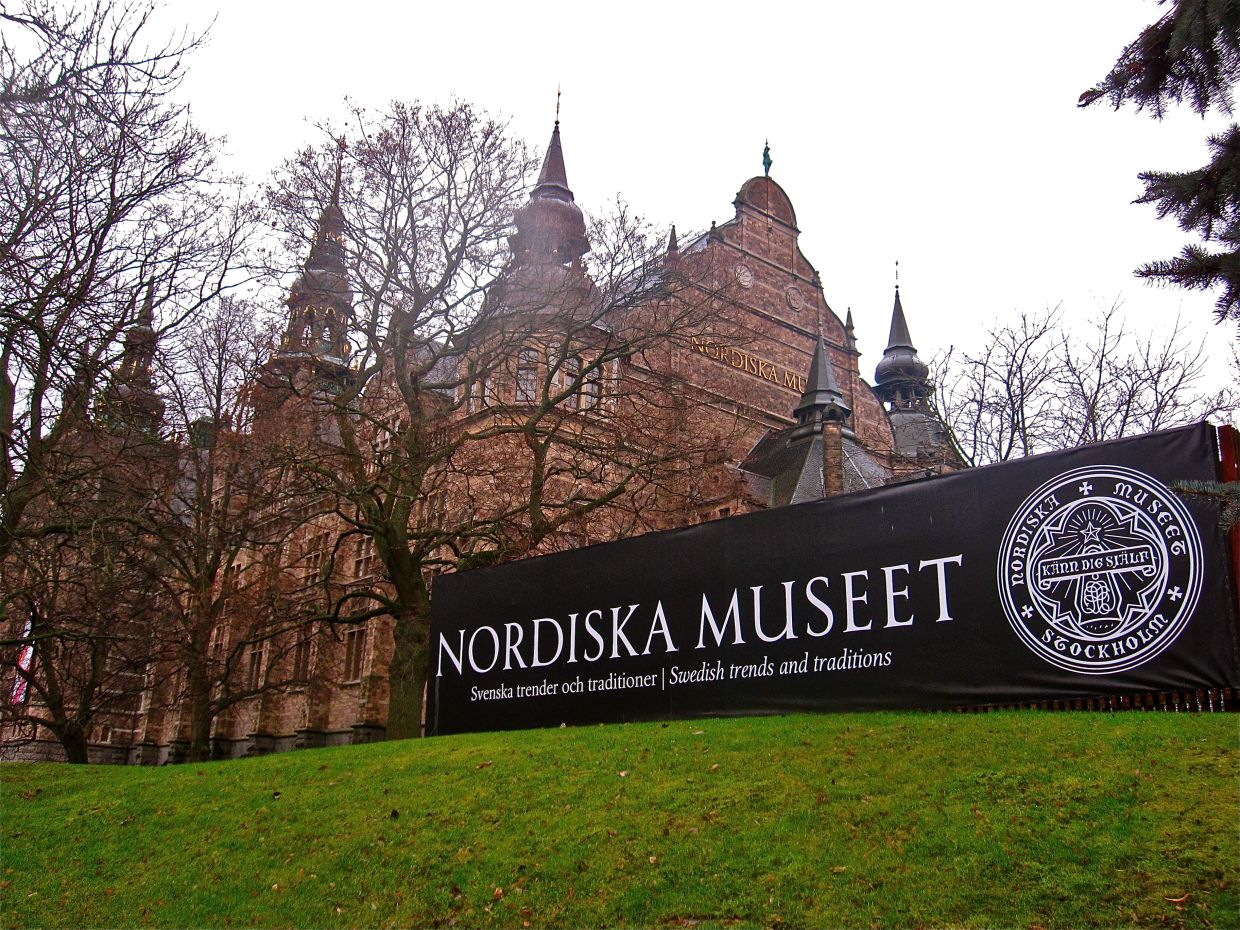 In Sweden, the Nordiska museet in Stockholm is currently collecting children's reflections of how their daily lives have changed and how they see the future. Photo: Filepic

"You have to keep a record of this event to explain in 100 years time what happened," said Sarah Lessire, who is coordinating an online archive project in Belgium.

"If we don't act now, we risk losing all these memories," she said.

Her site lists multiple initiatives such as mutual aid groups on Facebook or a virtual May Day party.

The lockdown has also inspired three young advertising executives in Barcelona to set up a virtual museum on Instagram.

More than 900 pieces of work have already been submitted to the Covid Art Museum from around the world.

For bricks-and-mortar institutions whose doors have closed during the lockdown, however, there is a worry that they may not be able to show their collections to real life visitors for months.

Some fear they may not survive at all, including the Florence Nightingale Museum London, which is calling urgently for donations.

Dedicated to the pioneering nurse, the museum is situated in the grounds of St Thomas' Hospital, where Prime Minister Boris Johnson was recently treated for coronavirus. - AFP 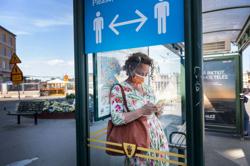 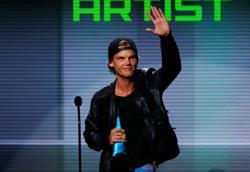 Museum dedicated to late DJ Avicii to open in Sweden