Award-winning Japanese author Sayaka Murata offers a quirky tale of two misfits who make their way through life unapologetic about their choices.


Keiko is 36, unmarried, and has worked at the same convenience store since she was 18. In Japan, society expects women her age to either be already married with children or be in full time employment with a company, so Keiko’s circumstances make her an odd ball. 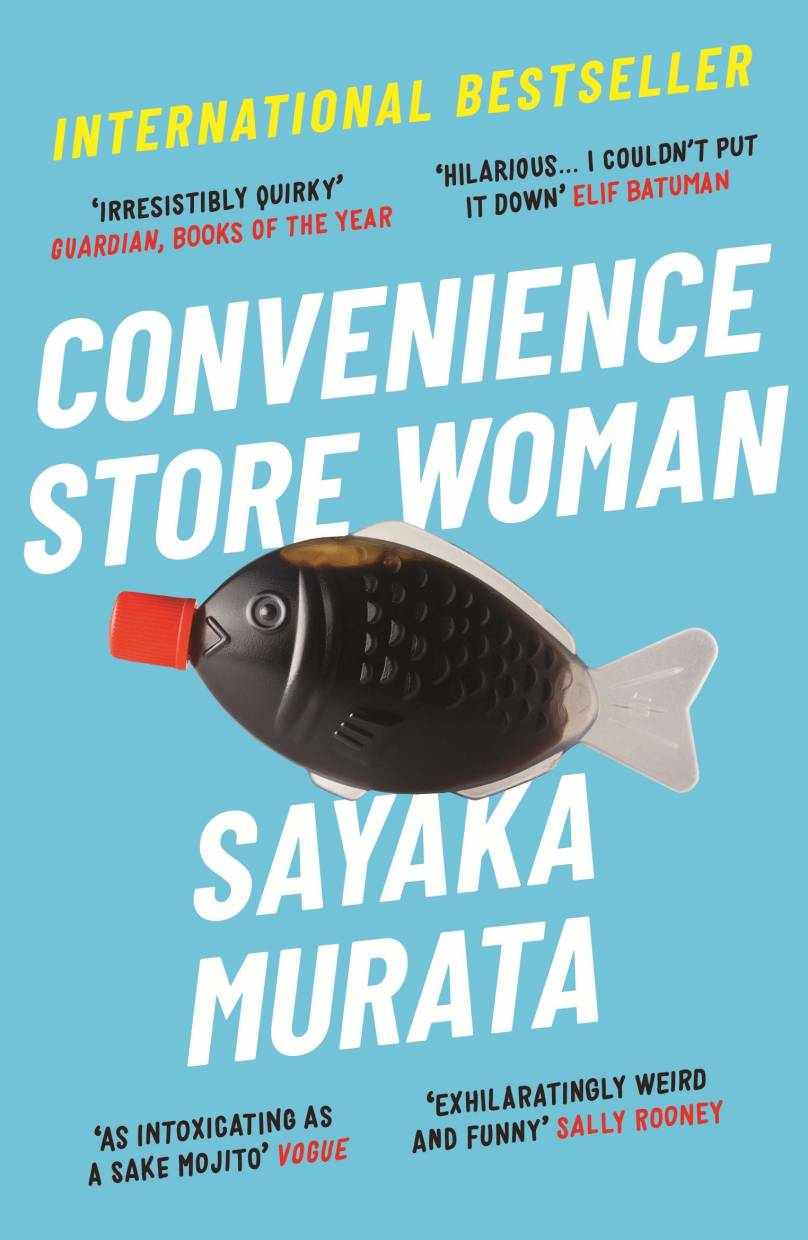 Yet it is at the convenience store that she knows how to act and what to say. She knows what to expect and what is expected of her. The rules of conduct are defined, and even when there are variables, like the weather or road works, that may influence what customers want to buy, convenience store expectations show her the way.

Keiko is in her element at the store. She might as well have changed the name on her birth certificate to “Convenience Store Woman”.

But then, during a get together, her friends suddenly notice that, hey, Keiko is still unmarried and is still at the same convenience store! Keiko’s reasons for staying at the store, helpfully cooked up by her sister to save Keiko from embarrassment, no longer hold up under this latest scrutiny of her marital and employment status.

Then a new guy, Shiraha, comes to work at the store. He seems the complete opposite of Keiko. While she is a diligent and thoughtful worker, focused, calm, and logical, he is lazy, uninterested in any kind of work, selfish, conceited and emotional.

So it is ironic that when the bothersome and annoying Shiraha ends up in Keiko’s one room “apartment” one day, Keiko decides that he could be just what she needs to get her friends and family off her back.

It is easy to regard Keiko as simply strange, given the blurbs on the book’s cover describing the story as “quirky” and “fun”, and so on. I initially thought she was a little sociopathic. For example, in her last genuine childhood interaction with other children, Keiko bonked a boy on the head with a shovel to stop a fight between him and another boy. Well, the other kids wanted the fight to stop, so she reasoned rather logically and emotionlessly that a shovel to their heads would do the trick.

That got her parents in trouble, of course. So Keiko stopped interacting with other children and kept mostly to herself until she became a convenience store worker.

She seems almost Vulcan (from pre-reboot Star Trek). Unlike Vulcans, however, who feel deeply but control the expression of their emotions, Keiko really seems emotionless at her core and fakes emotions to appear “human”.

But no, she is not sociopathic. Unlike true sociopaths, Keiko is not interested in manipulating others for personal gain or pleasure. She just wanted to find her place in world. It is just odd that that place is a convenience store.

Indeed, her emotions seem genuine there, almost human. And the convenience store is the anchor that lets her experiment with interacting with other people during her days off, like at the aforementioned get together.

Now, if Keiko is like a Vulcan, then Shiraha is like a Romulan, with emotions like anger quick to appear. When he's not railing at the world, he's like a surly teenager whose parents have forced him to work so that he can build “character”.

But this “teen” already has character – one that rants and raves about the unfairness of society’s expectations of men. Men are always expected to work, be the breadwinner and fulfil the needs of women, he says. So what does he do about it? Well, he chooses to stop working, partly thanks to Keiko who allows him to live with her.

You may think it evil of him to hide his good-for-nothing lazy behind with rants about contemporary society and then take advantage of a more pure soul so he can continue nurturing his lazy good-for- nothing butt. And you would be right. But that would overlook the similarities between Keiko and Shiraha.

They are both misfits trying to find their place in the world. Keiko has already found hers, while Shiraha believes his place is with her – supporting him so that he can, as he says, spend his life doing nothing.

But while both recognise that they do not quite fit society’s expectations and have withdrawn as much as they can from social interactions in general – Keiko as a schoolgirl, Shiraha after he meets Keiko – one doesn’t want to cause harm to others while the other doesn’t want to be harmed by society (because work is, you know, oh so harmful to men).

It is so easy to miss this on a simple reading (for me, because I read... simply), and indeed, I did not see the coin that is Keiko and Shiraha until I started writing this review. Keiko is “heads”, Shiraha is “tails”. Such is Keiko’s personality and life choices that you always want this coin to come up “heads”.

Joe Hill’s 'Full Throttle' is full of chills, thrills and even a few tears