8 theatre, dance and fusion music shows to watch in January 2020

A brand New Year brings with it a whole bunch of theatre, arts and fusion concert performances. Here's a list of shows to catch in the Klang Valley this month:

Start 2020 right with a splash of glitz and glamour in true Viennese style. Join the Malaysian Philharmonic Orchestra (MPO), conducted by Pietari Inkinen, as it takes you through a selection of Johan Strauss II’s classics.

The MPO will also be playing pieces by Chopin, Farquhar and Dvorak. The cast of '70 Pengikut Syaitan'.This may be a dark way to start the year but Bleenk Media promises a captivating story enhanced by theatrical razzmatazz, with the use of lighting, projections and effects.

Directed by writer and former radio announcer Cech Adrea and written by first time playwright Aiman Nazirmuddin, 70 Pengikut Syaitan tells the tale of a father and daughter. Their relationship is tested when a mysterious customer appears in their shop to purchase their fans. But his presence causes tension to rise between the two. Little did they know that this mysterious stranger is the Devil himself!

The Music The World
Where: DPAC, Petaling Jaya
When: Jan 11 and 12

The concert is presented by the China Cultural Centre in Kuala Lumpur and presented by Hands Percussion in collaboration with DPAC. 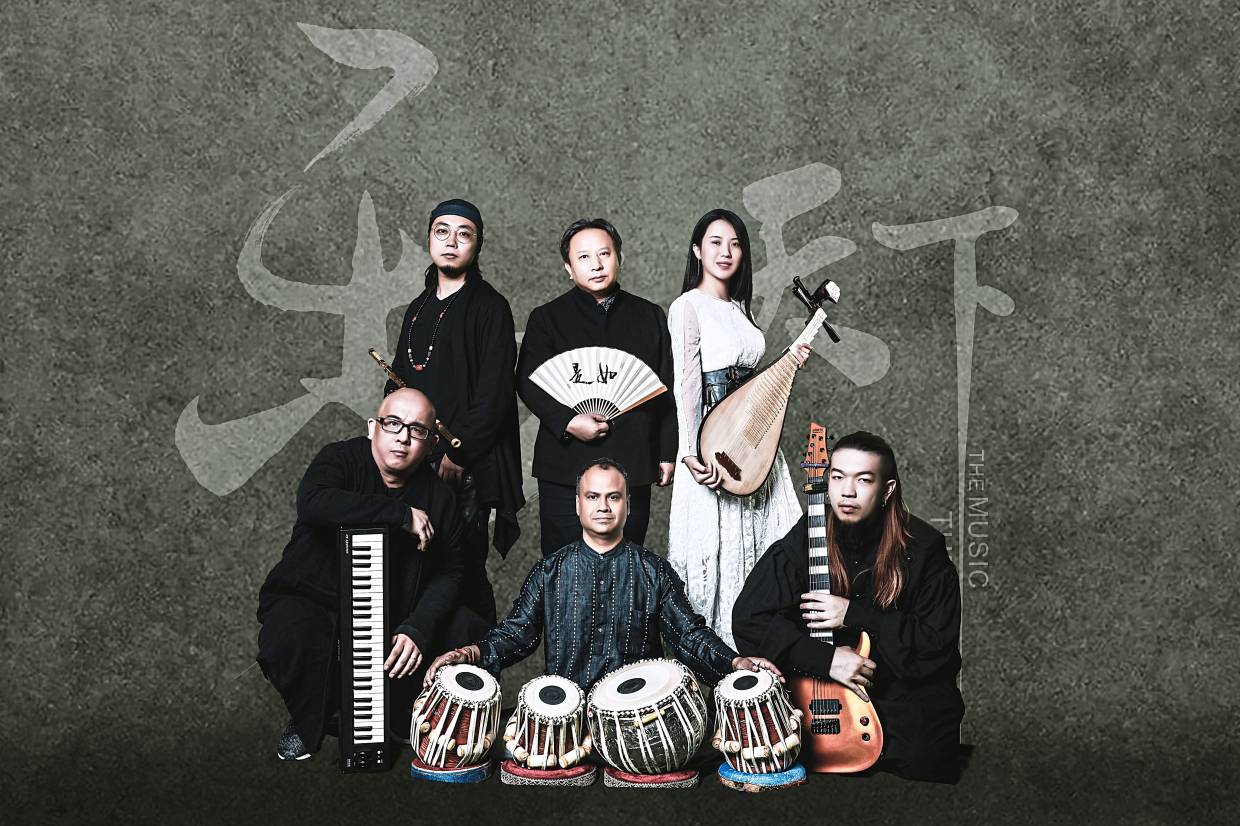 Beijing-based world music band The Music The World to play DPAC on Jan 11 and 12. Photo: Handout

Talk about an instant rerun! Seni Tiga #10: Impermanence, which showed at KongsiKL in November, is being restaged this month.

The show itself circles around themes of nature and impermanence, where rocks, water and sand also play a part in the performance. Imagine a warehouse space with performing arts and a "rock garden".

This Seni Tiga edition attracted a bumper crowd the first time out. So be quick, get yourself a space with this restaging.

Shakti, the legendary world fusion group formed in the mid-1970s by acclaimed jazz guitarist John McLaughlin and Zakir Hussain on the tabla, will be returning to Kuala Lumpur for a concert on Jan 17. It played in KL for the first time back in 2007.

For the old school Shakti fans, McLaughlin and Zakir on stage together is enough reason to rate this as the gig of the month. This touring group, blurring the lines between classical Indian and jazz, also features longstanding members - Indian composer Shankar Mahadevan on vocals, percussionist Selvaganesh Vinayakram (replacing his legendary father Vikku) and violinist Ganesh Rajagopalan. Pendatang Pampers by Suhaili Micheline, features eight dancers, and explores different bodies. It is a physical display of powerful-looking men and reveals the “baby boss” effect in an office environment, heralding the new wave of empowered youth, awareness and courage in people.

Wet Room by Kenny Shim is a piece that is energetic and highly physical. Set in the male locker room, the piece plays with the peculiarity of male characteristics whose awkward interactions result in compelling relationships. Wet Room also addresses the ego and masculinity “stripped naked” when men find solitude in quiet places. Talattu
Where: Temple Of Fine Arts, Brickfields, KL
When: Jan 18 Indian film actress and bharatanatyam dancer Rukmini Vijaykumar is back for another dance journey after her captivating 2017 solo performance called Mala at the Temple Of Fine Arts.

Talattu, composed by Dr Rajkumar Bharathi, is a tale of love and sorrow based on an ancient Indian tale. Follow Rukmini as she weaves this story about a mother’s love towards her child and a lover’s affection based on the Hindu mythology of Lord Krishna.

Rukmini will play all three characters of Krishna, his foster-mother Yashoda and his lover Radha. Talattu is choreographed and performed by Hyderabad-born Rukmini.

There is nothing like watching a live outdoor performance beneath a moonlit sky. Malam Sayu Berpuisi is back with spoken-word performances by three poets Jasmine, Hannah Moujing and Aniq Durar, with an open mic session included.

With no microphones, books, or phones for the poets, the trio have to rely on their theatrical skills to impress the audience. They are also given the freedom to add a musician and can even bring in their own props, dancers, or artists.

This is a multidisciplinary affair that is supported by INXO Arts Foundation. Entry: RM10.