Zunar stands up to racism in his new cartoon book

'Discrimination is still rampant. All Malaysian citizens should enjoy the same rights, regardless of race or religion,' says cartoonist Zunar. Photo: The Star/Lim Beng Tatt

The 57-year-old, who hasn't slowed down in fighting for a better Malaysia through his cartoons, is tackling the issue of racism in a new series. His new book Kartun Anti Racism contains 48 cartoons calling for anti-racist action and racial equality.

“This book is published in the midst of raging fires of racism and prejudice, stoked daily by certain groups and political parties. It is made worse when some of the leaders of the ruling government are doing nothing to stop it. Some even encourage these negative politics,” says Zunar about the book.

“Through my cartoons, I would like to remind the readers that racism degrades the mind. And if we don’t tackle it quickly, it will be a massive obstacle in building a nation,” he adds. 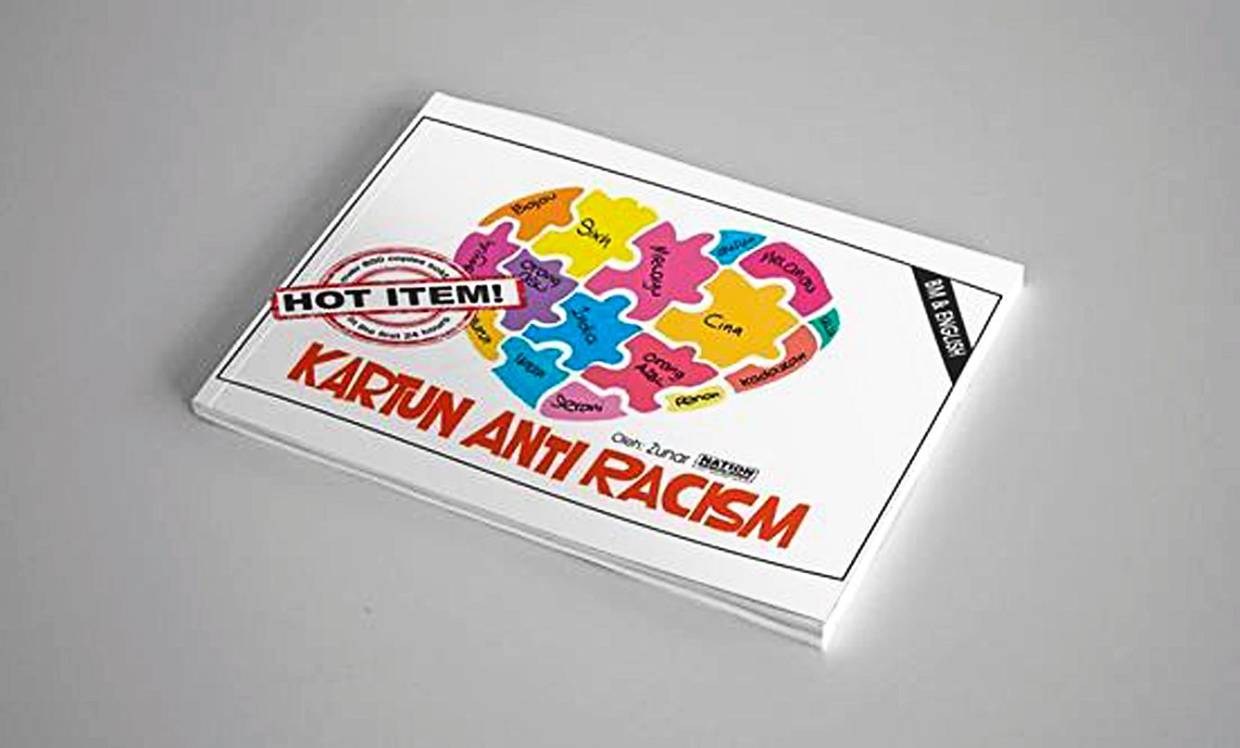 Kartun Anti Racism is printed in both Bahasa Malaysia and English. It is Zunar's 19th publication and his first cartoon book in the Malaysia Baharu era.

In May, his biography Fight Through Cartoons was published, followed by a solo art exhibition called Art Of Freedom at the Penang State Art Gallery.

For Zunar, Kartun Anti Racism is part of his "nation rebuilding" mission, with other themes like an anti-corruption book in the framework.

Racial polarisation is the source of many social injustices, he maintains. It has to be addressed before it is too late.

“Discrimination is still rampant. All Malaysian citizens should enjoy the same rights, regardless of race or religion. The cartoons (in the new book) express my belief that our education system is one of the reasons why our country is becoming more and more racist. As a solution, we need to reform our education system into a system based on meritocracy and free of racism, ” he says. 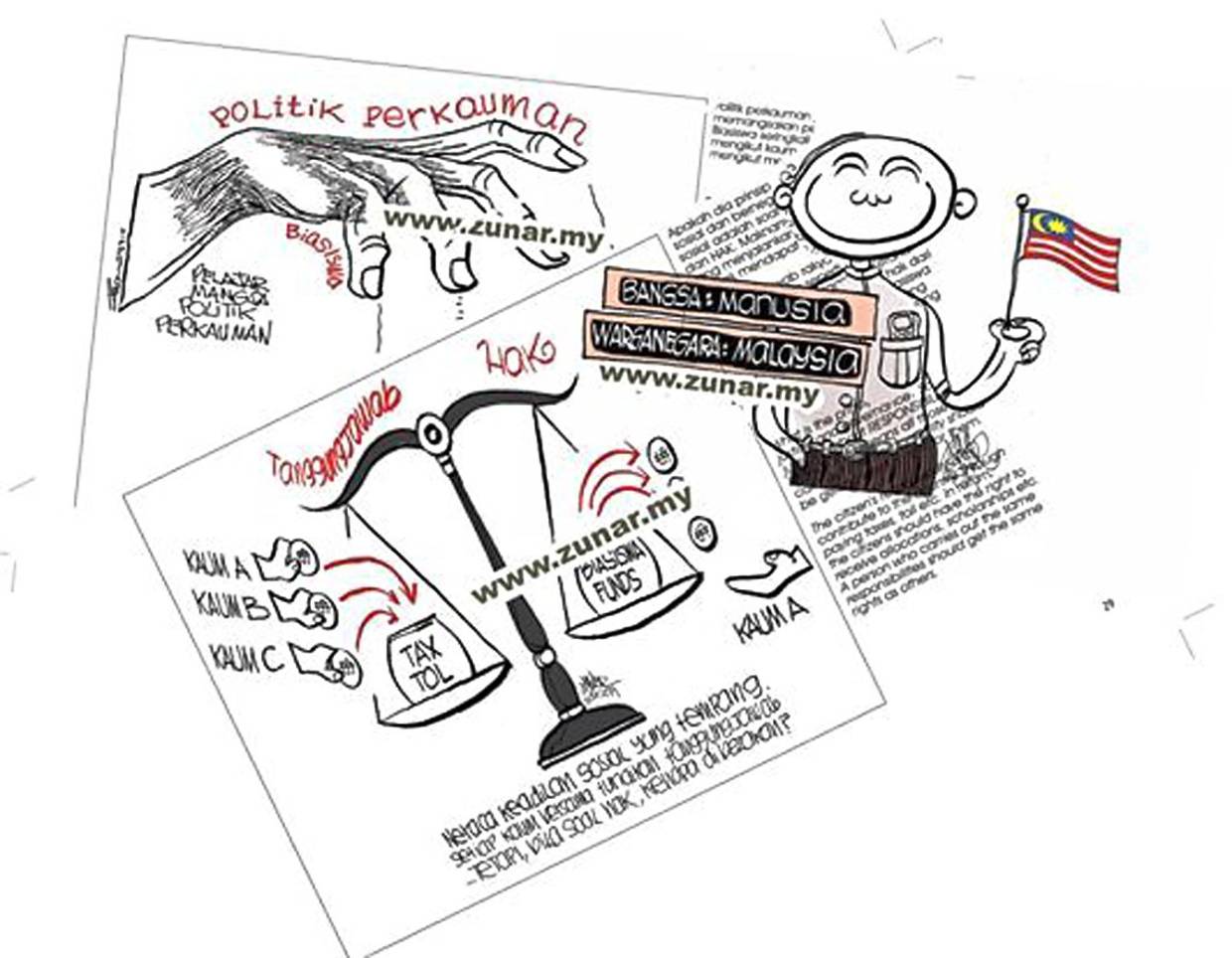 It was up to everyone: both the government and the public to stop racism. Zunar says that as a cartoonist, this book is his way of contributing to the cause.

“My cartoons come with a message that Islam prohibits racism. God made humans into different races, colour, and creed, not for us to hate each other, but to learn to respect each other, ” says Zunar.

Zunar's 'Kartun Anti Racism' book is available through www.zunar.my. The book, priced RM30, will be launched at University Book Store Malaysia, The School, Jaya One, Jalan Universiti, Seksyen 13, in Petaling Jaya, Selangor on Dec 21 at 11am.