Most people will fly into a rage when they experience somebody double parking. Poor driver etiquette is source of annoyance.

He sees double parking as a metaphor for the transient, temporary nature of things. Which is probably fitting for him, as he is a refugee, formerly from Iran, now living in Kuala Lumpur while awaiting relocation.

“My place here is just temporary. It is not a place to park. I'm just here for a short while, to attend to something. What I am doing now, my art, it is my calling, ” says Komeil, 36, during a recent interview in KL. Komeil's 'An Unlit Lamp On The Shore - A Self Portrait' (acrylic on canvas, 2019).His latest exhibition called Where I Tried To Double Park is on at KL's Improv Bistro till Dec 13. It features 15 abstract works, done in acrylic on canvas.

Komeil grew up in northern Iran, in a town by the Caspian Sea. His passion for art was inspired by his father Mohammad Yousefi Zarin, a painter, calligrapher and poet.

The cap-wearing artist's journey in Malaysia began eight years ago when he was forced to flee Iran in light of being accused of undermining the Iranian state.

In Iran, the doors have been shut for him. He couldn't return home to see his ailing father, who died last year.

As someone who is exiled yet forever connected to his homeland, Komeil has embraced art as a way of coping with life's challenges.

In Malaysia, life as an artist isn't the easiest. Outside the art gallery confines, Komeil also gives art lessons and workshops, while also volunteering at community-based arts events.

Komeil held his first solo show in KL in 2015, and has kept his work in the public eye through group exhibitions and Art Battle events. This year, he has been exceptionally productive with a solo show Here Beyond in KL in March. He also took part in the Refugee Festival in Penang in May, where he contributed a live painting session. A sombre work called Dark Is The Night was produced.

He has also been involved with illustrations for children's books, including A To Z Grandpa And Me (2018) by Diani Lee. In Where I Tried To Double Park, Komeil presents a showcase of deeply moving pieces, many of them influenced by Persian art and literature. There are also a lot of tree and moon motifs in his works as he has a particular fondness for exploring man's relationships with time, knowledge and nature.

Seated Figure Looking At The Moon sees a loosely-shaped figure seated as if in submission. The facial features resemble a half-moon, in reference to a Persian tradition of comparing a lover's face to the moon. Two Neighbors features two houses by a sea, with a tree growing between them.

“The tree is an expressionist symbol, bending from one side to another, representing the connection that I may have with another person, ” says Komeil.

One of the most personal works in his collection is The Wake, a stylised representation of an eye looking at a golden moon. This was painted last month, when the Internet was disrupted in Iran amid fuel protests in multiple cities. An estimated 180 people were killed in the ensuing crackdown by the Iranian government. 'I don't want to be just a producer of paintings, ' says Komeil. Photo: The Star/S.S.Kanesan“There was a week-long Internet blackout, so no one could see what was happening. This painting was done during that time, where everything was dark, you couldn't even call to find out what happened to your family. And I thought of the Iranian people, in all their suffering, looking at the moon, waiting for the day the brutality would end, ” says Komeil.

Despite having a solo exhibition portfolio, Komeil isn't someone who sees art solely as a commercial concern.

“I don't want to be just a producer of paintings. That is the most dangerous thing for an artist. I paint because it is how I think, ” he explains.

“It's a wonderful connection between the painting and the artist. Sometimes I just sit for days with two blank canvases. Of course, my idea is forming, but it's more than just that. I don't think of what I want to paint, but listen. What does the canvas want to say? It's more powerful than me.” 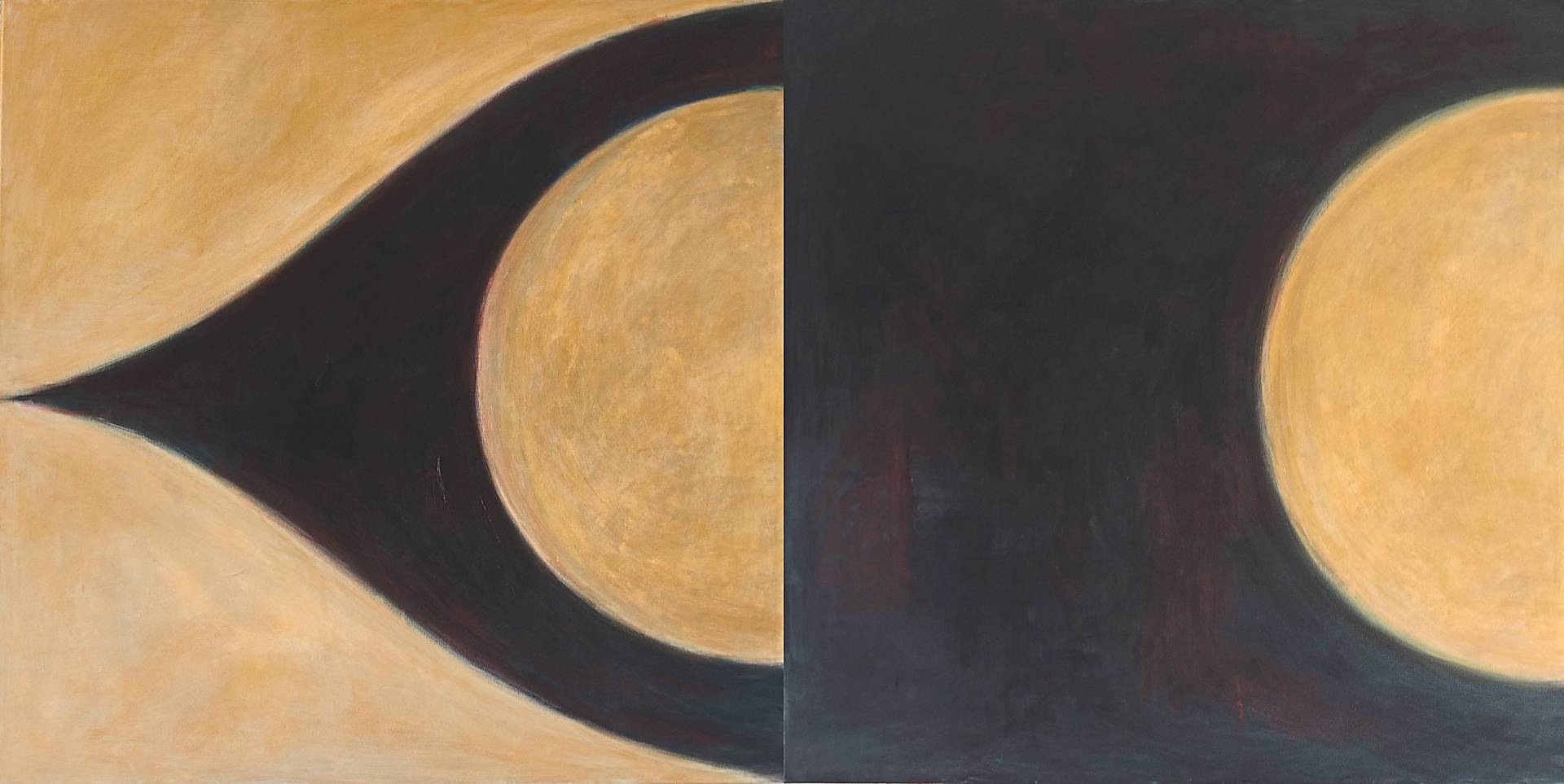