Let's all croak! Musical about a frog is packed with folk singalongs, environmental blues

Director Azmi Hud entered the theatre scene in 2013 but he always doubted his capabilities.

It wasn’t until two years ago that Azmi realised he had a lot to offer, with a little bit of guidance of course, when he joined Shah Alam-based arts company Anomalist Production (Anomalist).

“I realised that I needed to learn more about scriptwriting, directing, acting and even producing," says Azmi, 33, who is trained as an electrical engineer.

“And Khairi Anwar (from Anomalist) was the one person who believed in me, pushed me and helped me to develop my skills as an arts practitioner,” he recalls.

This week, Azmi is directing a show called Tari Si Katak Dan Cik Merak (Tari). The 90-minute musical is written by young playwright Azwan Azhari, 27, and it runs at the arts space Revolution Stage till Oct 27.

The all-ages musical, choreographed by Tharwa Karina, will be presented in Bahasa Malaysia with no intermission.

“I feel the story has a very strong message which is you really need the support from your family and friends if you want to achieve your dreams.

“When the whole world doesn’t agree with you, you need that one friend who will push you out of your comfort zone, just like Cik Merak does to Si Katak in this story,” says Azmi. 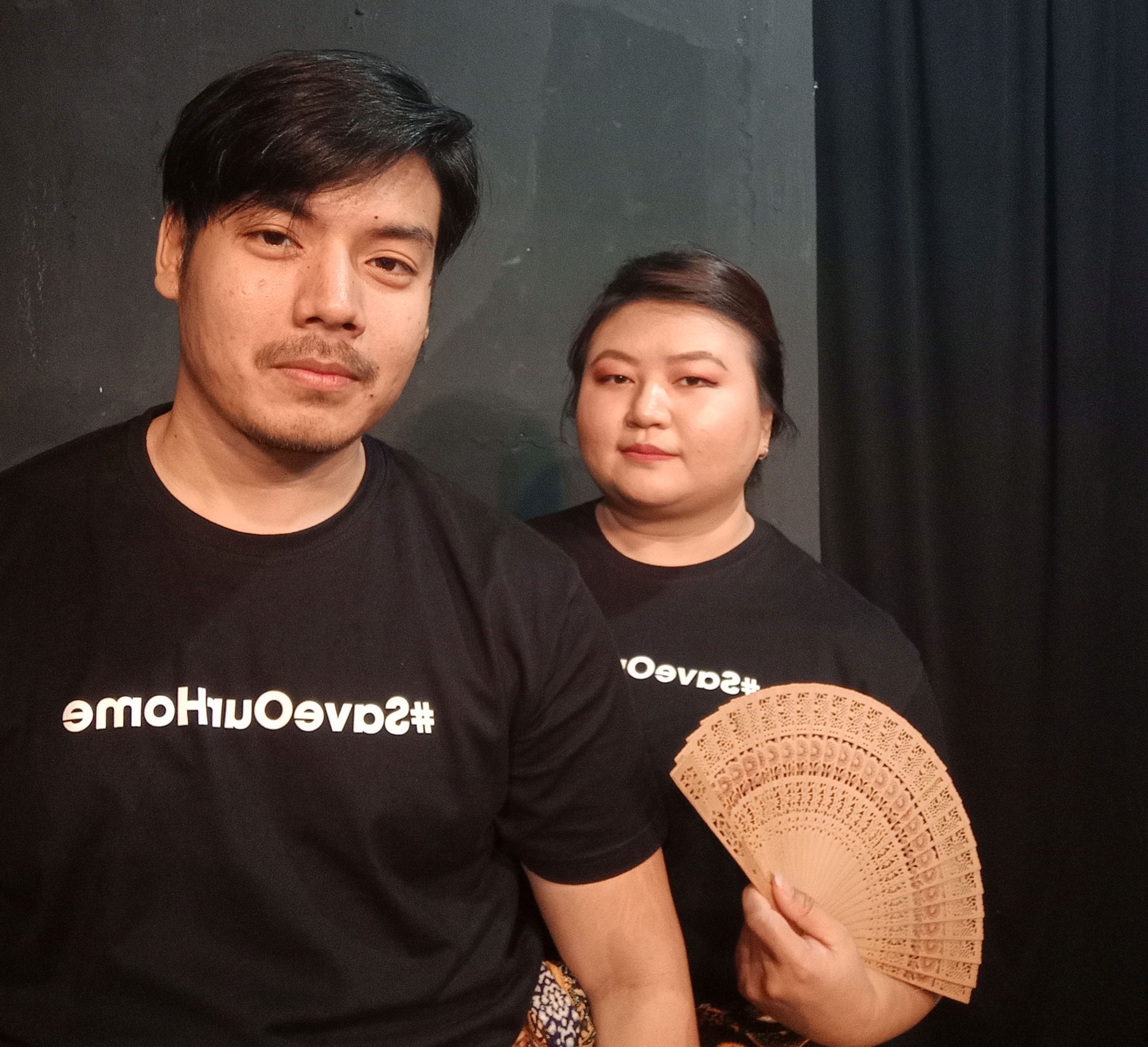 This marks Azmi’s first attempt at a musical. His other directing credits include Forget Me Not (2019) and the critically acclaimed IQ.Rock (2018).

The musical is about Si Katak (Aiman) who decides to join a talent contest as a singer for the Jungle Festival. But the other animals in the forest forbid the frog from entering the competition. They don't want his singing to summon the rain.

Dejected, Si Katak wanders away and stumbles upon a dancing peahen named Cik Merak (Hazel). He asks her to teach him to dance so that he can still join the talent contest. An unlikely friendship forms between them as the frog ventures forth to fulfill his dreams.

“I want the audience, especially the younger generation, to realise that we shouldn’t lose hope even if we hit many walls,” says Azwan, who works in the broadcasting field.

Azwan, whose other works include Fail Kes: Bunga Semerah Darah (2018), Anagapesis: The Broken (2017) and Cahaya Hujung Lorong (2016), wrote Tari as part of a scriptwriting course that he attended at Revolution Stage earlier this year.

He is also a part of the Anomalist family, and mentions he was inspired by traditional folk tales and songs when he was writing this musical. He also wanted to highlight environmental issues and the effects of deforestation.

Let's all croak! Musical about a frog is packed with folk singalongs , environmental blues