With the completion of Disney’s acquisition of Fox on March 20, comic books fans’ greatest wish has finally been granted – the X-Men (and Fantastic Four) are now part of the same cinematic universe with Earth’s Mightiest Heroes.

While we still do not know when this will come to be, we’re more concerned with how Marvel Studios will be integrating the X-Men into the Marvel Cinematic Universe (MCU), especially with the new phase of the MCU coming after Avengers: Endgame opens tomorrow.

Fortunately, there is no shortage of worthy storylines that bring together both factions, whether on the same team or on opposite sides.

Since the two teams first crossed paths in 1964’s Uncanny X-Men #9, they have shared 55 years worth of history, ranging from casual get-togethers to cataclysmic collisions.

Here are eight Avengers/X-Men stories we think are perfect for the MCU.

Maybe you should be asking yourself why every group you meet doesn't want to work with you, Iron Man. From Uncanny X-Men #9 (1964).

The two teams engaged in the “compulsory” test of might before realising that they have a common nemesis in the form of Lucifer and his thermal bomb.

It’s a simple story that could serve as a simple icebreaker in a potential crossover movie, with the Avengers apprehending a mutant villain and the X-Men arriving to intervene – with both teams fighting it out before common sense prevails and a bigger enemy arrives to unite them.

Poor Lil' Cap could probably use a nightcap right about now. From Avengers Annual #10 (1982).

The X-Men only manage a cameo role here, but most importantly, this issue features Rogue’s first appearance as an antagonist who permanently absorbs the powers of a certain Carol Danvers, yes, Captain Marvel herself (who was known as Ms Marvel at the time). Rogue goes on to thrash both Captain America and Thor, a fight that should offer a grand entrance for mutants into the MCU!

Having Brie Larson’s Captain Marvel lose her powers to Rogue would add some conflict into the mix, and then there’s the involvement of the Brotherhood of Evil Mutants (Destiny, Avalanche, Pyro and Mystique), which should make things even more interesting.

Never mind Avengers vs X-Men - we just want to see every single Marvel superhero in the same movie for once. From Secret Wars (1984).

Marvel’s first ever crossover event also offers the perfect chance to introduce the X-Men into the MCU. The premise is simple – an omnipotent being named the Beyonder transports a combination of superheroes (including from Avengers, X-Men and the Fantastic Four) and pits them against their respective rogues, with the winners promised everything they ever desired!

Since Marvel now owns the rights to the Fantastic Four as well as the X-Men, this would be a simple matter of transporting these “new” characters from their respective dimensions (yes, we’re talking multiverse here) and conveniently getting them “stuck” in the MCU for subsequent movies.

Didn't your mummy tell you never to throw hammers at tall green super-strong women? From X-Men Vs Avengers (1987).

It took Marvel 23 years to finally allow both teams to headline a story, but this four-parter was worth the wait.

It revolves around a reformed Magneto trying to utilise technology to telepathically remove humanity’s prejudice against mutants. With the X-Men and Avengers at odds over this course of action, things get even more complicated with the arrival of the Soviet Super Soldiers.

Magneto is a formidable opponent for both Avengers and X-Men alike, and would make for a great reason for the two teams to first fight each other over him and then later, work together to stop him.

Nice to see you guys working together for a change. From X-Men/Avengers: Bloodties (1992).

This five-part mini-series was released in conjunction with both teams’ 30th anniversaries, using both Quicksilver and the Scarlet Witch as the nexus. With the siblings having roots in both Avengers and the X-Men, the kidnapping of Luna (Quicksilver’s daughter with Inhuman princess Crystal) by Fabian Cortez (Magneto’s former right hand man) inadvertently unites both the X-Men and Avengers against a common enemy.

This would work for the simple reason that both Quicksilver and Scarlet Witch are already in the MCU. Since the MCU version of Quicksilver was killed in Avengers: Age Of Ultron, this conveniently paves the way for the Fox version of Quicksilver to take his place (though it remains to be seen how they solve the brother/sister relationship with Wanda and also the “having a baby with an Inhuman princess” part).

Dang, I never should have skipped all those Avengers/X-Men History 101 lessons.

This has cinematic value written all over it! From Professor Xavier’s and Magneto’s “dark sides” manifesting into a powerful sentient psionic entity named Onslaught, to revelations of Xavier’s “lust” for Jean Grey, this 90s mega event has more drama than the entire MCU combined.

With Professor X, the world’s most powerful telepath, going bad, Onslaught represents a credible threat that would need the combined forces of the Avengers and X-Men to defeat. As an added bonus, the Fantastic Four are also part of the story in the comic books!

The mother of all Avengers versus X-Men stories. The impending arrival of the Phoenix Force pits both teams against each other – the Avengers want to destroy it once and for all, while the X-Men see the Phoenix Force as a chance to rebuild a mutant population that was still recovering from House of M, which had left them decimated.

What happens next, however, went beyond both sides’ expectations – five of the X-Men (Cyclops, Emma Frost, Colossus, Namor, and Magik) found themselves imbued with the Phoenix Force and decide to use its power to shape the world to their will.

The story is not only one of the most significant Avengers versus X-Men events, it also includes some universe-shaking moments, like the death of Professor X at the hands of Cyclops, and Namor sending a tidal wave to destroy Wakanda!

Uh oh, looks like Spidey is going to get a severe case of Dead by Deadpool.

How could we forget about Deadpool? Disney’s purchase of Fox also means that the Merc With A Mouth is now in the Mouse House, and what better way to introduce him than by getting him to kill everyone in the MCU?

In this totally bizarre mini-series, Deadpool’s brain is “prodded” one too many times, compelling him to kill every single superhero, anti-hero, and villain in the Marvel universe. Why? Who cares?

Granted, it wouldn’t make much business sense for Marvel Studios to kill off all their heroes and leave Deadpool the sole survivor, but this particular story would make a great “What If” story that could be turned into an R-rated movie featuring scene after scene of Deadpool killing every single superhero in the MCU. Yeah, we’d definitely watch that. 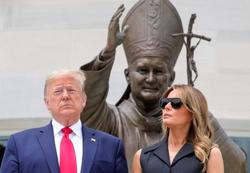