'Norm And Ahmed': Dangers of racism in era of segregation

Kingsley Judd, who plays the racist Norm in the play, reveals that some of the things that his character says makes him feel uncomfortable. AZMAN GHANI / The Star

The play depicts a midnight encounter between Norm, a blue collar worker and former Vietnam war veteran, and a Pakistani student named Ahmed at a bus stop somewhere in Australia. The former approaches the latter for a lighter and what ensues is a conversation laced with racial prejudices.

In 1989, Norm And Ahmed, directed by TAS co-founder and artistic director Joe Hasham, starred the late Malay theatre actor/activist Mustafa Noor as Ahmed. Hasham took on the role of Norm back then.

Written in 1968 during the tail end of the White Australia Policy that aimed to exclude people of non-European origin from immigrating to Australia, the play took on powerful themes such as racism, bigotry, discrimination and prejudice.

It is timely, then, that Norm And Ahmed is getting a restaging as part of TAS’s 30th anniversary celebration, with Hasham returning as the director. The 50-minute play opens at Pentas 2, KLPac on Feb 12 and stars Australian actor Kingsley Judd and Malaysian actor Phraveen Arikiah.

The 70-year-old Hasham reveals that when Buzo, a personal friend and a cricket partner when Hasham was still living in ­Austra­lia, was utterly astonished when he watched the first Malaysian staging.

“He thought he had written a different play. In Australia, the audiences identified with the Norm character. But here, it was a total turnaround. Ahmed got the most sympathy and empathy from the audience. Also, it didn’t hurt to see an Asian character outsmarting and outdoing a racist white man,” says Hasham in a recent interview in KL.

Despite the years, Norm And Ahmed’s messages are well-remembered by some of the audience who witnessed the show in KL. “That performance 30 years ago is one of those moments in theatre that I remember being well-stunned, horrified, shaken, moved,” recounts Marion D’Cruz, Five Arts Centre co-founder.

Thespian Jo Kukathas echoes D’Cruz’s sentiments. “I went with my dad. I remember enjoying it. The acting was terrific – tense and unpredictable,” recalls Kukathas, the Instant Cafe Theatre’s co-founder.

Unfortunately, adds Kukathas, the issues the play focused on all those years ago have not lost their relevance here or anywhere else. “In 2019, attitudes towards migrants have grown, if anything, even more harsh,” she points out.

Young actor Phraveen, 28, who plays Ahmed, feels that a show like Norm And Ahmed needs to be reintroduced to the masses. He says the issue at the forefront is racism and unfortunately it is something Malaysians are all too familiar with.

“Racism 30 years ago may have been packaged differently but it is still racism. Racism has not gone away. The same thing is happening today,” says Phraveen, who acted in shows like Uda & Dara (2015) and 4.48 Psychosis (2017).

The 50-year-old Judd agrees with his co-star and says that although the play was written 50 years ago, it is still very fresh and relevant. Norm And Ahmed is still capable of sparking intense conversations about the state of modern society.

“The play was recently restaged in Australia and some audience members who weren’t aware when it was written actually thought it was a commentary on today’s society,” says Judd, who has acted in KLPac’s staging of Someone Who’ll Watch Over Me (2011) and Shakespeare’s Men (2016).

And for Judd, playing the racist Norm is no easy task. “Some of the things that Norm says and does to Ahmed churns my gut. Sometimes, I really don’t feel like saying some of the lines but they are in the script. It’s about telling a certain story,” explains Judd.

“In order for the story to have that power, you have to say those lines and say them with venom. Sometimes I go home after rehearsals and have a shower to wash all that negativity and racist yuck away,” reveals Judd, clearly disgusted.

Joe with a Norm And Ahmed programme from 1989, the first play staged by The Actors Studio in KL. Photo: KLPac

Hasham also remembers the Norm role well. “That’s exactly how I felt when I played Norm. I was disgusted with myself as a human being. And it was a horrible feeling to know that there are people like this in the world,” says Hasham.

What’s interesting about the play, says Hasham, is that although Norm is the apparent aggressor and bully in the story, Ahmed is not all that innocent either. “There’s racism on both sides. This gives the play its bite,” points out Hasham.

The role of Ahmed – victim or not — is not as straightforward as it seems. “He does have his own set of prejudices and his own ideas but he’s very articulate about them,” says Phraveen, talking about his character.

“The way he presents himself is not as brash and offensive as Norm. But when you really think about the things that he says, you’ll realise that he has his own set of biases as well.”

Like the 1989 staging, the play will be preceded by a 30-minute poetry reading and song segment touching on the themes the play explores.

Theatre personalities such as Dr Wan Zawawi, Sandra Sodhy, Sukania Venugopal and Leow Puay Tin, who were part of the curtain raiser the first time around, will return with a host of new performers such as actor/lighting designer Amelia Tan, playwright and director Mark Beau de Silva and KLPac’s resident director Omar Ali.

For the Penang run at the Performing Arts Centre of Penang (PenangPac) from Feb 22-24, the poetry and song segment will include Penang-based poet and lawyer Cecil Rajendra, Datuk Faridah Merican and English and drama teacher Seoh Chen Tan, among others.

In the end, Hasham agrees that the audience will be confronted with hard-hitting truths, forcing them to deal with their own bigotry and prejudices.

“There is all this talk about taking measures and making policies to stop racism or any form of discrimination. But what are we doing about it on an individual basis?” asks Phraveen pointedly.

“Hopefully, this will get the discussion happening and get people to focus on these issues again and maybe, one day, head towards a resolution,” concludes Judd.

'Norm And Ahmed': Dangers of racism in era of segregation 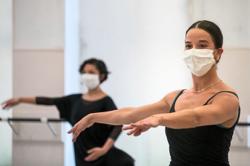 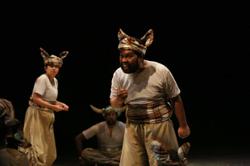