Batman Beyond and Spider-Man 2099

As the saying goes, “Always be yourself! Unless you can be Batman, then always be Batman.”

Well, DC Comics would definitely agree that while it’s easy to find someone to be Batman, the problem has always been finding a way to replace Bruce Wayne!

Amongst the failed attempts to do so include replacing him with Jean-Paul Valley (Azrael), Commissioner Gordon (remember that “Robocop” Batsuit?), Damian Wayne, Tim Drake, Jason Todd and even Dick Grayson. While they each inherited the cowl and tried to do it justice, they just could not get out of Bruce’s shadow.

One exception, however, came from the future in the form of Terry McGinnis aka Batman Beyond.

The main difference between him and the other pretenders to the cowl is that while they tried to be Batman while Bruce was still able to fulfil the role, Terry did so after Bruce was way past his prime.

This month marks the 20th anniversary of Terry’s debut in the Batman Beyond animated series in 1999. The series was developed by Bruce Timm (who also created the acclaimed Batman: The Animated Series), Paul Dini, and Alan Burnett, and lasted three seasons, with 52 episodes and one direct-to-video film.

Batman Beyond made his debut on TV before moving on to the comic book page. — Martin Ansin/DC Comics

Set in the future (2039, to be exact), Bruce reluctantly took Terry under his wing after the boy’s dad was killed by the “Jokerz” (a gang modelled after the long-dead Clown Prince of Crime).

At this time, Bruce is in his 70s and retired from crime fighting two decades ago after an on-the-job mild heart attack almost caused him his life and forced him to betray his strict code of not using guns.

With his friends, allies and even rogues either retired, incarcerated, missing or deceased, Bruce led a reclusive life until Terry and a Group of Jokerz crashed into Wayne Manor.

The ensuing battle had Terry and Bruce tag teaming up against the Jokerz, notching their first joint victory but at the expense of aggravating Bruce’s heart condition.

While aiding Bruce, Terry accidentally discovers the Batcave and learns about Bruce’s secret identity. Angered by the discovery, Bruce chases Terry away – but when the teenager arrives home, he finds his dad murdered by the vengeful Jokerz.

The plot thickens when Terry learns that his dad had earlier stumbled into an illegal biological weapon-producing operation led by Derek Powers, who leads the merged Powers/Wayne corporation.

Terry then seeks Bruce’s help but is turned away, forcing Terry to steal a prototype Batsuit to avenge his dad.

Eventually, Bruce accepts the fact that there is a need for a new Batman and acknowledges Terry as the rightful heir to the cowl.

The Batcave seems a lot less secure than it used to be. From Batman Beyond. — DC Comics

However becoming Batman is never that simple, especially with Bruce in his ultra-taskmaster mode!

While the chemistry between Terry and Bruce hogs the limelight in most of the animated series’ episodes, other attractions include the cyberpunk setting, Terry’s ability to fly, new villains (i.e. Blight, Inque, Spellbinder, Shriek, Curare, Mad Stan, Stalker) and the futuristic-upgrades to traditional Bat-rogues, ie. Bane, Ra’s al Ghul, the Joker and the Royal Flush Gang.

Like Harley Quinn before him, Batman Beyond eventually found his way from the TV screen to the comic book page, though he was initially confined to comic book adaptations, before finally snagging an ongoing series in DC’s 2011 New 52 relaunch.

Spider-Man 2099 was originally created for the Marvel 2099 imprint. — Marvel Comics

While that series proved to be short-lived, Batman Beyond later made his official debut in the main DC continuity through the 2014 New 52 series, The New 52: Futures End. This later led two more ongoing series – one in 2015 which replaced Terry with a time-displaced Tim Drake as Batman, and the DC rebirth series that restored Terry to the role.

Over at Marvel, there has been no shortage of ‘future’ versions of its heroes as well. One in particular, has recently risen to greater prominence thanks to a hilarious post-credits cameo in the Oscar-nominated Spider-Man: Into The Spider-Verse animated feature – Spider-Man 2099.

Created by Peter David and Rick Leonardi in 1992 for the future-set Marvel 2099 imprint, Spider-Man 2099 is Miguel O’Hara, a geneticist living in Nueva York in the year 2099 who works for the evil corporation Alchemax.

One of his experiments is to recreate the powers of the original Spider-Man in other humans, but after his gene-altering machine causes the death of a human test subject, Miguel shuts down the experiment and attempts to leave Alchemax.

Unfortunately, Alchemax boss Tyler Stone is not about to let his prized geneticist leave the company, so he tricks Miguel into becoming addicted to Rapture, a drug only Alchemax can produce, and blackmails him into staying on.

Out of options, Miguel decides to use the gene-altering machine to rewrite his genetic code and rid himself of the addiction.

Miguel later fashions his Spidey costume out of an old Mexican Day Of the Dead costume.

However, while he is going through the process, the machine is sabotaged by a rival named Aaron Delgado, and it alters Miguel’s genetic code to be 50% spider DNA, thus giving him spider powers!

He later fashions a bodysuit and mask out of an old Mexican Day of the Dead festival costume (which happened to be made from unstable molecules), and becomes the Spider-Man of the future.

While Miguel has gone on to carve his own niche in the mainstream Marvel universe, the same can’t be said about his fellow characters from the Marvel 2099 universe such as Punisher 2099, X-Men 2099 or Ghost Rider 2099 (a hacker who was killed and resurrected as a “robotic” Ghost Rider).

The exception, however, is Ravage, an original character that is not just a future version of an existing superhero, and was created by Stan Lee himself.

Paul-Phillip Ravage is the former CEO of ECO, a subsidiary of Alchemax, but is framed for murder and goes on the run to Hellrock, a radioactive wasteland occupied by irradiated and mutated outcasts.

He later develops mutant powers of his own, which even allow him to change into a fearsome beast.

Also read: Who are all the spider-folk in ‘Spider-Man: Into The Spider-Verse’? 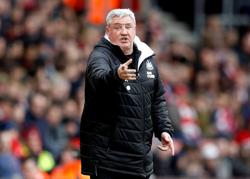 Bruce 'in the dark' over proposed Newcastle takeover 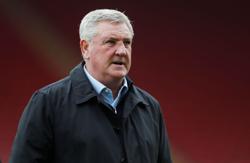