It can be very hard to take a superhero seriously when one of his key powers is the ability to communicate with fishes.

This is also why I have never considered Aquaman a Grade-A superhero, that is, until the recent Jason Momoa-inspired revival of the character.

Despite being around for almost eight decades, my only serious memory of Aquaman is when he lost his left hand to piranhas!

Ironically, it took that tragedy, and several others, to pull him out of his comedy-roots, with the loss of a hand marking a major turning point for the character.

Anyway, with the recently released Aquaman movie (Read our review here) breathing new life into Arthur Curry, let’s take a deep dive into his comic book roots to understand just how Aquaman has managed to keep himself afloat for so long. 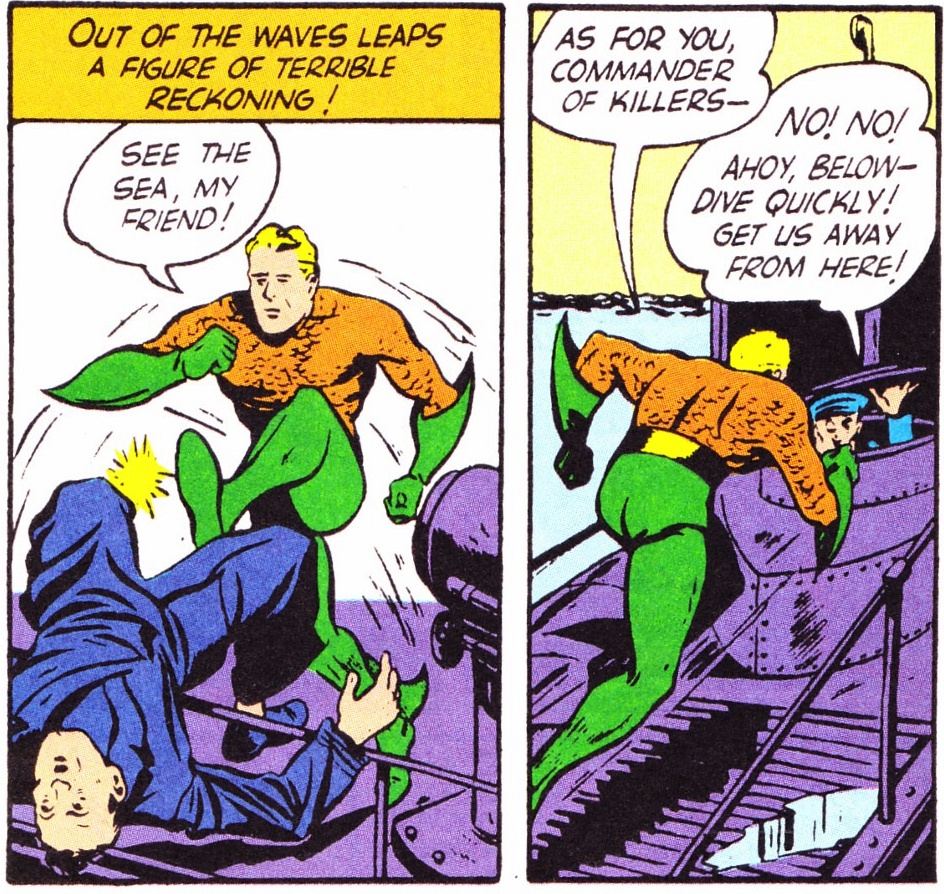 Hmm, he doesn't look THAT terrible, to be honest. 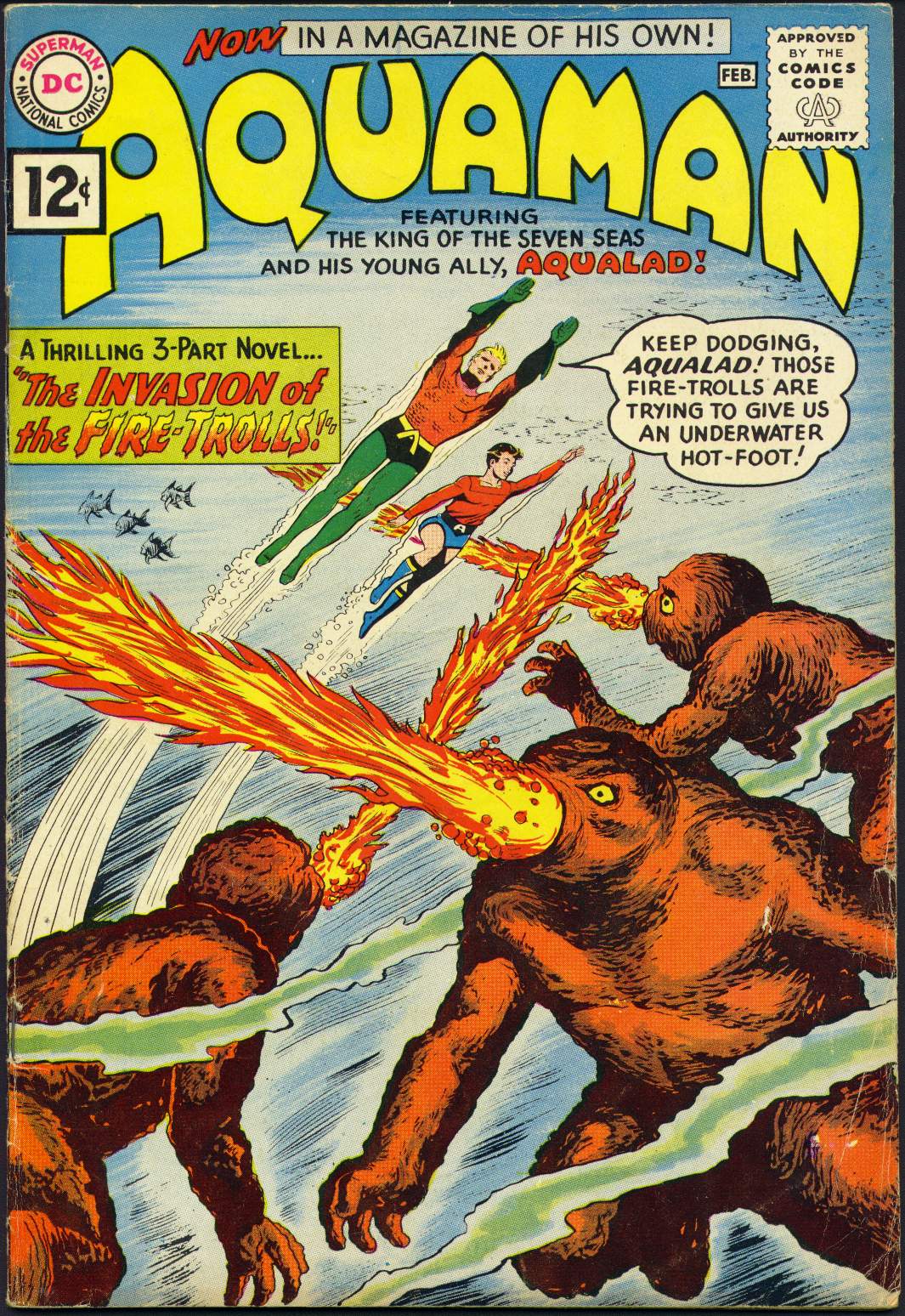 Aquaman finally got his own solo title in 1962.

Co-created by Paul Norris and Mort Weisinger in 1941, Aquaman made his comic book debut in the pages of More Fun Comics #73. For almost two decades, he served as a backup feature in several of DC’s anthology titles (Adventure Comics, Showcase, etc) before claiming his own regular series in 1962.

The opportunity to go solo came partly from his role in co-founding the Justice League, but it didn’t guarantee him success, as evident by the termination of his regular series in 1978, and a long eight-year gap before DC found a post-Crisis On Infinite Earths reason to revive him.

Despite being a founding member of the Justice League, Arthur’s link to the underwater world somewhat restrained his progress.

While his Marvel-counterpart, Namor, managed to overcome the water-bound stereotype by affiliating himself with the Invaders, Fantastic Four and even Dr Doom (!), the Golden and Silver Age version of Aquaman was very much a one-trick seahorse whose adventures were confined to the ocean and the underwater world. 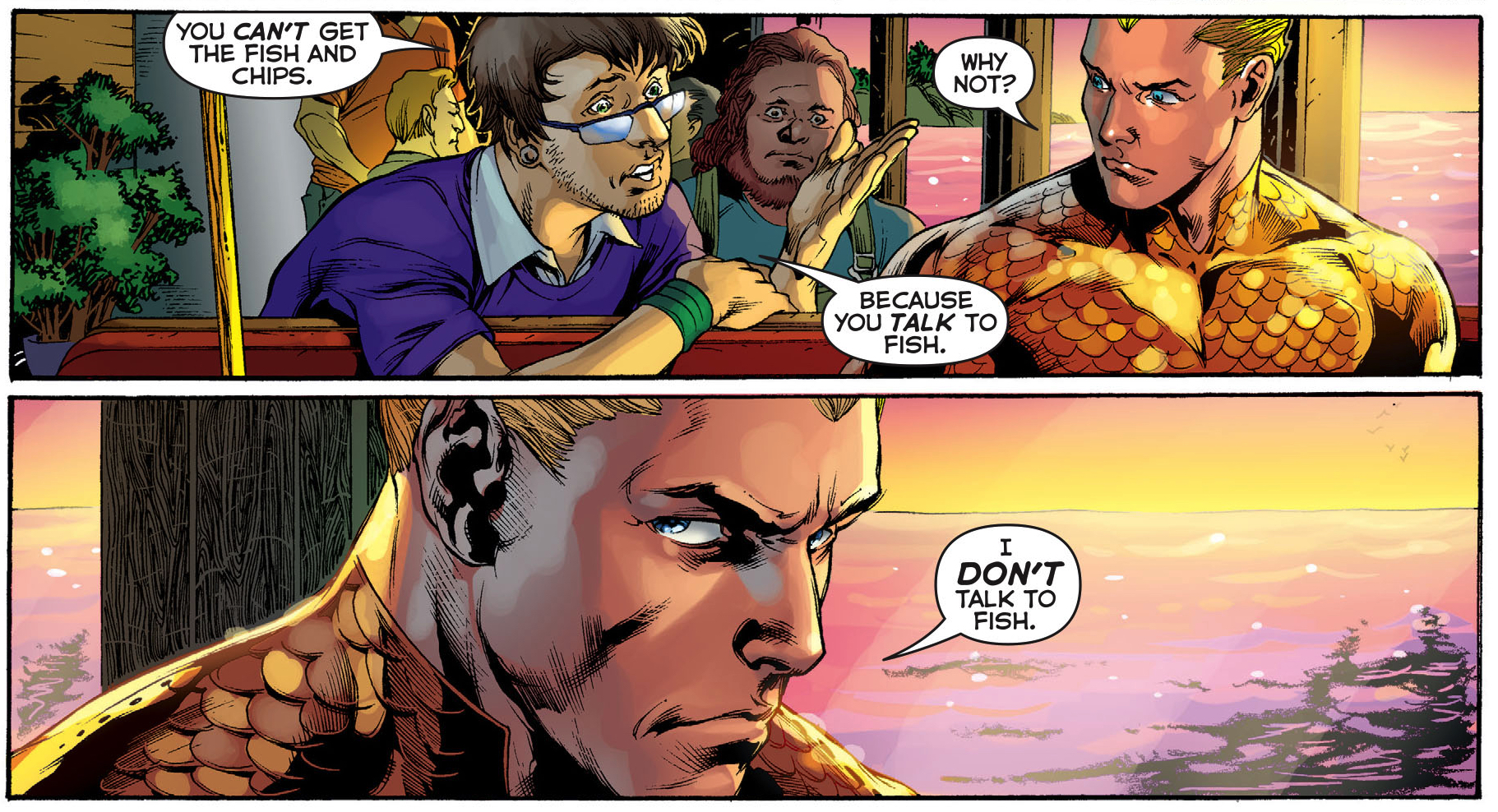 Johns took some pains to dispel the idea that Aquaman could talk to fish in his 2011 New 52 reboot.

To make matters worse, his powers often ended up as comedy fodder, especially his ability to communicate with marine-life.

It also didn’t help that even his publisher openly joked about it – as evident by Aquaman’s weak and meek portrayal in the Super Friends cartoon.

Post-Crisis, there were a host of initiatives taken to make Aquaman tougher – with writers from David to Geoff Johns contributing to establishing Aquaman as a king (albeit sometimes deposed), a hero (albeit flawed and fallen) and a leader (albeit marred by controversial decisions). 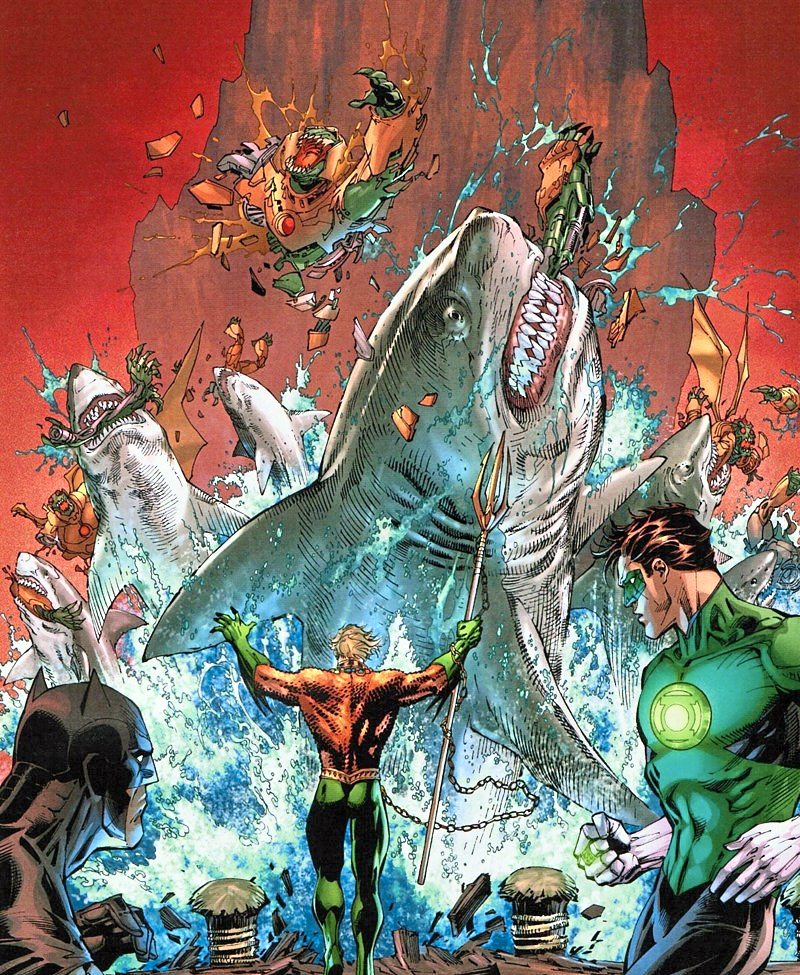 Son of the beach

There are actually a few versions of Aquaman’s origins and the one most in sync with the cinematic version is Geoff Johns’ New 52 interpretation.

Johns is also the co-writer of the Aquaman movie and his presence helps ensure that the cinematic take remains true to its comics mythos.

Born Arthur Curry to a lighthouse keeper (Tom Curry) and an Atlantean princess (Atlanna), Aquaman’s hybrid roots grants him the best (and worst) of both worlds, and a claim to the Atlantean throne! 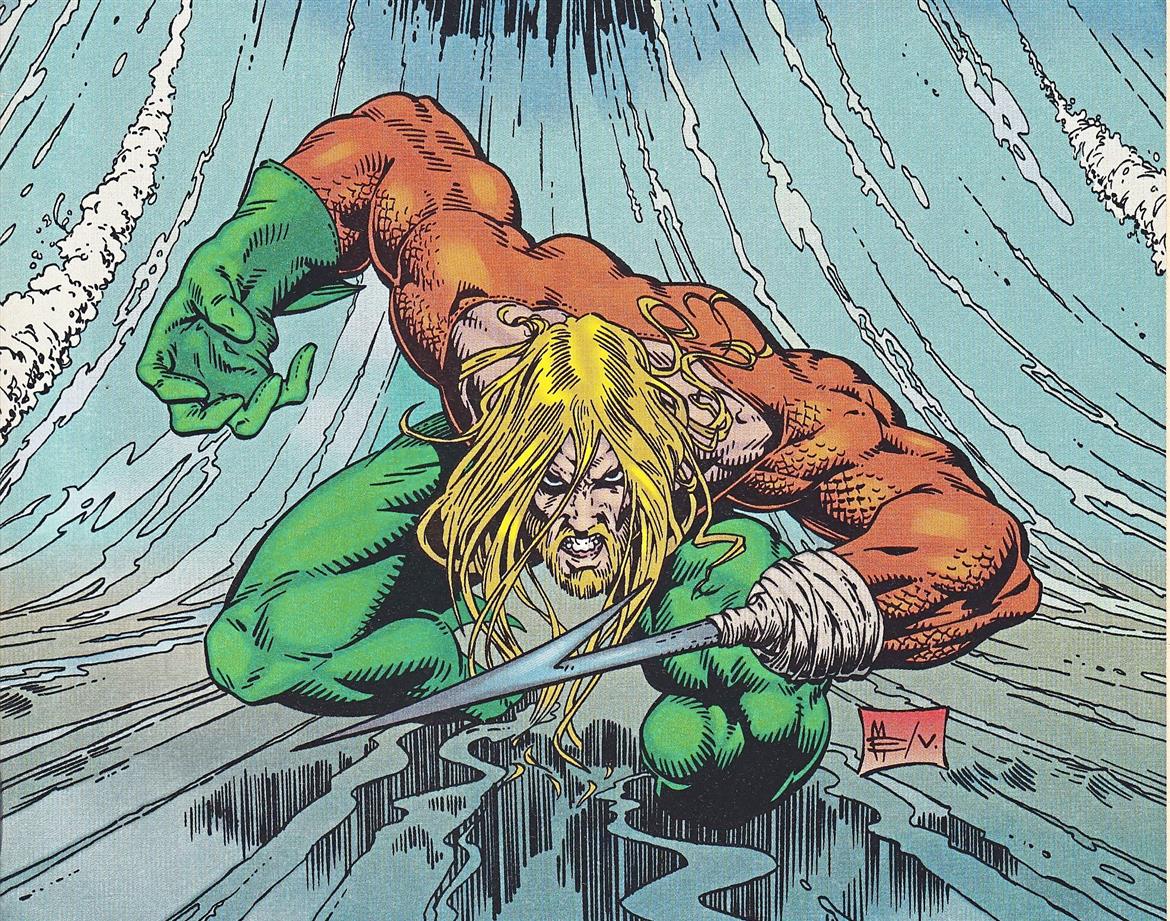 Don‘t let him hear you calling him Captain Hook.

Aquaman’s powers and abilities include being able to breathe underwater, superhuman strength, swimming at super speed and communicating with marine life. At some point in the past, he could speak and understand any language on Earth, but that has somehow been discarded after all the resurrections he has been through.

Over the years, he has had a number of weapons as well, ranging from the Trident of Poseidon to a hook/harpoon replacing his piranha-chewed left hand. This was subsequently enhanced by cybernetic prosthetics and later liquid metal (aka The Terminator). 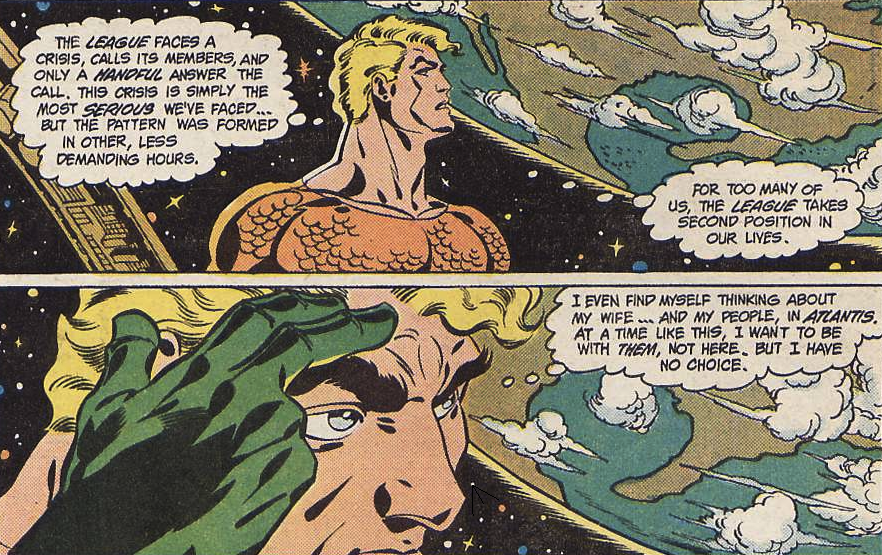 Aquaman’s biggest contribution to the Justice League came in the 80s, when he led the team on Earth after the Martian invasion.

A league of his own

Despite being a founding member of the JLA and the Justice League International, Aquaman’s biggest contribution to the League came in the 80s, when he led the team on Earth after the Martian invasion (see Justice League Of America (vol. 1) #228-#230).

Frustrated by the lack of commitment by the team’s core members, Aquaman disbanded the League but immediately reinstated a new team with the help of veteran members Martian Manhunter, Zatanna, and Elongated Man, and inducted relative unknowns like Gypsy, Vibe, Vixen, and Steel. However, barely a dozen issues later, Aquaman resigned to work on his marriage with Mera. 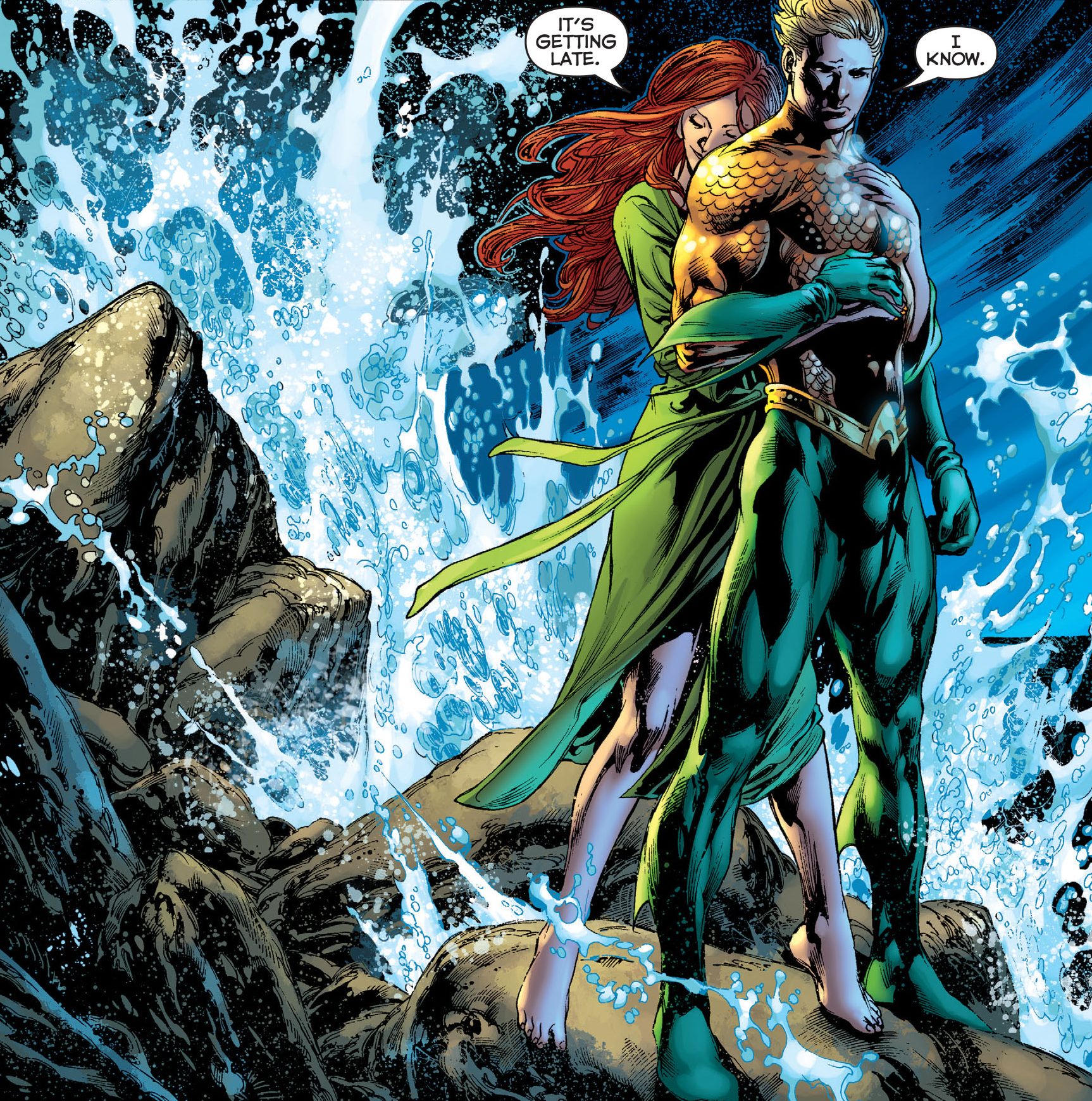 Mera has always been the closest woman to Arthur.

Batman has the Bat Family and Hal Jordan has the Green Lantern Corps. Aquaman also has his own platter of sea friends, including Mera (wife/ex-wife), Aqualad (also known as Tempest), Tula (Aquagirl), Topo (a sentient octopus) and his late son – Arthur Curry Jr aka Aquababy. His extended family includes Dolphin and Nuidis Volko. 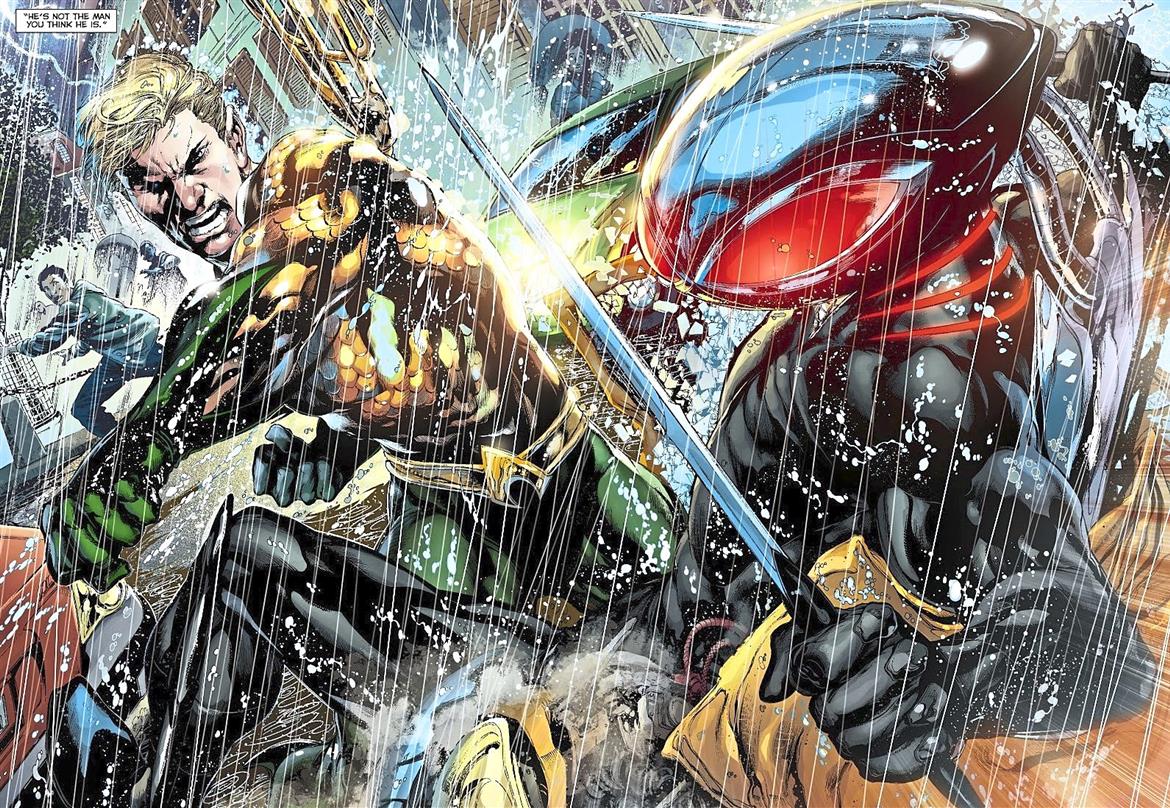 If Aquaman’s number of allies seems small, his rogues’ gallery doesn’t fare much better. He only has a handful of arch enemies to fight against – Ocean Master, the Fisherman, the Scavenger, Atlan The Dead King, O.G.R.E, Quisp, Triton and Black Manta, who is top on Aquaman’s hate list for killing Aquababy, which led to Aquaman and Mera’ divorce as well as her loss of sanity. 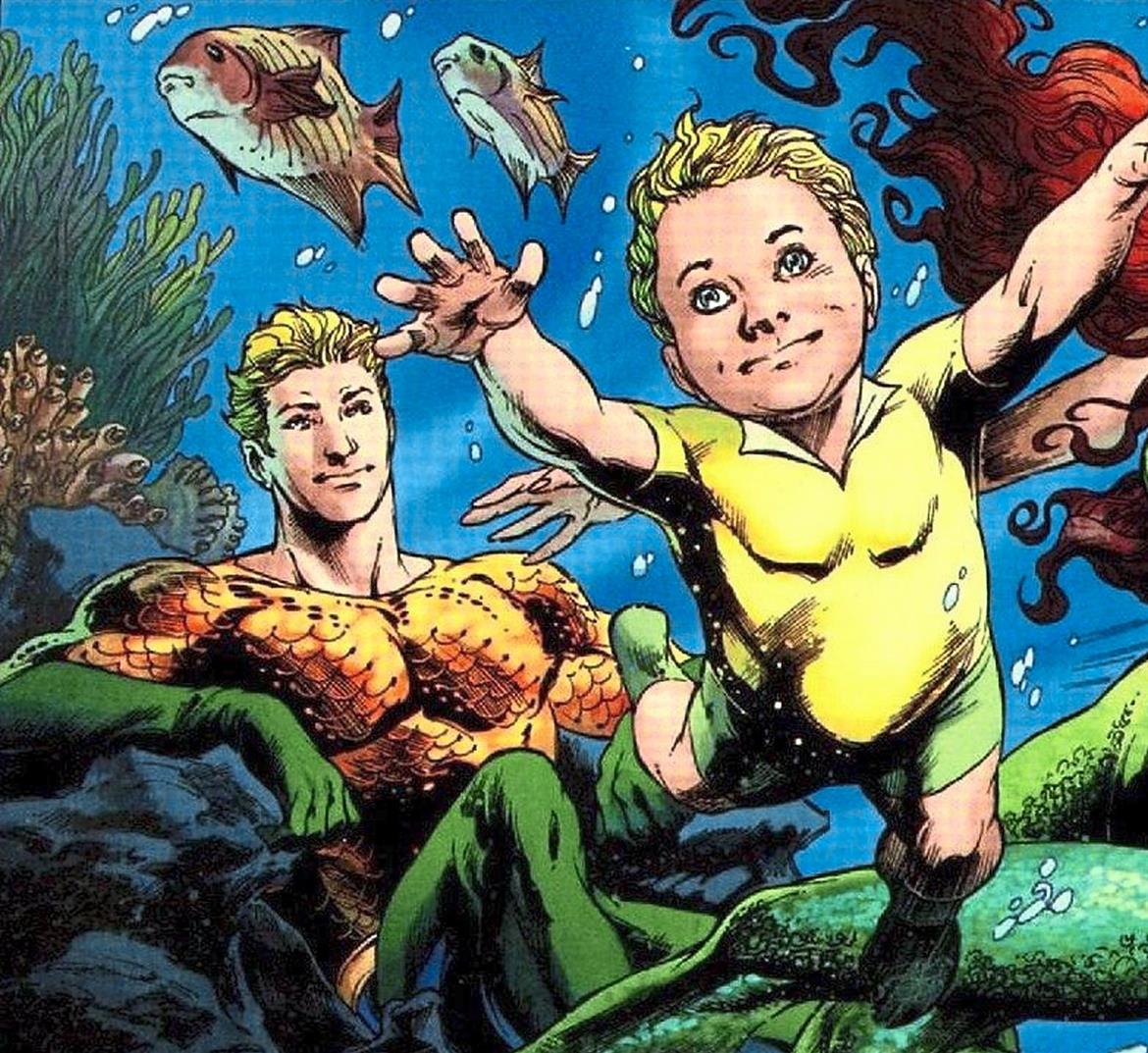 The death of Aquababy in 1977 was one of the defining tragedies of Aquaman's story.

Despite the comedy typecast Aquaman has to endure, its the tragedies that truly define him. From losing Aquababy (see Adventure Comics #452, 1977), losing his hand (Aquaman #2, 1994) and the submerging of San Diego (Aquaman #15-#22, 2003), as well as the number of times he has lost his throne, these are just some of the “highlights” of Aquaman’s 77 years history. 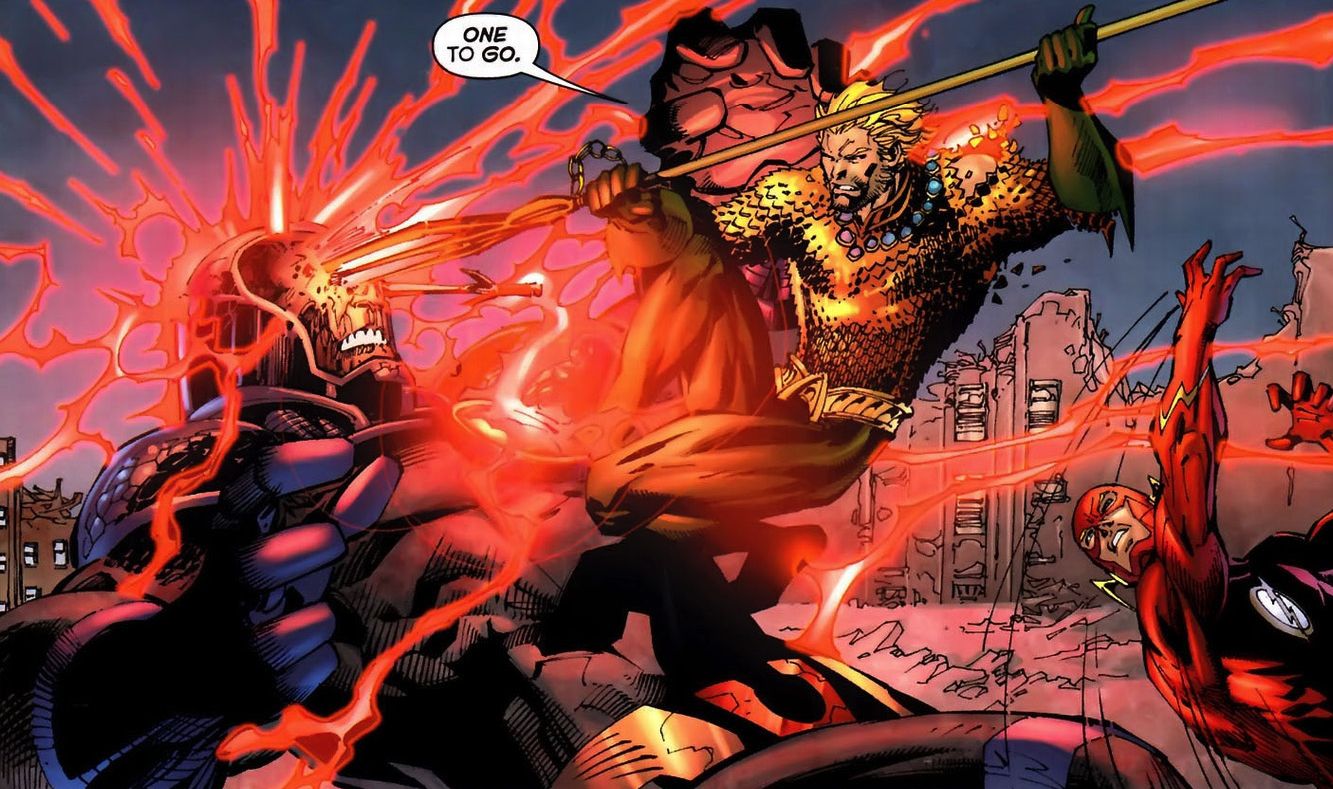 Now thats what we call a fork in the eye.

If you think Aquaman is a fun-loving character, try visualising him stabbing Darkseid in the eyes with his trident, feeding Charybdis (the villain who made him lose his hand) to piranhas, or attacking Mera (in self-defense) after their son’s death! Surely a holier than thou hero wouldn’t do this, which is also what makes Aquaman the most misunderstood character in the DC universe.