Meet Ang Tau Mui, a modern woman who wants to be a big Chinese movie star 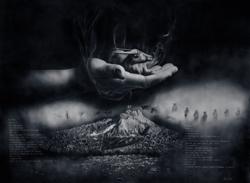 Ang Tau Mui is a woman with big dreams. She’s a toilet cleaner who idolises the classic Hong Kong star Lin Dai and wants to become a famous actress.

Ang Tau Mui may be fictional, but her feelings, eccentricity and foibles are all to real to director Loh Kok Man.

The play, he says, continues to resonate with him today despite it being written over two decades ago.

“I’ve always been interested in putting up Malaysian stories. And Ang Tau Mui touches on so many things, like love, race, religion ... and the future. It has contemporary appeal. When you are a young person, you have dreams. But when you get older, you have different goals, like love, marriage, family. It’s all about what you want,” explains Loh in an interview in KL.

This play holds a special place in Loh’s heart. He has staged Ang Tau Mui’s story four times before. This year marks what he considers his fifth and sixth time with the play. Later this month, Loh is directing a Cantonese version of A Modern Woman Named Ang Tau Mui, with two different actresses – Tammi Tam and Thian Siew Kim – taking turns to play the title character on different days.

A Modern Woman Called Ang Tau Mui will be staged – in Cantonese with English surtitles – at The Play Haus, Pearl Shopping Gallery, Jalan Klang Lama in Kuala Lumpur on July 25-29.

Thian (left) and Tam get animated during a rehearsal for the show.

Loh, the artistic director of Pentas Project, is raring to get this new and unique production out to the masses.

Why did the director choose to have two actresses playing Ang Tau Mui?

“There are many of my friends who are talented actors, but in KL, there are not enough theatre productions to let them perform on stage. I feel actors need more opportunities to keep performing to get more experience and let them get better. So I decided to invite two actresses to come and perform together, to give them opportunities to act,” says Loh, 46.

“This decision is more work and more tiring. But I am happy and I enjoy doing it.”

In Malaysia, as Loh mentions, language is always a big issue if you want to appeal to a wide audience.

A Modern Woman Called Ang Tau Mui was originally written in English, and was first staged in 1994 by Five Arts Centre in KL.

“When there are plays in Chinese, for example, Malay and English-speaking audiences seldom come, because of the language. So I thought, I would do English and Malay plays, and translate them into Mandarin and Cantonese, so Chinese-speaking audiences can know more about what other Malaysian writers are telling stories about,” he says.

Loh has directed many interesting plays, including The Lost And The Ecliptic, Repot [Mind+Mine] and Animal Farm. He has also staged Chinese adaptations of local English plays such as 1984: Here And Now, The Swordfish, Then The Concubine, and of course, A Modern Woman Called Ang Tau Mui.

The play Ang Tau Mui is a one woman monologue, with the title character slipping between dreams and reality as she tells the story of her life, while includes hanging out in a kopitiam, visiting a cinema and more daydreaming.

The play is set in 1960s Malaysia, with a restless Ang Tau Mui questioning things like values and identity. She works hard to discover her self-worth, and tries to stay content despite not having achieved her dreams of becoming like Lin Dai.

This is poignant tale of a free-spirited woman who struggles against society’s prejudices as she strives to become a modern woman in Malaysia.

Alternating the Ang Tau Mui role are veteran theatre practitioner Tam (A Valley of Hope) and emerging actress Thian (The Six Graduates,The Swordfish, Then The Concubine). Both actresses come from different backgrounds and different ages – Tam is 47, Thian is 27.

In many ways, this ensures that both their performances will have a different feel and rhythm on stage.

Tam makes an interesting observation about her lead role ... it seems to be about dashed dreams and crushed hopes. Rather bleak, you could say.

“Ang Tau Mui lives in her own trap, unable to get out. It’s indeed, a sympathetic, saddening and unfavourable situation,” says Tam.

On the otherhand, Thian can strongly relate to Ang Tao Mui and the actress dreams.

“It makes me think further (about a stage and film career). I’m an actress like Ang Tau Mui and I also hope to be famous,” says Thian with a smile.

The young actress is well aware of the struggles in the entertainment world.

“At the end of her life, however, Ang Tau Mui becomes a toilet cleaner. And it makes me think about what happens if I don’t achieve my dreams? What will I do in future if I don’t get them?”

“The play also makes me think about the status and identity of a woman now. Actually, it’s more than that, it’s a very soul-searching experience, with the script making me think deep and hard about how we connect with society,” she adds.

Loh first adapted excerpts from A Modern Woman Called Ang Tau Mui in 2001 as part of a show which also included parts of aku, a monodrama written by him. Loh adds he was drawn to the script because his parents had been big fans of Lin Dai, and he had grown up listening to her music.

“At that time, I was big on searching on the meaning of life. I had a lot of questions, like ‘who are you?’, and ‘where are you going?’. And I found Ang Tau Mui, and thought, this was interesting (as a script),” he recalls.

This upcoming update will also feature lighting design by Loh, video art by Fairuz Sulaiman, costume design by Michell Yong and music composition by Terence Chong. And yes, there will be no shortage of classic Lin Dai songs on stage at The Play Haus, which will be transformed into an opera set.

Meet Ang Tau Mui , a modern woman who wants to be a big Chinese movie star 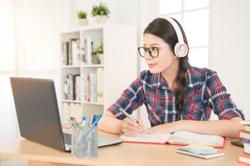