Welcome to Wakanda. Don't hit your head on the cloaking field on the way out. Photo: Marvel Studios

Ever wondered if Wakanda would be a good place for a holiday? Well, here are a few good travel facts for those willing to brave Black Panther country.

Located in Northeastern Africa (according to Marvel Atlas #2, Wakanda borders Lake Turkana, surrounded by South Sudan, Kenya, Uganda and Ethiopia, as well as fictional countries like Azania, Canaan, and Narobia), all destinations out off AirAsia’s reach.

Many moons ago, a massive meteorite comprising the precious metal vibranium crashed on Wakanda. The catastrophe turned out to be a positive event as it enriched the country with a very rare sound-absorbing element, probably the second most powerful metal next to adamantium.

Realising that others would invade Wakanda for the metal, T’Chaka (T’Challa’s dad) concealed his country from the outside world and manages the rare vibranium commodity sparingly by selling off minute amounts and using the proceeds to develop Wakanda’s people and technology.

Inevitably, the first intrusion happens with the visit of explorer Ulysses Klaue (a.k.a Klaw), who stole some vibranium for his sound blaster and kills T’Chaka. T’Challa eventually avenged his dad, destroying Klaw’s right hand in the process! 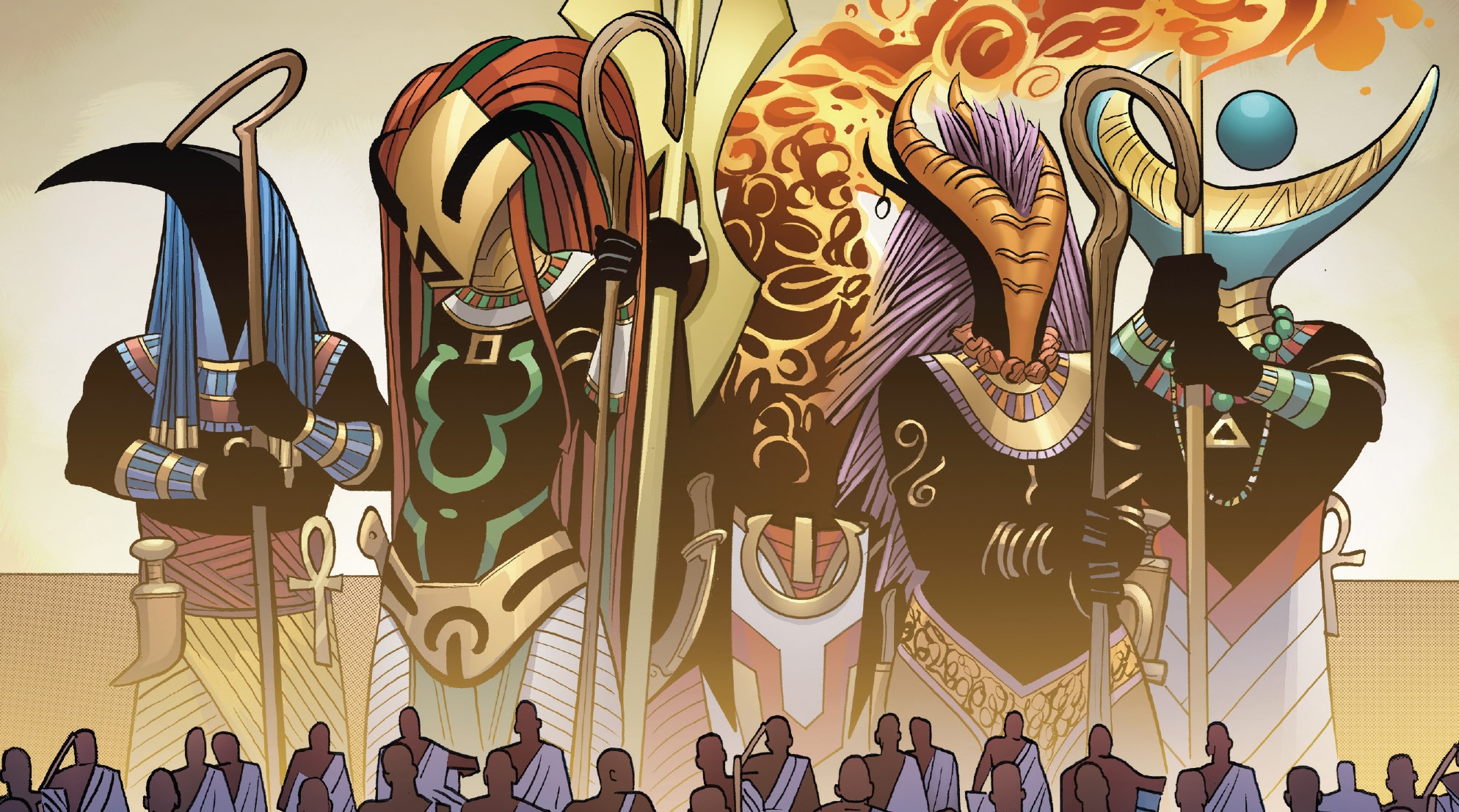 The Gods of Wakanda enjoy looming over their subjects. Photo: Marvel Comics

The Panther Cult is the official religion of Wakanda. Other religions with minor followers include the Lion Cult, Crocodile Cult, Hyena Clan and the outlawed White Gorilla Cult.

Wakanda is synonymous with the precious metal Vibranium, which has made the country economically stable. Apart from vibranium, Wakanda is also gifted with uranium, coal and diamonds.

During the Doomwar event, T’Challa had to render a large portion of Wakanda’s vibranium inert to prevent Doom from stealing it. The loss of this precious metal has prompted scientists to find alternative materials including Reverbium, which is a slightly inferior metal to vibranium.

The monetary unit used in Wakanda is the Wakandan Dollar. 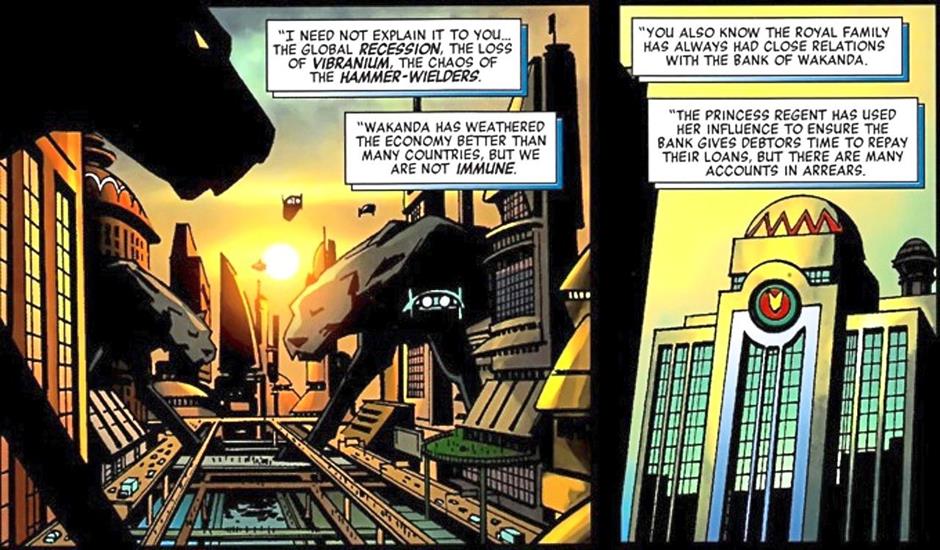 Wakanda’s official language is Xhosa, which is spoken by 7.6 million people in South Africa.

Additionally, other languages include Wakandan, Yoruba and a variety of African and European languages – courtesy of its advance education system.

Courtesy of its leaders’ forward thinking, Wakanda is an extremely technology advanced country – so advanced that its inventions are different and incompatible with conventional equipment. Its computer technology is immune to hacking (but enables them to hack any conventional systems).

If you are visiting Wakanda, you must try the Heart-Shaped Herb, which is the by-product of its flora and fauna being infused by vibranium-radiation! It offers healing capabilities, which a once-dying Spider-Man will attest to. If this Herb is not your cup of tea, there’s always White Gorilla meat!