'The Bee': Ever feel like pointing a gun at someone but not know if you'll shoot?

Jonathan Chew and Amanda Ang in a loaded scene in 'The Bee', presented by Theatresauce. Photos: Asher Au

For many of us, the limits and boundaries we set for ourselves guard and guide our very steps, making sure we don’t cross the line. At what point do we remove the obstacles?

These pertinent questions form the backbone of The Bee, a modern morality tale, adapted by Japanese theatre director Hideki Noda and British playwright Colin Teevan from a short story Mushiriai (Plucking At Each Other) by Japanese novelist Yasutaka Tsutsui.

“The Bee deals with the trappings of society in terms of expectations but then it’s our inner demons that contribute to the monsters that we essentially have inside,” says Kelvin Wong, the director of the local staging of The Bee.

This psychological thriller ends Theatresauce’s current season. This new theatre outfit was founded by Wong last year. A new Theatresauce season, as we learn, awaits in the first quarter this year. 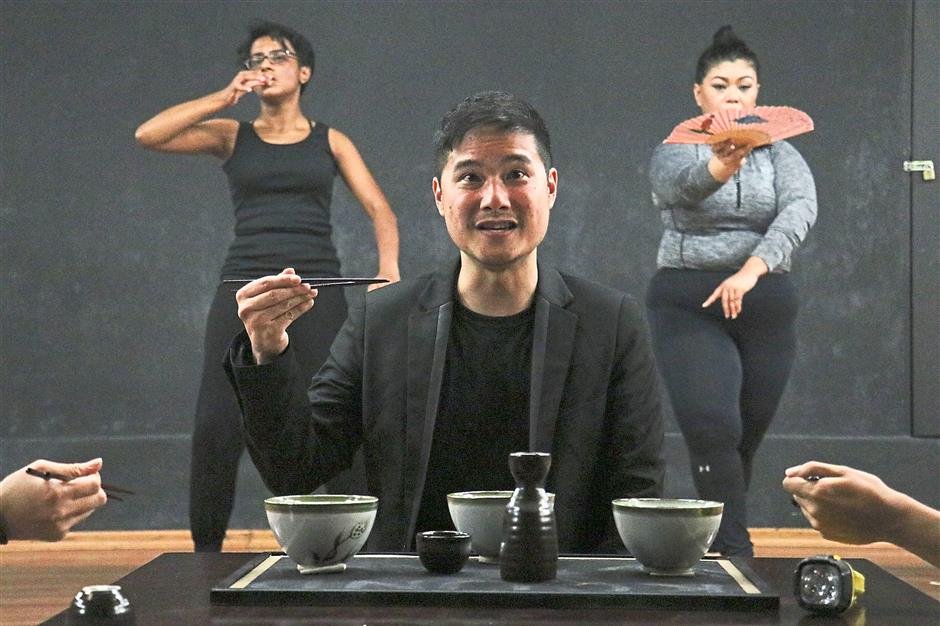 Chew plays salaryman Ido who finds strength in violence when his family is taken hostage by a fugitive.

Wong, 32, was first introduced to The Bee by Hideki himself back in 2006 when the playwright conducted a workshop at Aswara in KL.

The bizarre, twisted play really intrigued him. He even decided to direct it as part of his master’s programme in Chicago. He holds a Masters of Fine Arts in Directing from The Theatre School at DePaul University in Chicago.

Last year, the play found its way back to Wong as he planned Theatresauce’s programme, which also saw edgy productions like Contractions and 4:48 Psychosis staged.

As the story goes, The Bee centres around salaryman Ido, played by Chew, who arrives home one day after work only to find it barricaded. To his horror, he discovers that his wife and son are held hostage by an escaped convict from a nearby prison.

This is a classic tale about an ordinary man put in an extraordinarily circumstance. When the societal parameters and systems around you fail, the most viable option is to hit back. And in Ido’s case, this means becoming an aggressor himself, where he finds strength and power through violence. 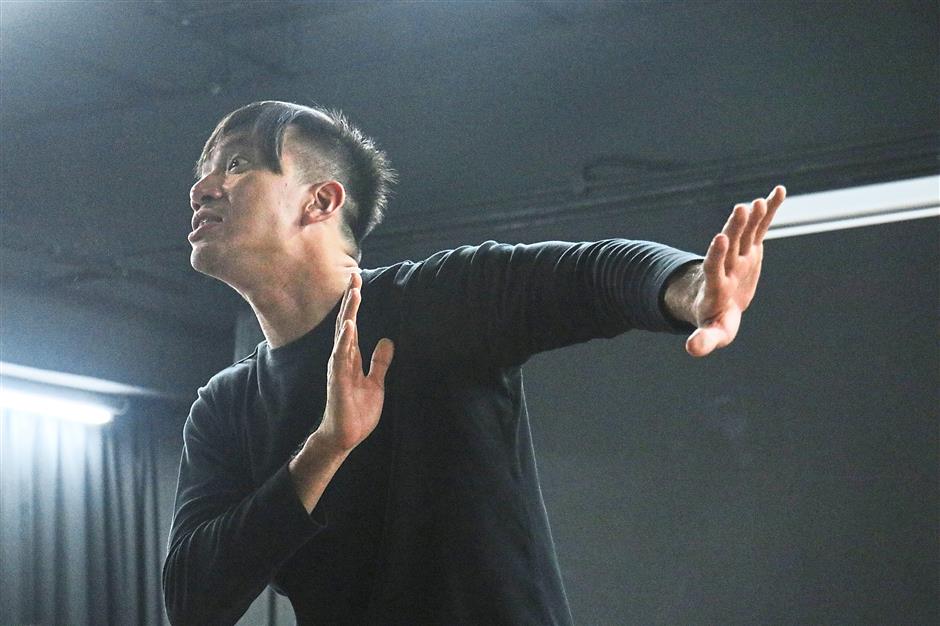 Alfred Loh, who plays Dodoyama, says the violence being played out on stage can be cathartic for the cast and the crowd in the theatre space.

“We have this lone man who is bullied by his environment because of the way that things work. He finds that he has to take matters into his own hands and as a result, he slowly turns into a monster. The more he tries to rescue the situation, the worse things become.

“And then comes the interesting question ... whose fault is it? Is it this man’s fault or is it the way that society works,” asks Wong. Interestingly, the play, which premiered in London’s Soho Theatre in 2006, was written as a response to the 9/11 attacks in the United States.

Ogoro (played by Razif Hashim) is the fugitive who holds Ido’s family hostage.

Ang, who plays Ogoro’s wife wife, says unlike Ido who decides to take matters into his own hands, her character is aware of what is happening.

“She just goes along with it. There is a point where she’s given the chance to take charge but she doesn’t. Ido chooses to fight and she chooses flight,” says Ang, 31, who was last seen in Kee Tuan Chye’s play Swordfish + Concubine last year.

Loh, who plays Detective Inspector Dodoyama, reveals that The Bee has a simple storyline despite its unsettling script.

“The violence, the changes it brings, the archetypes in it, they are all relatively simple,” says Loh, 34.

For Loh, the show thrives on the raw emotions and pent-up energy from the characters. They do reflect the grim mood of the evening.

“The show reflects the violence in your life. We want to live in a civilised society but we cannot run away from violence,” he adds.

'The Bee': Ever feel like pointing a gun at someone but not know if you'll shoot?