ArtAid17 fights the stigma against HIV and AIDS

Najib Ahmad Bamadhaj with his ArtAid17 contribution The Black Sheep With Golden Horns, which is now on show at the White Box, Publika in KL. Photos: ArtAid

Forty contemporary artists are part of ArtAid17, the third edition in the Malaysian AIDS Foundation (MAF) art exhibition series, which is now showing at the White Box, Publika in Kuala Lumpur till Sept 27.

This year’s exhibition themed Bebas (Freedom) features a cast of established and emerging artists. Their aim, through art, is to tackle stigma and discrimination – arguably the single largest barrier to HIV and AIDS healthcare here.

“Through effective prevention programmes, Malaysia has been successful in halving new HIV infections in the past decade. The Government has also been providing free to HIV treatment since 2006. However, only 40% of people living with HIV are receiving treatment, a very low percentage considering that free medication is provided by the Government,” says Professor Datuk Dr Adeeba Kamarulzaman, chairman of the MAF.

“As the MAF expands its efforts to address this situation through policy change and community empowerment initiatives, what better way to create awareness and a stronger sense of urgency than ArtAid17,” she adds.

The ArtAid series is the brainchild of Ahmad Zakii Anwar, an artist renowned for his still-life portraits and paintings. It began three years ago when he rallied his peers, including those from Indonesia, to help him raise funds for the MAF, of which he is a trustee.

Cinta Ayuandrea with her work Secret Admirer, which she contributed to this year's ArtAid edition.

“I am proud to see how much the ArtAid series has grown, from a group of artists who just wanted to contribute back to society to an annual art exhibition showcasing some of the most compelling works of our homegrown talents on subjects related to HIV and AIDS that are often considered taboo,” says Zakii, who is now an advisor of ArtAid17.

“While I, personally, avoid social commentary in my work, as an artist, I will continue to create platforms such as ArtAid so that my peers will have the opportunity to speak to issues that can effect social change,” says Zakii.

Noor Mahnun Mohamed, an artist, printmaker and art writer, returns for the second time as curator of ArtAid17,

“Building upon the lessons learned from last year’s ArtAid exhibition, which explored the theme of ‘love’, I feel there is a need to dig deeper into our conscience and examine the HIV and AIDS situation here that continues to be shrouded in myths and misconceptions,” says Noor.

“This year’s theme, Bebas, poses the existential question of freedom and liberation. As a society, we simply must catch up to the progress made in the AIDS response. It saddens me that, even after 30 years, we are still talking about stigma and discrimination. But until we put an end to it, the discourse must go on,” she concludes.

ArtAid17 fights the stigma against HIV and AIDS 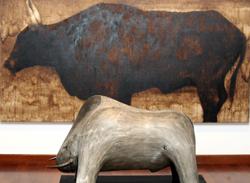 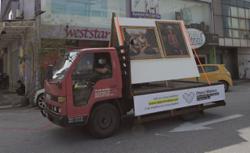