10 reasons why Booster Gold gets the gold standard

Booster Gold may well be the greatest hero no one knows about.

If there’s one man who can jolt the DC Extended (cinematic) Universe out of its present overly emo state and give it a much-needed boost, that person is ... Booster Gold! Yessiree, this man would not only be a booster shot (Ed: ok, enough “boost” references) for fan expectations and esteem but probably guarantee Zack Snyder’s continued employment as well.

What makes him the perfect candidate? Well, he’s a shameless self-promoter (like Deadpool), he steals albeit with valid reasons (like Scott Lang aka Ant-Man), he’s a walking billboard ($ponsor$hip$!) AND most importantly, he can put some “bwa-ha-ha” into DC’s dark, no-jokes movies.

In case you have never heard of Booster Gold and have no idea what or who he is, this year happens to be his 30th anniversary! Created by Dan Jurgens, the character made his debut in Booster Gold #1 (coverdated February 1986), and has the honour of being DC’s first major post-Crisis On Infinite Earths creation.

Boosters stage fright was so bad that he couldnt even get his name right in front of President Reagan.

He certainly made an immediate impact by saving then-US President Ronald Reagan from a shape-shifting assassin.

While this made him an instant hero, there were doubts about his true intentions, with the Man of Steel being his biggest doubter!

While Superman and Batman are always suspiciously paranoid of new heroes (and anti-heroes), what’s important to note is that Booster went on to carve out an interesting niche in the DC Universe.

After starting out as a glory seeker, he has now been elevated to a reputable time traveller – which has also transformed him from being mere comedy relief into a serious game changer. In recognition of his three decades of worthy deeds, we pay tribute to La Boost!

Man with no future

Michael Jon Carter aka Booster Gold may have made his debut in the 1980s, but he was actually from the 25th century! He hails from Gotham and was (will be? time travel is hard) a gifted college quarterback until he got expelled for match fixing.

Batman discovers that Booster tried to stop Barbara Gordon from getting shot by The Joker.

After his fall from grace, he could only get a job as a night watchman at the Metropolis Space Museum, which offered him some solace in admiring 20th-century heroes and villains.

Realising that his future is in the past, he used security robot Skeets to “borrow” a few artefacts – Legion flight ring, Brainiac 5’s force field belt, a pair of laser-firing gauntlets (presumably built by LexCorp), a power suit and cape. Using Rip Hunter’s Time Sphere, Booster went back into the past to rebuild his future!

What’s in a name

Not only is his costume a mix and match of other characters’ belongings, the jumbling continues with his name. Michael originally planned to call himself Goldstar (his college football nickname was Booster), but the excitement of saving the president caused him to accidentally mangle his name to ... Booster Gold! It could have been worse, as evident by the way some members of the DC Universe frequently address him as “Buster”.

The name Goldstar was eventually used by Booster’s company and his (late) sister Michelle, when she followed in her brother’s footsteps to become a superhero too.

For the record, when Booster first arrived in the 20th century, he used the name Jesus Alvarez, which was based on a credit card he swiped from the museum.

Booster ran into a bit of trouble with Superman at first.

Saving the president came with a price, as it placed Booster in the crosshairs of the media, corporate sponsors and ... Superman! Their first encounter was not cordial as Superman was not impressed with Booster’s “hero-for-profit” approach. Things got worse when Lex Luthor designed an android resembling Booster and it came equipped with a piece of Kryptonite! In the ensuing battle, Booster saved Superman and this paved the way for reconciliation.

Superman’s distrust of Booster was triggered by the sight of his Legion flight ring, which is only bestowed to “honourable members”. Anyway, Booster did play a major role in the Death of Superman event by slowing down Doomsday’s rampage.

... Comes great media coverage! Being a hero for profit certainly beats being a hero for hire, as Booster could save the world and benefit from it financially! His corporate sponsors included American Steel, Dante Foods, Dupree Chemical, Ferris Aircraft, Vertigo Comics and LexCorp (!). To complete his vanity cycle, he even had his own comic book (within a comic book) published by Blaze Comics!

His penchant for making money extends into the Elseworlds, as in the Kingdom Come reality, Booster is the owner of the Planet Krypton restaurant franchise.

Booster and Blue Beetles friendship is one of the most endearing ones in the DC universe.

Key to the laughter were core contributors like Booster, Blue Beetle, Maxwell Lord, Oberon and Guy Gardner, the perennial butt of all jokes. Offering a lighter perception of saving the world certainly brought the DC Universe’s mightiest heroes down to Earth and it gave other superheroes an opportunity to shine, instead of having the Big Three (Superman, Batman and Wonder Woman) hog all the attention.

The Blue and the Gold

For me, the best thing that came out of Justice League International is the friendship between Booster and Blue Beetle. Unlike the Superman/Batman, Flash/Green Lantern, or Green Lantern/Green Arrow friendships, their chemistry was different – they were more like Jackie Chan and Owen Wilson in Shanghai Noon (or Jackie Chan and Chris Tucker in Rush Hour), or perhaps Mel Gibson and Danny Glover in Lethal Weapon.

Together, they have been instrumental in saving the world, while pranking other heroes and getting pranked themselves numerous times. Ironically, it took Beetle’s death (in the Countdown To Infinite Crisis one-shot at the hands of Maxwell Lord) to define the true depth of their friendship.

In the 2007 relaunch series by Geoff Johns, Booster’s role in the DC Universe changed from bit-part comic relief to time-travelling game changer under the tutelage of time master Rip Hunter. Initially reluctant to help Rip address weaknesses in the time stream, Booster’s motivation came from the fact that this was his best shot at saving Blue Beetle!

Ignoring the butterfly effect, Booster did save Beetle from being killed by Lord but it came at a heavy cost – as the new time-altered world was dominated by Lord’s Omacs! It was a thrill to see the Blue and the Gold in action again, but eventually, Beetle had to sacrifice his life to ensure a brighter future for mankind.

Surprisingly, Booster and Batman are also friends, courtesy of the former’s time-travelling attempts at rescuing Barbara Gordon aka Batgirl from the Joker, the night before the fateful Killing Joke encounter which left her paralysed.

Booster even went back in time to try and stop The Killing Joke from happening.

Two important things we learnt from this escapade: certain events cannot be altered, because in every single rescue attempt, Booster received a thrashing from the Joker; and Kodak Moments do indeed last forever, as Batman discovered Booster’s presence via photographs left behind from the incident.

In the short-lived New 52 reboot of Justice League International, Batman even went so far as to endorse Booster Gold as the leader of the new team.

While I am quite happy with Booster’s overall character development, the most unorthodox sub-plot in his story has to be his relationship with Rip Hunter. On the surface, Rip is Booster’s time-travel mentor and a father figure of sorts, guiding him to become a more selfless hero.

However, the mind-bending truth is that Booster is actually Rip’s father! Old Booster had entrusted Rip with the task of overseeing Young Booster’s ascension from mediocrity into becoming ...

The greatest hero the world will never know!

There are heroes and anti-heroes, and then there are unsung heroes, which is where Booster fits in. A far cry from his early glory-seeking days, he now works behind the scenes to undo wrongs and correct time-stream anomalies.

Despite maintaining a low profile in recent years, his deeds are well known in the future – acknowledged by the Legion of Super Heroes’ brainiest member, Brainiac 5, who even had a hand in Booster gaining access to the artefacts he used to become a 20th-century hero!

10 reasons why Booster Gold gets the gold standard 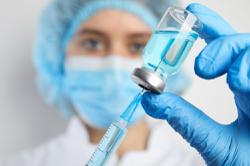 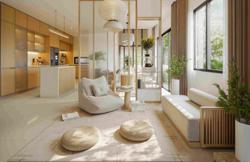