Alim Qasimov is revered around the world for his mastery of mugham. Catch his one-night only performance at Dewan Filharmonik Petronas on Sept 7. Photo: Alim Qasimov Ensemble

Back in 2012, Bjork, the Icelandic singer-songwriter, proclaimed that Alim Qasimov was her “favourite singer alive today!” Alim, 58, who is one of the foremost mugham (traditional folk) singers in Azerbaijan, definitely holds his own in the international music scene.

However that endorsement from Bjork brought his name to a broader audience.

The Alim Qasimov Ensemble is a major headliner at the upcoming DiverseCity 2015: Kuala Lumpur International Arts Festival (KLIAF) next month.

Alim and his group will be performing at Dewan Filharmonik Petronas (DFP) on Sept 7. The concert, billed as The Divine Beloved: Mugham Of Azerbaijan, is part of non-profit cultural organisation Pusaka’s series of curated shows at KLIAF.

“Some of the artists we have invited – Alim Qasimov from Azerbaijan and the marvellous Qawalls, Mehr and Sehr Ali – perform at some of the world’s greatest venues on a regular basis,” says Eddin Khoo, founder of Pusaka and curator of KLIAF's traditional programme.

“Nevertheless, as curators, we at Pusaka have tried to assemble a programme that highlights some of the most magical elements of traditional performance. You'll have everything from the variety in human voice to the nature of drama in traditional performances which you'll see in our stagings of Teochew puppetry by the incredible Ling Goh and a wayang (kulit) performance by the Kumpulan Wayang Kulit Seni Warisan Pusaka,” says Khoo.

"You'll also get to see the role of percussion in traditional performance, in ‘Rentak Bumi’. We also feature a very interesting group from Sarawak called Nading Rhapsody who combine contemporary music with elements of traditional Sarawak instrumentation and themes,” he adds.

The first of its kind in Kuala Lumpur, the month-long KLIAF is a celebration of dance, tradition, music, comedy and literature.

Themed “Rediscovering Our Heritage", the festival will showcase the diversity of Malaysia and other countries in the region. The KLIAF will take place in 20 venues across the city. For the Pusaka shows, the KL venues are DFP, Theatre KuAsh and Medan Pasar, while Auditorium MBPJ in Petaling Jaya is also on the list.

On the Asian front, Pusaka has scheduled shows featuring Vietnamese water puppetry, a heritage dance theatre company from Myanmar and a Qawwali performance from Pakistan.

“I thought it would be best to provide a mixture of forms and traditions that are immediately close to us – Islamic devotional music then. This is also the year of Asean integration yet we remain so remote from our families in the rest of South-East Asia hence a prominent line-up of performance traditions from around the region,” says Khoo.

The traditional performances on the Pusaka list at KLIAF are:

The Divine Beloved: Mugham Of Azerbaijan

Nothing gets more traditional than the mugham, a highly complex ancient folk art form from Azerbaijan which combines classical poetry and musical improvisation.

This magical genre will be presented here by the Alim Qasimov Ensemble from Azerbaijan.

Alim is renowned for his mastery of improvisation and his roots in the mugham tradition has brought comparisons to the late Nusrat Ali Fateh Khan, the qawwali legend.

Alim is also known for his collaborations with musicians as diverse as the Kronos Quartet and Jeff Buckley. Alim will be joined by his daughter Fargana Qasimova and their ensemble in Kuala Lumpur.

Recognised as the Masterpiece of Oral and Intangible Cultural Heritage of Humanity by Unesco, the mugham has seven main modes, each of which is linked not only with a particular scale and melodic pattern, but also with certain moods and ceremonies. 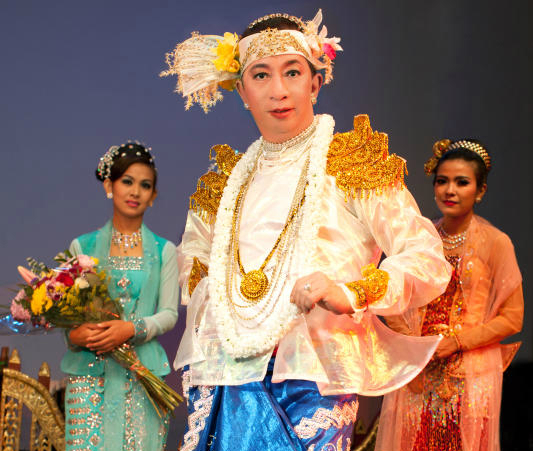 The Shwe Mann Thabin dance theatre company from Myanmar will present the zat-pwe and excerpts of the Burmese dance version of the Ramayana on Sept 11 and 12. Photo: Myo Moe

Stars Of The Burmese Stage

Presented by Myanmar’s Shwe Mann Thabin dance theatre company, this performance features 25 of Myanmar’s greatest living dancers and musicians. Helmed by dance master Shwe Mann U Win Maung, the company will perform the zat-pwe and excerpts of the Burmese dance version of the Ramayana.

The zat-pwe, rarely seen outside its native land, is a stylised dance theatre that is rooted in the monarchical past of the country. Be prepared to be mesmerised by the ancient music and songs and enthralled by the court dramas and the intricate dance sequences. 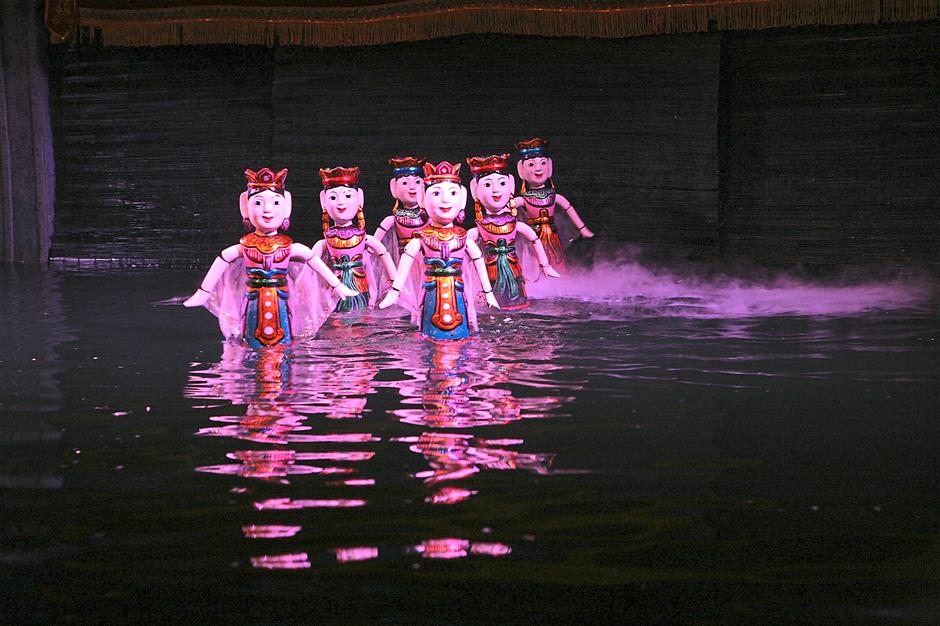 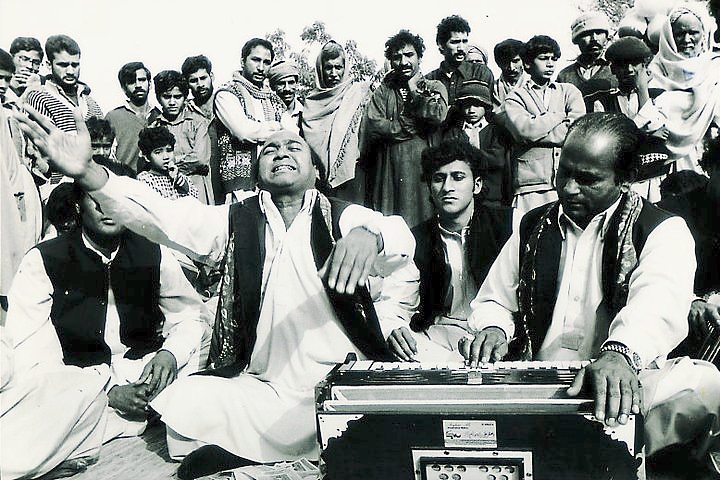 The Divine Beloved: Qawwali Of Pakistan

Back in 2007, Pakistan’s Rizwan-Muazzam Qawwali Group left music enthusiasts spellbound with its shows in Kuala Lumpur. It’s been a long wait for more mesmerising qawwali nights here. But you can count on grandmasters Mehr Ali and Sher Ali who will helm a qawwali performance, a highly energetic musical performance of Sufi poetry, under the Pusaka banner soon.

Dating back to 8th century Persia, the qawwali genre has never ceased to delight with its themes of divine love, the sorrow of separation and mystic union. This upcoming Mehr Ali and Sher Ali performance promises to be a deeply spiritual experience for the audience. 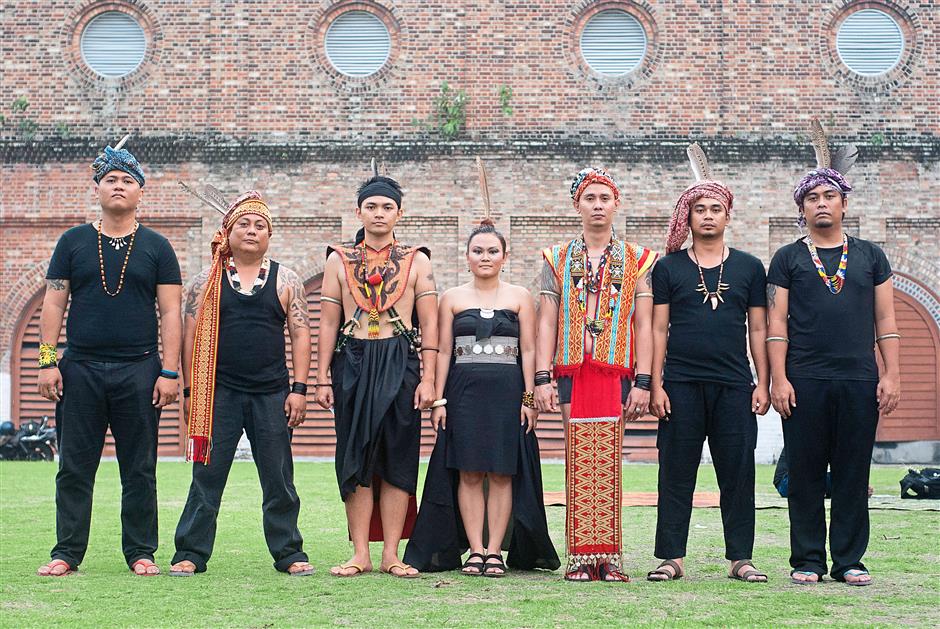 Essences, featuring Nading Rhapsody from Sarawak and Dewangga Sakti from Kuala Lumpur, will bring you on a musical journey that explores our indigenous roots.

“We are so often strangers to our own traditions at home and this festival is a great opportunity to gather them,” says Khoo about the importance of putting homegrown acts on stage.

Kuching-bassed Nading Rhapsody is made up of young musicians from various ethnic backgrounds who are determined to bring back the distinctive spirit of ethnic folk tales and songs.

Elsewhere, Dewangga Sakti’s mission is to bring age-old ethnic Malay music to the contemporary audiences of today. The group revives traditional dance forms such as zapin, inang, asli and joget which make up the foundation of Malaysia’s folk musical tradition. 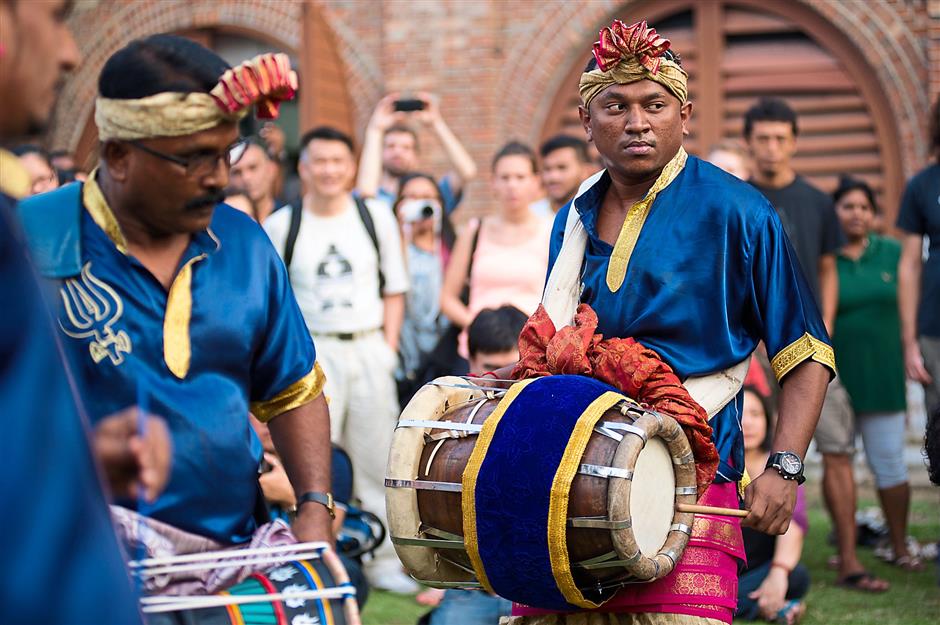 For a tribal, rhythmic and spiritual experience, look no further than Rentak Bumi. Here is an offering of six performances that feature drumming and clapping, traditions deeply rooted in our culture.