A faithful wife. A doting mother. A selfless homemaker who also works hard for her money. A supermodel beauty who covers herself and protects her modesty.

These ideas of a “good” woman are deeply etched in our social consciousness.

But have we ever asked ourselves who planted them there? Whose ideas are they? Who judges what is “good” or “bad”?

– but if I ask someone, ‘Are you a good Malaysian woman?’ her reaction will likely be what do you mean by ‘good’? 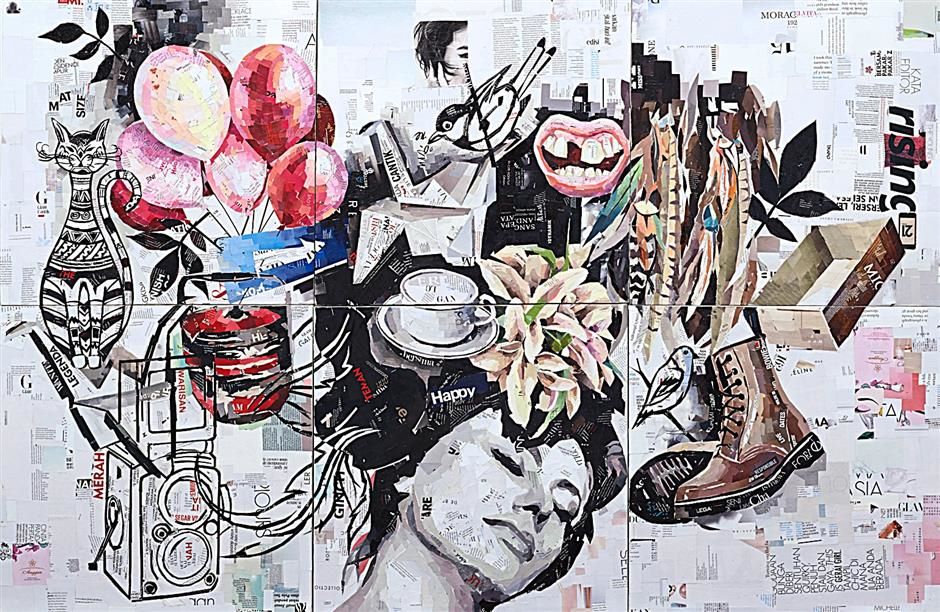 All In Grace by Anisa Abdullah.

“This is what we want to do: to poke people into reflecting about what is accepted as ‘good’ (in women) by society,” says Sharmin Parameswaran, one of the curators of the show.

As Awam assistant programme manager Lee Wei San points out, while some stereotypes have been entrenched in society for a long time, the growing politicisation of ethnic and religion in Malaysia today is further affecting women’s sense of self, community and nationality.

“Intolerance around ethnic and religious issues has particular effects on women. Women, more so than men, are pressured to speak, behave, or dress in specific ways. Women are also stigmatised or persecuted when they do not conform to accepted gender roles, or fit within what society imagines as the ‘the good Malaysian woman.’”

Crucially, the exhibition is an attempt to represent women from their own eyes while celebrating their diversity and complexity. 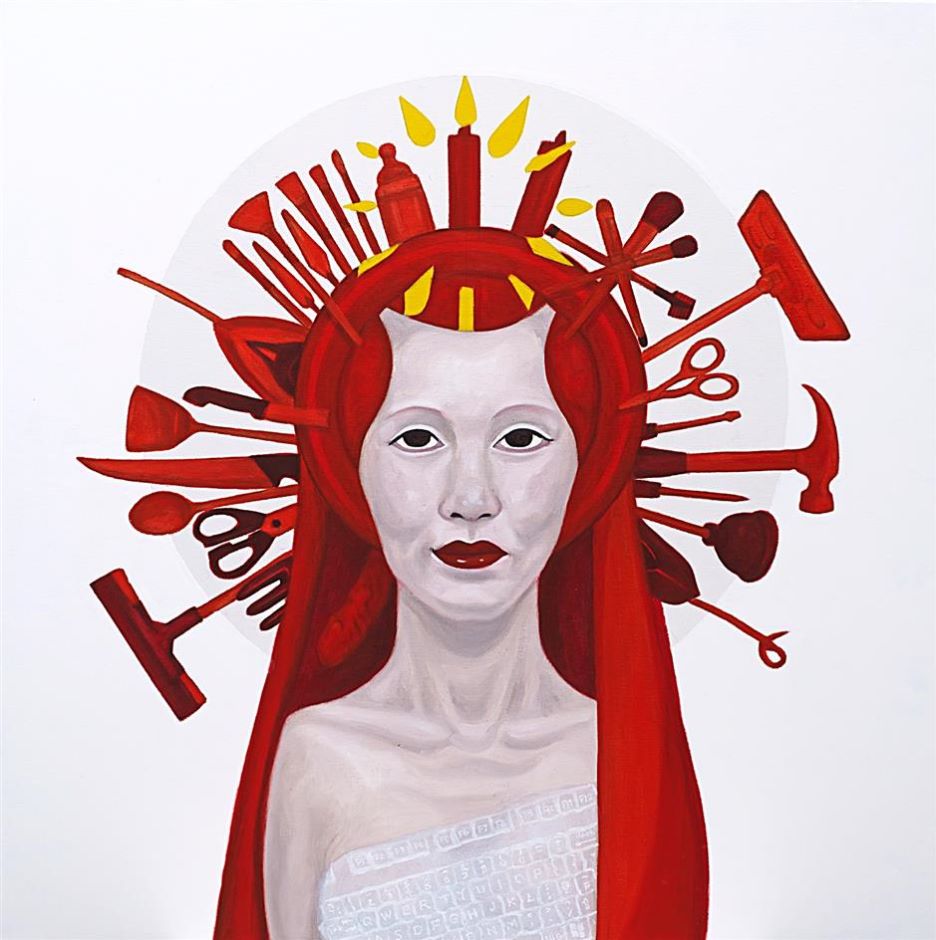 “We wanted to make it about women projecting images of their own construct, not of somebody else’s construct. And here we have 22 different ways of looking at what it means to be a woman in Malaysia today,” adds Sharmin’s co-curator Sunitha Janamohanan.

“We looked for female artists who were already addressing current issues in their practice.

“At the same time, we wanted as broad a mix of women artists as possible – of different ages, at different stages of their career and from different ethnic mix and religions - to represent the diversity of Malaysia,” says Sunitha.

Of course, women’s issues in Malaysia are never free from cultural sensitivities. How do the curators deal with this?

“True, some of the issues are taboo and there is a lot of censorship on the female form but the artists are conscious of that and take it into account when expressing themselves.

“It is all about how you negotiate society’s expectations of what is right and wrong, which is linked directly to the issues we are exploring here,” says Sharmin.

Ultimately, it is about the context.

“We hope people can understand the context of the works and what the artists are trying to say about the issue before getting unnecessarily offended,” she adds, stressing that the beauty of art is to trigger thought and challenge people to see things and life in different ways.

So, what is “a good woman” for the women behind “The Good Malaysian Woman”?

Sunitha believes she doesn’t exist, “We are what we are.”

to each woman her own, “It should be what you are happy with. As clichéd as it sounds, you should define the ‘good’ yourself.”

> "The Good Malaysian Woman: Ethnicity, Religion, Politics" exhibition is on from today to May 25 at Black Box, MAP Publika, in Solaris Dutamas, Kuala Lumpur. Some of the proceeds from the sale of the works will go to Awam.