Inanimate objects are given life in The Print Room’s exhibition, It’s Still Life.

IF there is one thing that still life photography tells us, it’s that simple, everyday objects can be far more extraordinary that we can possibly imagine.

For its eighth exhibition, The Print Room moves move away from the documentary-style photography of its past few shows to focus on still life photography.

“It was about change. The students were getting used to going out and doing documentary (photography) and I wanted to rattle the cage a bit. I introduced still life to them … where they had to make something from nothing, really. It was initially very hard for them because they’d never done it … to actually sit in the studio and create a body of work from nothing and create the lighting and everything ... it was a challenge,” says Gadd, who is the director of The Print Room.

It’s Still Life, he shares, is the result of several month’s of hard work.

Thomas Sieffert’s Bouquet Of Fish #1 reminds us that our fears and nightmares exist in the present ... regardless of whether we believe in reincarnation, paradise or some kind of transformation on a molecular level.

“There is some good stuff in here. I’m really happy with the work but it took months of hard work. Many of these photos had to be shot over and over again,” he says, explaining that the students had to “revamp their visual instincts” and move away from the street-photography mode which they’d honed their skills on.

“It was all new to them. Alex, for example, started out photographing fruit bowls and flowers, which is what people generally associate with still life. But it wasn’t working ... because, well, it wasn’t him. So I suggested he use his dolls as subjects – he collects these Manga dolls which he gets from Japan – because these told his stories,” shares Gadd.

Paul Gadd's series of photos for It's Still Life are personal, representing his childhood, family and issues.

In his series of photos, Chan used the dolls to hint at topics which not spoken off openly in socket, such as drug abuse, homosexuality and paedophilia.

“The work is very personal, naturally. It tells their stories,” Gadd explains.

The work displayed in the show is varied - from deeply personal issues to existential concerns and social issues, It’s Still Life showcases the uniquely individual visions of contemporary life.

All the photographs were shot on film, which Gadd feels is essential in the process of learning photography.

“We don’t do anything digital. I think to learn about photography as a process, it is important to shoot on film. You really learn to appreciate and respect the art

which is very important,” he says. 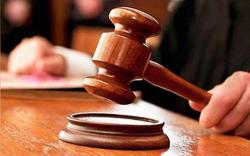