The champs are here: The Teen Titans team was among comics’ premier super-teams in the 1980s and early 1990s thanks to the efforts of creators like Marv Wolfman and George Perez.

The senior superhero teams may hog the limelight, but their teenage counterparts are no pushovers either.

The combination of superpowers with teen angst and exuberance may seem like a recipe for disaster, but over the years, there have been a number of successful teen superhero teams.

The Teen Titans, Young Avengers, New Warriors, Young Justice, Gen 13, Runaways ... although many of these teen teams started out as a way for the major superheroes’ sidekicks to see some action, they have proven over the years that they are just as good as, and in some cases even better than, their senior counterparts.

The adult superheroes may be hogging the movie headlines these days, but that could change with the release of the Big Hero 6 animated movie next week.

While the Japanese Government-funded super-team (which included X-Man Sunfire) was not exactly a teen team when Steven T. Seagle and Duncan Rouleau created them in 1998’s Alpha Flight #17, the upcoming film seems to have retconned the property into a team of superkids from the futuristic city of San Fransokyo led by 14-year-old robotics genius Hiro and his adorable robot Baymax.

Although Big Hero 6 won’t be part of the Marvel Cinematic Universe, the fact that it’s a Marvel movie is already exciting enough, and it could pave the way for more teen teams to make their way to the big screen.

In view of that, I've decided to list my five personal favourite teen superhero teams that I hope will make the silver-screen transition if Big Hero 6 is a big enough hit!

While the present generation may associate the team with that Puffy Ami Yumi theme song (you know, the one that goes “Teen Titans, GO!”), there’s no denying that they were the top team in the 1980s, upstaging even the X-Men.

The team started off as a “JLA Juniors” team in The Brave And The Bold #54 (1964) with the trio of Robin, Kid Flash and Aqualad, the Teen Titans later did their fair share of saving the world (and universe).

Courtesy of epic runs by Marv Wolfman-George Perez (1980s) and Geoff Johns (2003-2007), the team’s depth and breadth have grown immensely in terms of its roll call and influence in the DC Universe. With members like Dick Grayson aka Robin/Nightwing graduating from Batman’s tutelage and Wally West aka Kid Flash later claiming the Flash mantle, you could say that the Teen Titans is like a pre-superhero institute of higher learning.

Throughout the years, the Teen Titans’ experiences, both group-wide and character-specific, have defined the team, defying the odds in stories like The Judas Contract (Tales Of The Teen Titans, Vol 1 #42-#44, Annual #3) and the Trigon Saga (New Teen Titans Vol 2 #1-#5).

Individually, they set the benchmark with standalone tales such as A Day In The Lives... (New Teen Titans Vol 1 #8), Who Is Donna Troy? (issue #38) and The Wedding Of Donna Troy (issue #50). While these efforts breathed realism into the Titans, they, more importantly, reaffirmed that heroes do indeed have a life outside of saving the world! 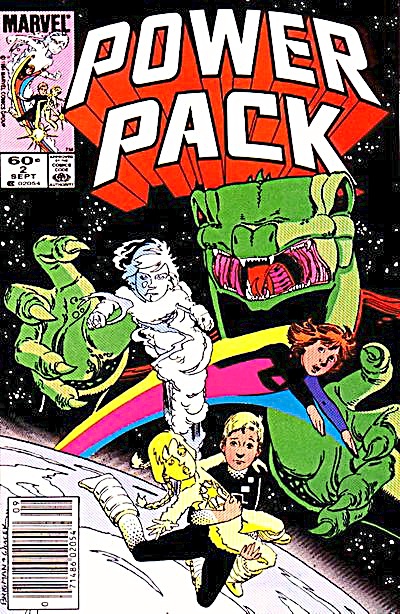 “When kids go power!” Boy, I used to love that tagline when this team of siblings used it to mark their foray into the Marvel Universe in the mid-1980s.

The team was born when a chance encounter with an alien gifted Alex, Jack, Julie and Katie Power with the powers to control gravity, to alter mass, fly at lightspeed and shoot off energy-laced balls, respectively!

Meeting Spider-Man (Power Pack #6) got Power Pack through the door into the hustle and bustle of the Marvel Universe, followed by supporting roles in mutant-based mega-events like the Mutant Massacre, Fall Of The Mutants and Inferno. Their bit-part roles in these events still pale in comparison with their contribution towards addressing social issues that could not be solved with an Uru hammer or an adamantium shield, such as child abuse, runaways, kidnapping, gun violence, homelessness and bullying.

Before they can embark on anything major in the future, though, some family counselling might be needed in the Power home, as recent developments have left the siblings’ relationship strained. 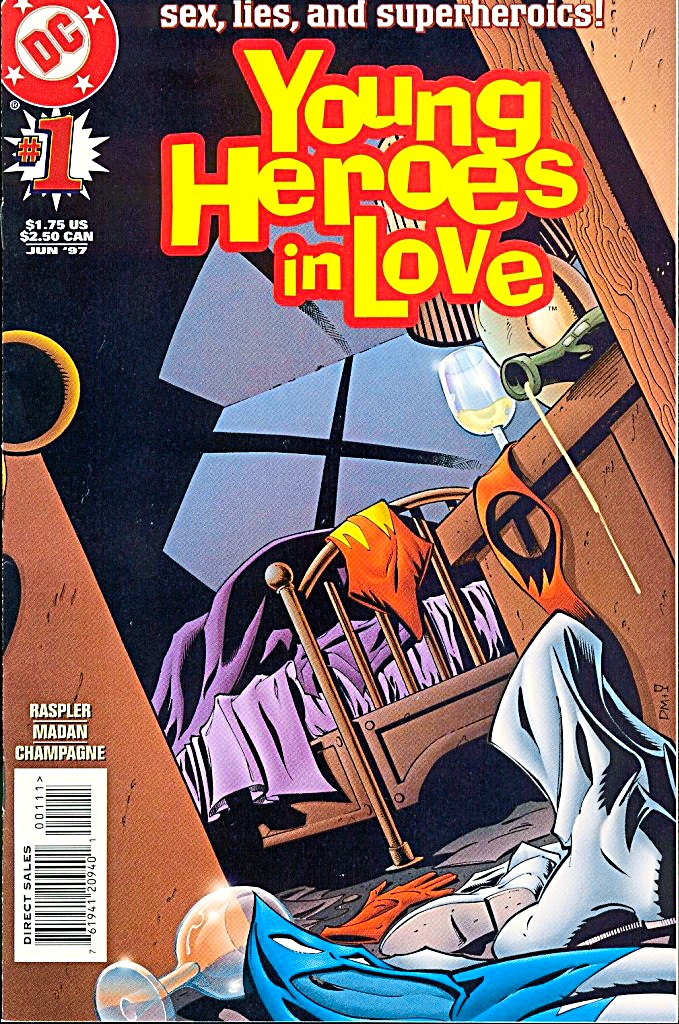 A mash-up of the Avengers and X-Mens worst qualities, Young Heroes In Love was actually fresh and thought-provoking because of it.

In ... what? Take 1980s TV show Misfits Of Science, the Great Lakes Avengers, and the Legion of Substitute Heroes and put them all together and you’ll get Young Heroes In Love, a regular team series released by DC between 1997 and 1998. Its 18-issue run introduced a team of big-time losers called the Young Heroes, comprising Hard Drive (team leader, telepath, control freak and eventually Connecticut’s governor), Off-Ramp (portal-transporter), Monstergirl (shapeshifter), Bonfire (pyrokinetic), Thunderhead (superstrong), Frostbite (ice powers), Junior (the 15cm-tall brains of the team), and Zip Kid (Wasp-like).

Creators Dan Raspler and Dev Madan had intended for the group to be like a “garage band” of superheroes. On hindsight, it does seem like a mashup of the Avengers and X-Men, complete with all their worst characteristics; but this was what made them so interesting and thought-provoking in the first place! 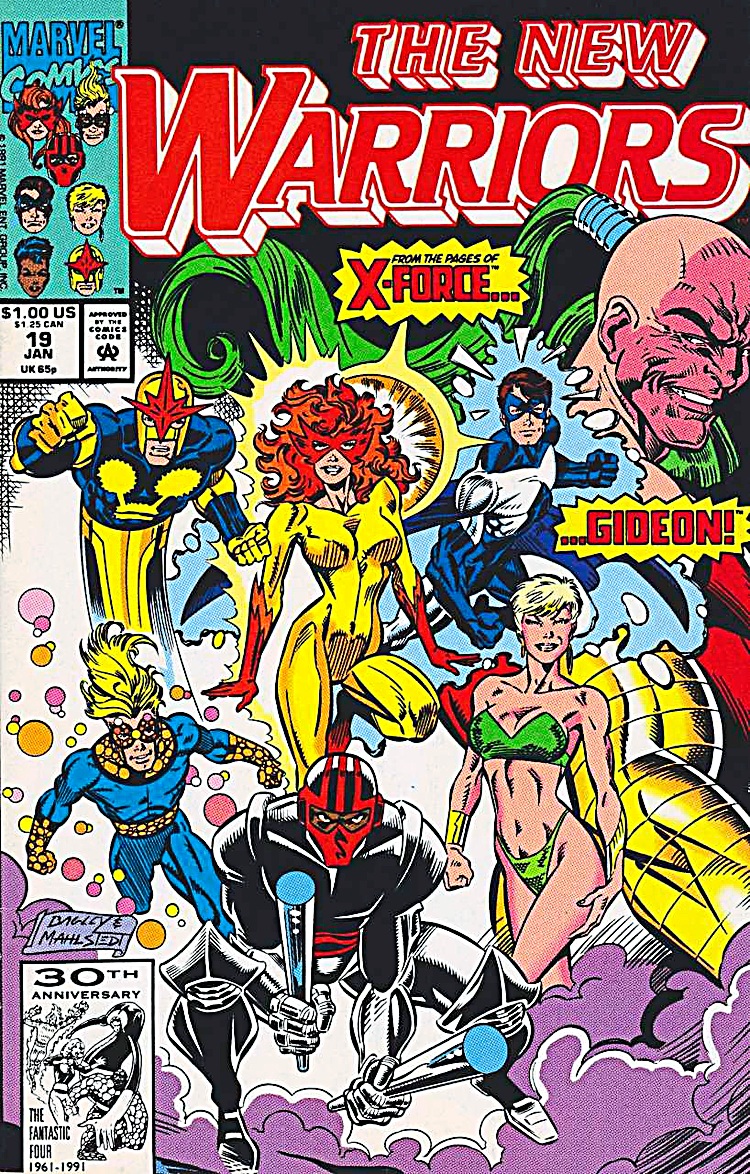 If the Marvel Cinematic Universe is going to be faithful to the Civil War storyline, then The New Warriors should find their way to the big screen.

With the success of the Marvel movies, I’m hoping the studio would be willing to explore a whole other dimension with the New Warriors. After all, they’re an obvious nexus to both the Avengers and the Guardians Of The Galaxy, thanks to some common affiliations, such as Nova.

The New Warriors started off as a team of Marvel supeheroes’ sidekicks and teen characters, and since its inception in 1990 in the pages of The Mighty Thor #411 and #412, the roll call has included the likes of Firestar, Marvel Boy, Namorita, Dagger, Scarlet Spider, Speedball, Darkhawk, Debrii, Decibel, Gauntlet, Helix, Hindsight ... you get the picture.

With Marvel recently announcing that Captain America 3 will be subtitled Civil War, this could be a great opportunity to introduce the New Warriors into the Marvel Cinematic Universe; though their involvement in the comic Civil War event isn’t exactly hero material – the team kick-started the conflict between Iron Man and Captain America after a botched supervillain arrest went horribly wrong, resulting in Nitro the exploding man blowing up in a residential area, killing 612 civilians.

Here’s a better idea – Thanos attacks Xandar, whose first line of defence, the Nova Corps, are no match for the Mad Titan. An SOS is sent to the Guardians, who happen to be on Earth, and the message is intercepted by the Avengers, paving the way for the mother of all crossovers.

However, owing to Robert Downey Jr’s reluctance to return to the Iron Man suit too many times, the Avengers are relegated to benchwarmers this time around. And when Star-Lord’s sing-and-distract tactic fails to work a second time, the Xandarians, out of desperation, bestow the combined might of a hundred Nova Corp soldiers into one Nova (it doesn't matter if it’s the original Richard Rider version or the present-day Sam Alexander one), and he forms a team of young heroes to save the day.

Hey, it could work, right? Popular as it was initially, Gen 13 never achieved its potential thanks in part to poor scripts and the DC-Wildstorm merger.

Way back in the early days of the Image Universe when almost every other hero seemed to have a fetish for capes, chains or cybernetic parts, Wildstorm’s Gen 13 title stood out because of the much more conventional attire of its superheroes.

The team’s members – Caitlin Fairchild, Freefall, Sarah Rainmaker, Grunge and Burnout – were true trendsetters, banking on Jim Lee’s influence (he was the series’ co-creator, together with the enigmatic Brandon Choi), and (then) rising star J. Scott Campbell.

The team of “gen-active” teens have had a roller-coaster career; with most of its popularity coming during its early days (remember the 13 variant covers for Gen 13 #1, including the DIY cover?).

Unfortunately, poor scripts and the effects of the disorderly DC-Wildstorm merger in 1999 placed this immensely promising team in a state of limbo. Which is not a bad place to look for your next hit cinematic franchise.