Visitors to BookFest@Malaysia 2014 next week will get to learn from master chefs during Cook-Out Day.

Does good food and do good books excite you? Then get ready to go "nom nom" over a double treat of a gastronomic feast at a literary fest. This year’s BookFest@Malaysia, a nine-day festival that opens today at the KL Convention Centre, will host a Cook-Out Day among its events on Tuesday July 29.

The day-long cookbook affair (11AM-8:45PM) will include demos by celebrated chefs from around Asia and a “cooking marathon” to celebrate the 90th anniversary of Popular Book Co (M) Sdn Bhd, the BookFest organiser. Cook-Out Day happens at the English Pavilion in KL Convention Centre's Hall 5.

Among the culinary tomes published by Popular is One Day, One Dish: 365 Selected Home-Cooked Recipes book – and four chefs featured in the book will demonstrate two recipes each at the event. In total, visitors will see eight hours of cooking at the festival! 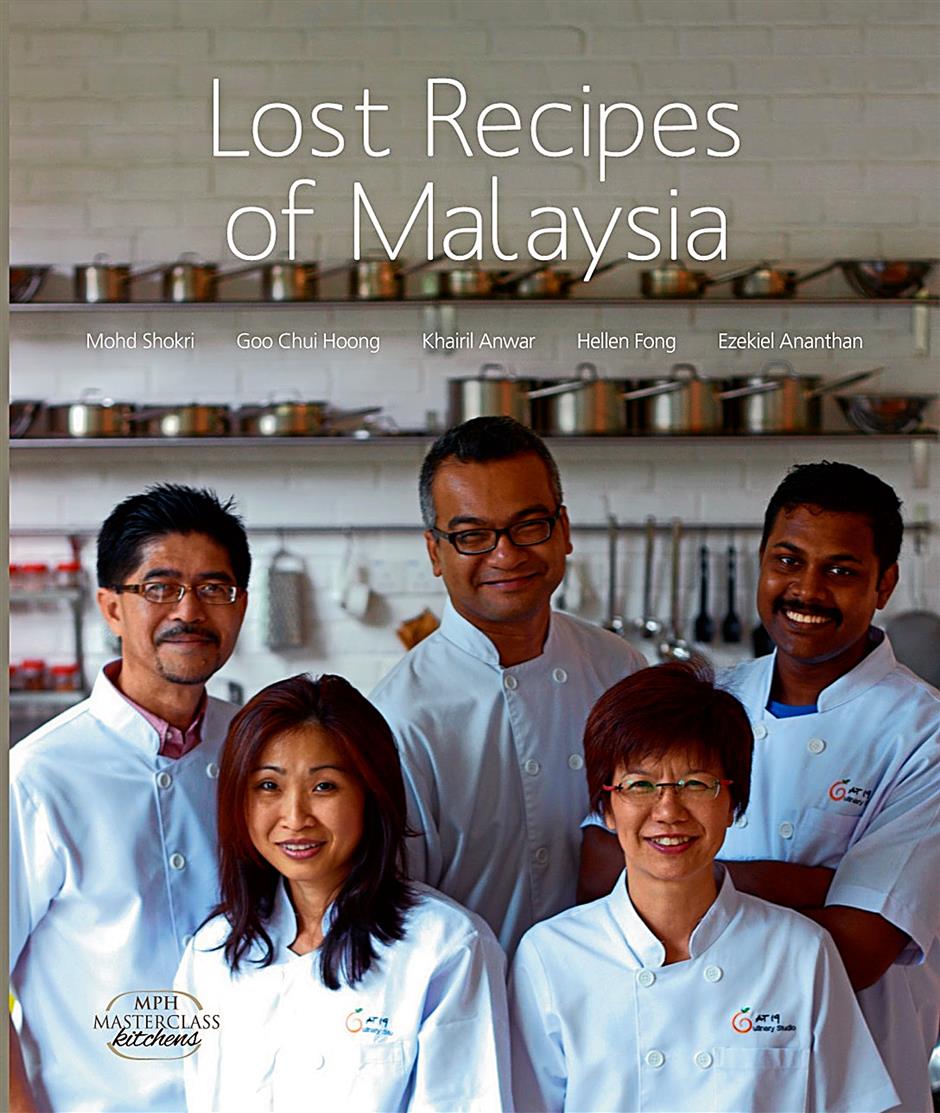 Rediscover some of Malaysia's missing flavours with Chef Hellen Fong (second from left).

Chef Korn (real name Trakool Yodsuk) is the executive chef at Erawan Classic Thai & Fusion restaurant in Kota Damansara, Selangor, which was Miele Guide's Top 5 Malaysian restaurants of 2011/2012. This Thai culinary master is known for his artistic approach to cooking – a result of his other passion, acrylic painting.

Though his delicacies are highly influenced by his grandmother’s cooking, the Bangkok-born chef doesn’t follow recipes slavishly. He lives by the “cooking by tasting” mantra, and its success as a culinary philosophy certainly shows in his dishes.

Meanwhile, you can rediscover some of the lost flavours of Malaysia's vast multicultural food heritage, and learn how to recreate them with Chef Hellen Fong, one of the authors of Reviving The Lost Recipes Of Malaysia. And if Peranakan fusion food is to your taste, catch Chef Ricky Ng, winner of the 1992 “Best Chef of Europe” award and the author of several cookbooks. Ng is skilled in Thai, Malay, Indian food, and Western fine dining cuisine, and like Chef Korn, his dishes find their roots in the women of his family.

There’s also the irrepressible Chef Wan (Datuk Redzuawan Ismail), who will be firing up his recipe book – just not on Cook-Out Day. On Sunday August 3, the last day of BookFest, he'll be promoting 400 Resipi Terbaik Chef Wan, a testament to his culinary achievements. Of course, he'll be performing one of his entertaining cooking demos as well.

> BookFest@Malaysia 2014 runs from July 26-August 3 at the KL Convention Centre, 10AM-10PM. Admission is with the purchase of the BookFest catalogue at RM2.50 per copy, or RM10 for multiple entries over nine days. Catalogues are available at all Popular and Harris bookshops nationwide and at the BookFest entrance. No charge for students below 18 and seniors over 60. For complete details, visit bookfestmalaysia.com. Star Publications (M) Bhd is a media partner of BookFest@Malaysia 2014.