Written in 1973, then stolen and left in a storage locker for almost 40 years, the late novelist Pearl S. Buck’s newly unearthed final novel The Eternal Wonder traces the story of a young gifted man whose search for meaning and love takes him across the world.

It’s hard to imagine a China so remote in Western imagination that a single American writer could serve as one of the few popular translators of its culture. But that was a status Pearl S. Buck carried after her 1931 novel The Good Earth launched a prolific career that made her a global celebrity. She won a Pulitzer prize for the book, and a Nobel prize in 1938 for the body of her work. 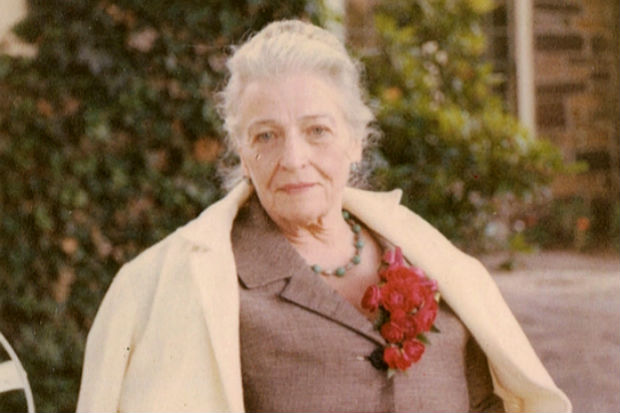 Bridge across cultures: Pearl S. Buck, the Nobel and Pulitzer Prize winning novelist, sitting for a photo on her 70th birthday in 1963. Having spent her youth in China as the daughter of American missionaries, she had hoped to visit the country one last time with US president Richard Nixon's entourage on his historic visit to China in 1972. But to her disappointment she was turned down — a year later she passed away.

The four decades since her death have seen her profile dimmed, but the discovery and publication of a final book The Eternal Wonder, written in has drawn new attention to Buck. It depicts the formative years of Randolph Colfax, a genius who travels the world seeking meaning and love, accompanied by a Chinese-American woman he meets in Paris.

The draft manuscript – completed in the year before she died in 1973 – was discovered in 2012 in an abandoned storage locker in Texas. Before it turned up, not even Buck’s heirs knew of its existence. It’s since been speculated that the manuscript was stolen from Buck’s home in Vermont after she died. Who stole it? No one knows.

The task then fell to her son and literary executor, Edgar Walsh, to edit the book. In an interview with Reuters, Walsh spoke about how he prepared the book for publication and its contribution to his mother’s literary legacy. 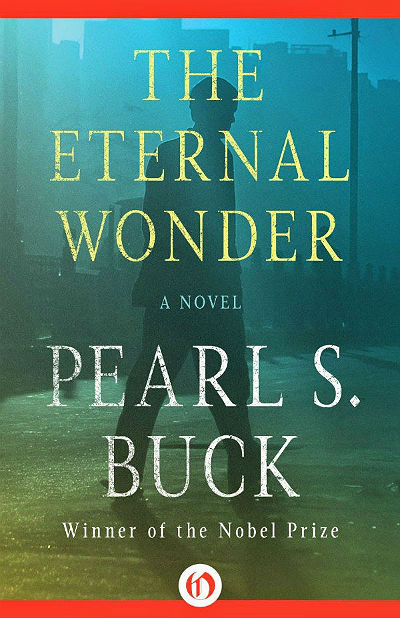 How does this book add to Pearl S. Buck’s body of work?

The Eternal Wonder is in some ways a crypto-autobiography. It’s Pearl Buck creating a character, a young man who could be her, who knows from the get-go that he is special. She makes a statement of her own personal journey and her own personal philosophy. It’s an emotional and intellectual voyage.

Pearl Buck always felt that she remembered everything from the time she was born. She had a unique mind, and you’ll get to know her a bit if you read The Eternal Wonder.

My father, her publisher, said, “If you are going to write novels, there’s three things you’ve got to have: Food, money and sex.” There’s food, money and sex involved in The Eternal Wonder. And it is Pearl Buck. It’s entertaining.

My mother died in 1973 at the age of 80, so she wrote this book at a time when she was ill and under a lot of stress. We had to do a considerable job of editing because the manuscript was in first-draft form, and it had not been copy-edited, and timelines were off and so forth. We set up a whiteboard. Every time Pearl Buck gave us a date or an age we’d write it down, and then we’d find out that we had to change it.

It was a fairly complete novel. We just had to do what my father would have done. What we had in the home there was a little factory producing books. She sat in one office and wrote; he sat in the next office and edited and published and sold her books.

What kind of feedback have you gotten?

It’s had a very interesting reception. I got a letter from a man and he said, “Never before has anyone been ever able to do accurately depict the workings of a mind of a genius; yet Pearl Buck did it.”

What impact can this book have on her literary legacy?

Her literary legacy like Pearl Buck herself, is a varied one. If you use literary in the sense of the writing of a novel, that’s one aspect. But then the literature that flowed from her pen on politics, on civil rights for our African-American community, for protections for the mentally handicapped, her work for adopted children, you get a legacy that is both literary and social that is really quite remarkable.

I remember a conversation I had with her. She said, “I have a problem - I was too successful, too quickly. I’m too easy to read and academics don’t like me for that. And critics didn’t like me because I make too much money.” Then she went on to say, “I know my audience. I know to write for people who like to read.” She said, “If I wish to, I could write a very obscure, difficult novel, but I don’t want to do that.”

What has electronic publishing meant for her profile?

It’s become very expensive for traditional publishers to maintain their backlists. Publishers about 25 years ago began cutting back their backlists. What’s happened with e-books is wonderful for older writers, deceased writers - you can simply take one copy, scan it into a computer and you make it available – an infinite printing run. I am amazed at the sales numbers that we’ve had. There’s a huge audience out there.

How would Pearl S. Buck perceive and write about China today?

I think she would focus on certain eternal verities about Chinese society, Chinese culture. She would not try to predict the political climate. The Good Earth made many Westerners recognise that, if the Chinese were not exactly like us, they were part of humanity. It hasn’t differed that much from the 1930s. I don’t think she would see a great deal of difference.

She is very seriously studied in China now, as a builder of bridges between China and the West. She was anathema to Mao Zedong and his wife, but that’s changed. – Reuters